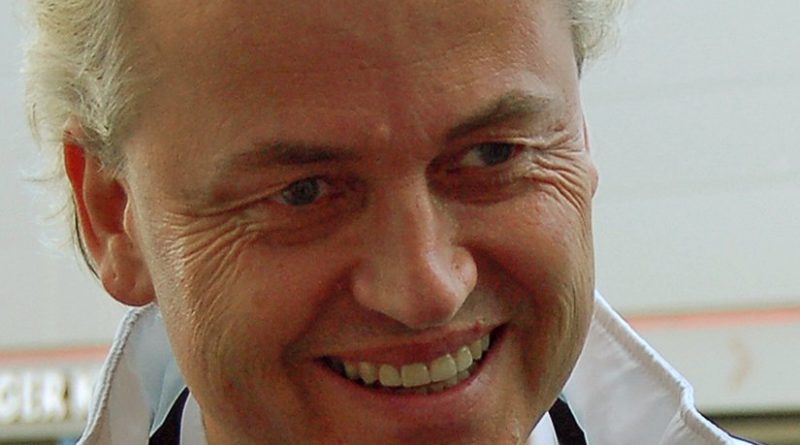 By Diet Immarie A. Salazar*

In this day and age, the trend of turning to conservative ideals, in contrast to the formerly preferred liberal, Western-established ones, has become increasingly prevalent in Europe. Migration crisis, Euroscepticism, terror attacks, economic dissatisfaction, and unemployment are some of the questions encouraging Europeans to seek a solution from conservative options.

Essentially, populist politicians often attach principles to populism, with nativism on the right and socialism on the left, for instance. When dealing with issues such as the refugee crisis, Europe tends to lean on the right. Likewise, there are two categories of populism: inclusive and exclusive. Inclusive populism focuses on opening up to minorities and is practiced in Latin America, while exclusive populism shuts out stigmatized groups like refugees and is usually predominant in Europe.

The building blocks of right-wing populism consist of producerism, anti-elitism, anti-intellectualism, and moralism. The building blocks also include a form of patriotic nationalism that frequently upholds ethnocentrism, nativism and xenophobia, and majoritarianism, an idea that believes in sacrificing the rights of minorities for the will of the majority.

Consequently, this phenomenon manifests itself in the policy-making of European governments.

Across Europe, right-wing parties are becoming electorally successful, albeit sparing France. People’s Party-Our Slovakia, a far-right party against the Roma minority, immigrants, European Union (EU) and North Atlantic Treaty Organization (NATO), won eight percent of the vote in the March 2016 parliamentary elections in Slovakia. The neo-fascist Golden Dawn, the third largest party that won eighteen seats in Greece, is extremely anti-immigrant and anti-euro. The Alternative for Germany (AfD), which started out as a protest movement against the euro currency, has managed to attract anti-immigrant, anti-Muslim, anti-liberalization, and anti-European voters, and won 25 percent of the vote in the German state elections.

Austria’s Freedom Party campaigns on limiting benefits for immigrants and strengthening the country’s border control and holds 40 of 183 seats in the National Council. Europe’s most hardline anti-immigrant prime minister, Viktor Orban, is the head of Fidesz Party, a national conservative political party in Hungary. Last October, more than 98 percent of those who participated in the Hungarian migrant quota referendum supported Orban’s call to close the door on refugees. Moreover, an anti-immigration, anti-EU, anti-LGBT, and economic protectionist party called Jobbik is currently the third-largest party in Hungary.

Leading in polls before for the March 2017 Dutch parliamentary elections was Geert Wilders, frontrunner for the far-right anti-European Union, anti-Islam Party for Freedom. The National Front makes use of populism to endorse its anti-immigrant, anti-European stance. United Kingdom’s Prime Minister Theresa May is Eurosceptic and belongs to the right-wing Conservative Party. Also, the pro-Leave UK Independence Party (UKIP) led by Nigel Farage used the refugee crisis and immigration as main points of his campaign on Brexit. Lastly, the Sweden Democrats won 49 seats in parliament, which promotes heavy restriction on immigration and a referendum on EU membership.

Robert Fico, the Prime Minister of Slovakia, announced that Islam has no place in Slovakia; that migrants change the character of his country. He believes that multiculturalism is a fiction, and that they may face problems if they let migrants in. The AfD has adopted an explicitly anti-Islam policy – illustrated by a ban on minarets, call to prayer, and full-face veil – and has gone as far as to declare that Islam was “not part of Germany.” Austria’s Freedom Party called for a law to ban Muslim symbols and to put an end to the policy of Islamization, believing that otherwise, Austrians and Europeans “will come to an abrupt end.” Orban said that his country did not want or need “a single migrant.” Anti-Islam and anti-immigrant Geert Wilders compared Islam to Nazism and assured the closing of mosques and banning the sale of the Quran if he won the elections. Marine Le Pen defends “republican values under the threat of Islam” and insists that there must be a crackdown on foreigners.

Issues and implications of right-wing populism

Today, right-wing populist parties capitalize on issues challenging Europeans by offering simple, ostensibly effective solutions. These parties have most likely identified the disaffection felt by the people on political, economic, and social issues. Mainly, the Europeans oppose globalization in terms of immigration. They feel endangered not only by the economic competition brought on by immigrants, but also by deculturalization, which they consider a threat to their cultural identity. Islamophobia and xenophobia among Europeans emerge. Conceivably, the influx of refugees and series of terror attacks have yielded this kind of anti-immigrant populism. Besides this, in terms of economy and international trade, Europe’s experience with the economic collapse and debt crisis has spurred discontent in the region with the EU; thus, rendering the countries to become anti-establishment, anti-status quo, or anti-EU.

Primarily, right-wing populism would have a relatively adverse effect on foreign policies of other countries. One essential point is that like UK with Brexit, other countries may follow suit. Since patriotic nationalism is a key factor in right-wing populism, Europeans may adopt a “country-first” attitude. Another point to consider is the failure of the EU to appease the dissatisfaction of the Europeans with the way it has handled the refugee crisis, debt crisis, and terror attacks. Hence, the membership in a regional organization and external agreements would be at the bottom list of priorities. Lastly, tighter border security, strict issuance of Schengen visa, and extreme vetting of incoming immigrants could be potential outcomes of having right-wing populist governments.

Considerations for the Philippines

Political developments in the EU dictate that the Philippine government should look into bolstering bilateral relations with European countries. The Philippines should also be concerned about the welfare of the overseas Filipino workers (OFWs) living in Europe, particularly the Muslims, since some European governments are slowly adopting a right-wing, anti-immigrant, anti-Muslim position. The likelihood of sending away Muslim OFWs or of the aggravation of their living conditions in Europe is high, especially if right-wing populist leaders or parties are elected into presidency or parliament in the upcoming elections. It would also be highly likely that the difficulty of penetrating the European labor market would increase due to tighter regulations on the issuance of Schengen visa and stricter vetting of incoming immigrants.

About the author:
*Diet Immarie A. Salazar is a Foreign Affairs Research Specialist with the Center for International Relations and Strategic Studies of the Foreign Service Institute. Ms. Salazar can be reached at [email protected]