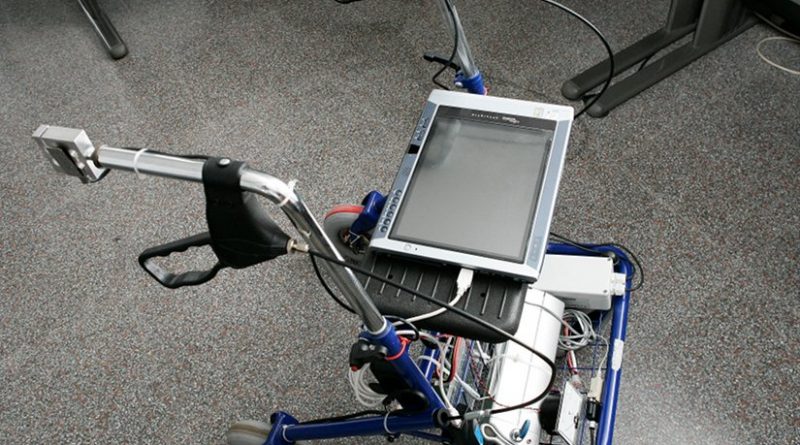 Due to the physical deterioration that the human body experiences when reaching old age, Mexican scientists designed a walker, which is a machine that works through a computer and allows elders who have cognitive or physical impairments, to complete their daily routines by helping them to walk. Additionally, it can send through the internet an alert that notifies the help system in case of any emergency.

The benefit of the walker is to eliminate the risk of falling in the elderly, as well as avoiding dangers for those who suffer from Alzheimer’s.

This walker is characterized by its artificial intelligence, which is defined as the set of disciplines that try to understand the mechanisms that allow a machine to think. It is with its assistance that robots are built, and through programming they generate a reasoning similar to that of the human brain, said Ulises Cortes, professor of the Universidad Politecnica de Cataluña (UPC).

The improvement is built on a normal walker for the third age, but in each one of the rear wheels, a movement is generated by an engine with a power similar to that of two electric bikes. To measure the strength used by the person to lead his walk and know if he is in contact with the walker, the normal handles were omitted and substituted by a micro system sensor.

Everything is connected to a little computer and to a bicycle battery that allows the system to have internet connection, through which the information of the handle sensors and wheels is controlled. Hence, the walker analyzes the gait pattern of the elder and knows if it is his normal one, and in case of an anomaly, it tries to help him.

If the gait of the person is bad, that is to say, it slows down, the machine sends an alert signal so the medical emergency system, according to its country, can come to the location of the user.

Besides, the walker allows to have a daily profile of the activities of the person; it can know the physical activity of the user according to the register of the number of his steps, the size of these, its frequency and the strength applied in the moment of walking. This serves to program the help in the moment when it is required.

“With the walker, elders can enjoy more of their free time outside their homes, because it is a robot with a certain intelligence that was created to bring help to these people”, said Ulises Cortés, teacher of the master’s degree in artificial intelligence in the UPC.

The project started to develop since 2004. It is a prototype that could be sold, but it needs funding by some company; nevertheless, professor Ulises Cortés asserted that it is possible that it comes to the market soon in an affordable price.

The Mexican researcher mentioned that they are working to add more functions to this project, which includes communicating all the walkers among them so it is possible to have information about the whereabouts of the other persons; this would allow someone with a similar machine to inform if there is a problem or a novelty on the environment. Currently they are working in the creation of a walker for children.