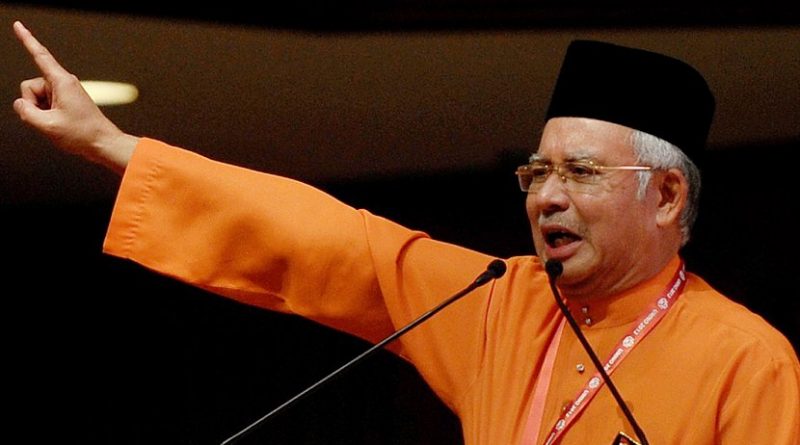 Malaysia’s politicians were crowing.  “We are confident that we are securing more money from Goldman Sachs compared to previous attempts, which were far below expectations,” stated Finance Minister Tengku Zafrul Aziz.  “We are also glad to be able to resolve this outside the court system, which would have cost a lot of time, money and resources.”

The second part of this statement is worth pondering.  Not willing to go the distance with Goldman?  Costs in terms of litigation and time?  Such language is surely not the sort a sovereign power uses regarding a corporation, which speaks much to the problem.  Malaysians would have reason to be suspicious, wondering if their government had thrown in the towel a bit too early against a company famed for its financial vigilantism.  The very fact that the Malaysian government made a deal with Wall Street’s Mephistopheles should have also done its bit to cause alarm.

Whichever way the financial mind looks at this, Goldman is certainly getting more out of the bargain than their despoiled clients.  In the current settlement, no one from their piratical outfit will spend time behind bars for the 1Malaysia Development Berhad (1MDB) scandal, which saw the hearty plundering of Malaysia’s sovereign wealth fund under their watch.  The company will have to fork out a manageable $3.9 billion, a heavily discounted sum considering the original total being sought: $7.5 billion.  Having been one of its clients, the Malaysian government pursued the bank, which had underwritten and arranged bond sales for the fund to the vast sum of $6.5 billion.  Enabling the raising of capital in 2012 and 2013 was something the bank was also handsomely remunerated for: $600 million, no less.

Goldman’s tactics of negotiation lived up to expectations and down to base ethical considerations.  First came a compensation offer of $243.73 billion last year, rejected by the then prime minister Mahathir Mohamad for its slap-in-the-face value.  It was “peanuts”, he scoffed at the time.

The offer was duly increased. In November 2019, Mahathir rejected the sum of $1.75 billion. “We are not satisfied with that amount so we are still talking to them … If they respond reasonably we might not insist on getting that $7.5 billion.”  A key feature of Goldman’s negotiating strategy had worked: their accusers and prosecutors were not going to get full satisfaction.  Attrition seemed to be working.

Both parties are indelibly stained in this enterprise.  Malaysian politics is fairly adept at funnelling funds and looting assets in the name of the public good and there was no more fitting company than Goldman to oversee the pinching.  Despite Chief Executive David Solomon’s apology to the Malaysian people, the bank has also made it clear that it was not working for the easiest of clients.  As it asserted in a statement in December 2018, “Certain members of the former Malaysian government and 1MDB lied to Goldman Sachs, outside counsel and others about the use of proceeds from these transactions.”

Those proceeds – some $4.5 billion – were certainly put to use, implicating former Malaysian prime minister Najib Razak and his wife Rosmah Mansor in numerous indulgent purchases.  (When robbing the public purse, do it with appropriate extravagance.)  Most fittingly, some of the proceeds went to fund a Hollywood film whose very premise is animal greed as virtuous, self-destructive pursuit.  Razak’s stepson, Riza Aziz, was the producing arm behind The Wolf of Wall Street, using amounts drawn from 1MDB amounting to $248 million.

For some time, it was alleged that the entire effort had one name behind it: Low Taek Jho, known as Jho Low.  In an effort to shift the keenly focused spot light on his sizeable contribution, the Malaysian financier insisted in January that he was merely a humble operator, greasing the palms, oiling the wheels. “People and companies act as introducers or intermediaries all the time.”  He had been asked “to assist because of my good relationships with influential foreign businessmen and decision makers.”  Jho Low is right – to a point – and certainly in his interlocutor’s claim that he is “an easy target for all those above given the fact that I’m not a politician.”  More thought had to be given to “global and financial and other institutions and advisers that actually organised and facilitated the fundraisings at issue”.

When lawsuits were filed in July 2016, the US attorney general Loretta Lynch described the 1MDB affair as “the largest kleptocracy case” in US history.  “A number of corrupt IMDB officials treated this public trust as a personal bank account.”  Lynch spoke of the laundering of money “through a complex web of opaque transactions and fraudulent shell companies, with bank accounts in countries around the world, including Switzerland, Singapore and the United States.”  The enigmatic hand prints of Goldman go far.

The Wall Street giant is also facing the prospect of another settlement with the DOJ which threatens to raid its profits.  The staff are no doubt ready, and additional money is already being put aside for regulatory reasons.  With supreme insincerity, the bank promises to reflect about this latest chapter in international financial kleptocracy.  “There are important lessons to be learned from this situation, and we must be self-critical to ensure that we only improve from the experience.”  The sinner, chastened, readies for the next transgression.

Mahatma Gandhi, in one of his more quoted remarks, observed that “the world has enough for everyone’s need, but not everyone’s greed.” The Goldman approach has a different take to his sagacious observation: the greed will always come before the need and there is ample amount to be had.  It is a philosophy that has enabled it to escape the calamities of the subprime market collapse in 2009 and survive such catastrophes as the Wall Street crash.  While it has received something of a battering, the company has seen worse.  Expect much and more of the same: greed sells, and while stumbles are bound to take place, budget for them.