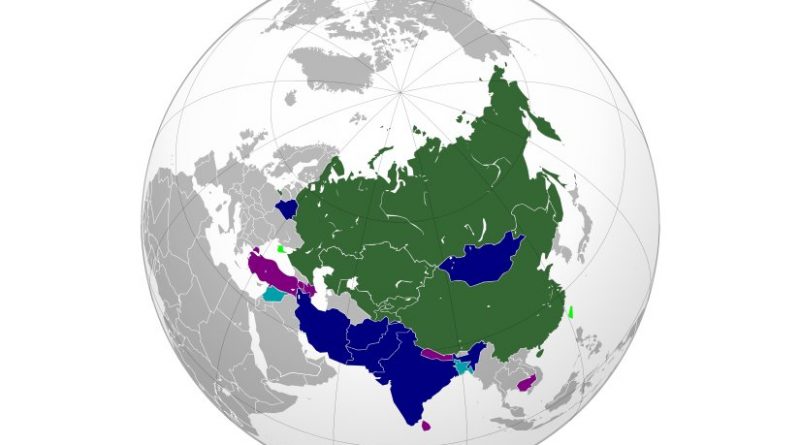 The Council of the Heads of States of SCO members has approved the full membership for Pakistan and India in the Shanghai Cooperation Organization after fulfilling certain statutory and legal requirements and hopefully by the year 2016 both Pakistan and India would become permanent members of the Organization.

Previously, along with Iran and Magnolia both, India and Pakistan already had status of observer states in the SCO but the recent approval of becoming permanent members has raised many hopes about the future of cooperation and tenacity of many persisting disputes and the critical issues which have been a bone of contention in the South Asian region.

The Shanghai Cooperation Organization, initially, the Shanghai Five was created by China, Russia, Tajikistan, Kyrgyzstan, and Kazakhstan in 1996 with the aim to resolve the border disputes among its member states. Later on, Uzbekistan was also granted full membership in 2001 and the Organization was named as the Shanghai Cooperation Organization (SCO). The Organization promotes and beholds the objectives for creating an environment of mutual respect, trust and friendly ties with neighbouring and member states based on enhanced support for the progressive cooperation in the political, economic, cultural, education, scientific technology, power, communication, energy and environmental protection issues. Right from its very inception, the Organization has also remained unpredictable due to its nature as it often conducts military drills of its member state troops and has a collective response force and a Regional Anti-terrorism Structure (RATS) with a remarkably dedicated number of personnel.

For its part, if the Organization effectively resolves the historical hostility amongst states in the troubled region, then it would not be less than a watermark in the history of diplomacy and multilateral alliance- an alliance that would possess significant influence in the coming future than any other state, alliance or multilateral organization in the world. Especially after Pakistan and India’s joining, if the SCO successfully managed to play its significant role in bridging relations of both rival neighbours then it would definitely be a sign of turning point to jot down a new history which will of course, encourage and attract many other states to come under the SCO umbrella. The region already attracts attention of many states as due to the rapid industrial and economic growth that has dramatically managed to shift the power dynamics in the Asian region. The power being multi-dimensional in its nature has many countenances that are not bound to the explanations of military might only, but the economic, political and the military power are some examples which are also in gradual growth in the region.

The member states of the SCO like China, which is a dominant global economic hub while Russia has also a huge industrial strength along with immense energy resources. Likewise, the Central Asian member states of the SCO like Tajikistan, Uzbekistan, Kirgizstan and Kazakhstan possess approximately 40% of oil and natural gas resources of the world. In addition, the membership of India and Pakistan in the SCO would prove it an ever strengthened organization by significant economic, political, industrial, military and many other opportunities.

Many analysts also believe that the SCO is a counterweighted to the NATO and also have termed it as NATO of the East that would someday transform into a military alliance. Such speculations are mainly because of the way of conduct and the framework of the Organization by which it involves the member states in military drills and created a Regional Anti-terrorist Structure.

Apart from SCO’s role in the region’s economic development and member states’ security issues, a particularly significant emphasize for the fruitful efforts is essential to the settlement of potential state-state issues, otherwise both India and Pakistan are already members of the SAARC but it has hardly played any effective role in overcoming the existing hostility and the resolution of disputes.

Besides the business opportunities for the member states, a real-time framework is also need of hour to further extend SCO as an influential player in the regional and international affairs, otherwise even after granting permanent membership to Pakistan and India, the outcome would be no more than a further divide in the Organization particularly by crafting the conception of organization within the organization where two sides would be supported by their respective favouring member states of the Organization.