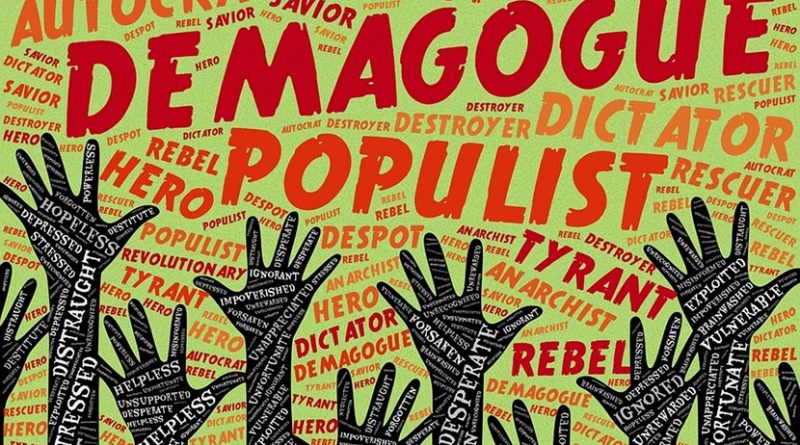 One of the most striking world historic advances of western imperialism (in the US and the European Union) is the demise, disappearance and dissolution of large scale long-term anti-imperialist and anti-interventionist movements (AIM).

One of the major reasons for the debacle is the unwillingness or incapacity of AIM to confront electoral imperial elites engaged in regional wars against nationalist dictatorial or authoritarian regimes.

In this paper we will proceed by outlining the dimensions of the problem. Secondly, we will discuss the political economic consequences of the fateful policies taken by AIM. We will conclude by considering alternatives to the current impasse.

Dimensions of the Problem: Imperialism and the Conquest of Independent Dictatorial Regimes

Over the past three decades electoral imperial regimes led by the US have intervened, invaded and conquered several independent dictatorial or authoritarian regimes. They include Iraq, Afghanistan, Libya, Syria and the Ukraine. Except for the initial invasion of Iraq, there was virtually no mass AIM opposition.

During and after the imperial conquests, the AIM ignored the millions who were killed, uprooted and deracinated and the destruction of the socio-economic fabric of their societies. The AIM did not respond to the western imposition of colonial collaborators appointed to run the vassal regimes.

In the present time, western imperialism is engaged in a political and economic war to overthrow and/or dominate several authoritarian or crises wracked countries, including Turkey, Venezuela and Nicaragua.There is no, or little, opposition from western AIM. On the contrary many western intellectuals support imperial backed power grabs in the name of democracy.

Western imperialism is expanding its reach, deepening its intervention and heightening the human and material cost of the target people. There is a deafening silence, total absence (if not complicity) from what purport to be anti-imperialist movements and intellectuals.

What are the reasons for the AIM refusal to recognize and pursue democratic values? Why the absence of national solidarity and opposition to the depredations of the western powers? Why have some AIM leaders (and followers) embraced imperialist conquests as ‘liberation’? Why have some ethnic minorities of independent states even collaborated with the imperial powers, as in the case of the Kurds in Iraq, who speak of ‘democratic colonialism’.

Imperialism Dictatorship and the Demise of the AIM

Having made no distinction or worse, amalgamating the two, the AIM refuse to mobilize, organize, educate their political supporters. They do not express any solidarity with the conquered people nor defend their society and livelihood and resources.

There is no question that the imperialists destroyed the advanced living standards and cultural – scientific life in Iraq, Libya and Syria. The Taliban did not rule via the drug economy or destroy villages and dominate everyday life as has occurred after the US invasion and conquest.

Even if the AIM did not act to prevent the imperial intervention and invasions they did even less to respond after the facts of conquest.

Why? Because of the false equivalence – the people and their resistance did not act according to the protocols of the AIM leaders: the executers and the victims were equally responsible!

Some sectors of Western left and progressive intellectuals went even further, at least during the initial imperial invasions— they supported what they fantasized about ‘democratic control’ resulting from the imperial intervention (which they dubbed an ‘uprising’)! Obviously, the imperialists knew better – co-opting and discarding their accomplices on their way to conquest and destruction. AIM leaders washed their hands of both ‘imperialists’ and ‘dictatorships’ and abandoned those collaborators who provided a veneer of ‘democratic values’ to the ongoing imperial occupation…

The reasons for AIM to mobilize and challenge imperialism are many and profound and they go beyond solidarity with oppressed peoples.

For example, US imperialism is on a rampage, undermining or striving to overthrow elected governments in Turkey, Venezuela and Nicaragua. Washington has already promoted a client regime in Brazil and seeks to rig the forthcoming elections by arresting and disqualifying the leading candidate, the center-left leader Lula Da Silva.

President Trump has decreed economic sanctions against Turkey in order to deepen the economic crises and force Ankara to surrender its independent policy toward Iran and Russia.

Turkish anti-imperialist movements support the Erdogan regime against the US, even as they retain their independence to oppose his authoritarian policies. Nothing of the sort exists among the western AIM. Similar imperial policies are pursued in Nicaragua. In contrast to Turkey the liberal left (and millionaire ex-Sandinistas) support molotov cocktail throwing street fighters who are backed by the business elite and the Pentagon.

If elected president Daniel Ortega is overthrown, the elite will replace the current independent foreign policy with a typical banana republic version of US vassalage.

Imperial success in overthrowing national dictatorships has a domino effect – not a ‘democratic wave’ as liberals promise. Instead it serves to set in motion a series of new semi-colonies as is evident in the Middle East today.

Moreover, the lack of action by AIM leaders has led to their political demise and the rise of the ultra-right.

AIM leaders backed a self-style ‘progressive’,President Obama and refused to mobilize against the seven imperial wars he launched—killing millions and driving more in exile.

The demise of the progressives and the capitulation to Obama gave rise to the Trump pluto-populists.

In the past, AIM denounced extractive capitalism and the plunder of overseas and domestic natural resources. Today only sporadic activity resists fracking and gas pipes.

Latin America’s indigenous communities resist US, Japanese and Canadian mining and oil companies polluting their air, water and farmland without US AIM solidarity.

In other words, the absence of AIM in solidarity struggles fragments any notion of international solidarity and the possibility of a united front between working people and anti-imperialists.

The remnants of the AIM remain on the sidelines, engaging in symbolic protests of little consequence.

The rise and decline of western anti-imperialism is, in part, a result of the failure of its leaders to oppose imperialist invasions against independent nations ruled by authoritarian regimes. Behind their democratic rhetoric AIM leaders partake of the ugly reality of imperial chauvinism .They prefer not to dirty their hands in a conflict between imperialist electoral regimes and anti-imperialist nationalist dictatorship.

Today the vast majority of the population of Iraq, Syria and Libya know that they lived far better under previous authoritarian rulers promoting a modernizing, national state then the current conditions under the destructive and savage occupation of western imperialism.

Western leftists who backed the imperial invasion as ‘democratic openings’ are silent and indifferent, as if the millions of deaths and massive immigration is not their responsibility.

The liberal humanitarians who supported the imperialist wars on the grounds of saving oppressed people from torture and toxic chemicals offer charity and humiliating rejection at the borders of the West. There is very little rethinking or reflection on how imperial wars are much worse than independent states. AIM leaders fail to realize that only the oppressed people can free themselves and not imperial armies, CIA coups and economic sanctions.

Whatever popular misgivings with their government, the vast majority of Turkish, Iranian, Venezuelan and Syrian people clearly stand opposed to the intervention of western imperialism and all of its claptrap about ‘democratic values’.

They have witnessed two decades of western destruction and savagery – and they know life is far better living and struggles against their local dictatorships. They ignore the western claim that they are the ‘only moral people’ and reject the progressive belief in equivalence between death and survival.

Home » Imperialism And Its Accomplices: The Question Of Dictatorship And Democracy At Home And Abroad – Oped