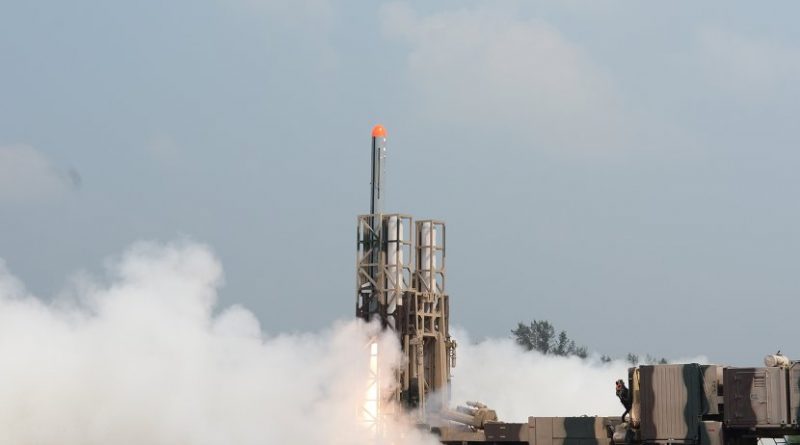 In the complex and dynamic South Asian security structure, new security concerns are evolving without the previous ones being resolved, leading to further deterioration of regional security. Security dynamics of region are dominated by the power play between nuclear arch rivals of the region – India and Pakistan.

According to recent trend of arms buildup and weaponization in the region one can easily predict that although fear of mutual vulnerability has stopped both sides to attack each other but it is failing in halting the arms race in the region. However, appalling aspect in this arms race is that it has no bounds and it is spreading into ocean, space and cyber space as well, which is causing destruction of natural and virtual habitat. Recently, both states are all rage about naval nuclearization to achieve credible second strike capability or to acquire deterrence at all levels of conflict. After witnessing India’s rapid naval build-up which includes air-craft carrier, conventional submarines, naval fleets, ballistic and cruise missiles like (K4-K15, Sagarika, Brahmos and Dhanush), indigenously built fleets of SSBNs and SSNs, Pakistan also went ahead with achieving the second strike capability in order to extend deterrence at all levels of conflicts.

Making its borders secure is the inalienable right of every state and so is the protection of its interests. But, it is also the obligation on every state to reduce the chances of accidental conflicts, crisis or war, if there are any, for the peace, stability and welfare of the people. One thing that the Cold War should have taught the belligerent South Asia neighbors is that there is no end to arms race; once deterrence is acquired it should not be tested with new doctrinal thoughts or new technological innovations. States’ policies, doctrines and technological innovations compel them to pie-up fancy weaponry by resorting to continuous arms build-up. This surely has repercussions. Similarly, weaponization int he sea while difficult is quite dangerous. It is managed through different mechanisms and requires a lot of time. Talking particularly about the Indian Ocean, it probably shouldn’t have been nuclearized and militarized in the first place. The seas remain to be the main source proving line of communication. However, since the Indian Ocean is now already nuclearized, the need is for both India and Pakistan to work out the measures which would help avoid accidental conflicts as both parties are new to this arena and are eagerly flexing their muscles.

Thus, to avoid nuclear clash and accidental nuclear conflicts it is necessary that both states revive dialogue process as offensive attitudes will not help the either side in achieving their interests. Level of alertness, command, control systems and vessels with dual capabilities has further complicated the sea based operations and add an element of ambiguity to it. Both India and Pakistan are newbies in naval nuclear technology, thus, chances of accidents are highly likely. So, it is pertinent that both states develop and keep the communication channels open through which any probable naval nuclear accident should be communicated to the other side. Establishment of Hotline between naval officers of both states could be one of the significant means of communication to avoid any confusion and ambiguity in the event of accident or crisis.

Both India and Pakistan are developing new missile technologies, especially cruise missiles and are tipping them with nuclear weapons to be used in naval ships and in naval submarines. Both states already have CBMs about pre-notification of ballistic missile tests, but it does not entail the cruise missiles. So considering latest developments it is necessary that both states sign certain CBMs regarding missile tests.

Although general perception is that CBMs in South Asia have not achieved much but in complex nuclear environment where animosity is at peak faith in these small initiatives to reflect goodwill can perform miracles and resultantly can reduce the distrust, animosity, tension and conflict.