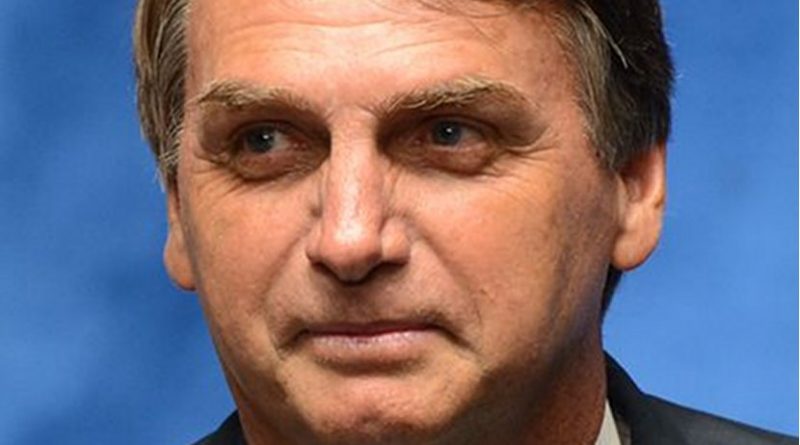 The wildfires in Brazil’s Amazon region might be used to harm the country’s agribusiness sector, said President Jair Bolsonaro today (Aug 22) during his weekly Facebook broadcast. He noted the government has worked to mitigate the problem and asked people to help report criminal activity in the area.

“Some countries seize opportunity to potentialize the criticism on Brazil and harm agribusiness, our economy, and place Brazil back in a subordinate position,” he stated.

The president criticized a foreign demonstrator who referred to the rain forest using the word “our.” “Now, a country—I won’t name it—was bold enough to refer to it as ‘our Amazon.’ It’s interested in owning a part of our Amazon one day,” he said.

Minutes after the transmission, Bolsonaro wrote a tweet mentioning a post by French President Emmanuel Macron about the wildfires in the Amazon, claiming the photo was not up-to-date. “I’m sorry to see that President Macro has sought to instrumentalize a domestic issue of Brazil and other countries sharing the Amazon forest for personal and political gains. The sensationalist tone with which he refers to the Amazon (also resorting to false photos) is not help at all in finding a solution to the problem. The Brazilian government is still open to dialog based on objective data and mutual respect. The French president’s suggestion—that Amazon-related matters should be discussed by the G7—without the participation of the countries in the region—brings back a colonialist mindset inappropriate in the 21st century,” the Brazilian president said.

The next G7 meeting, bringing together the presidents of the US, the UK, France, Germany, Italy, Canada, and Japan, is slated to take place Biarritz, France, this weekend.

Also during the broadcast, the Brazilian president admitted there have been criminal fires, which could signal, he argued, attempts to undermine the Brazilian sovereignty over the Amazon. He compared the blazes in Brazil to others currently taking place in regions like California.

“Is there a criminal bias here? Yes, I know there is. Who’s doing it? I don’t know. Farmers themselves, NGOs, Indians, what have you. So, there’s increasing interest in saying we’re not responsible, and, who knows, sooner or later, someone will decree an intervention in the Amazon and we’ll be left empty-handed,” he said.

Bolsonaro also criticized part of the media coverage. He stressed problems stemming from the fires may be detrimental to everyone in the country. “Our economy has been supported by commodities. If the world decides to retaliate, and if the economy gets messy, everyone will face the consequences, including you reporters.”

Finally, the president appealed to farmers in the region setting fire to wooded areas. “Suspicions have arisen there are farm producers taking their chance to go around starting fires. The consequences will come to everybody. If you want to expand productive areas, that’s fine, but this is not how we meet our goals.”

Bolsonaro also reported he was offered aircraft to fight the fire by Chile’s President Sebástian Piñera and Ecuador’s Lenín Moreno.