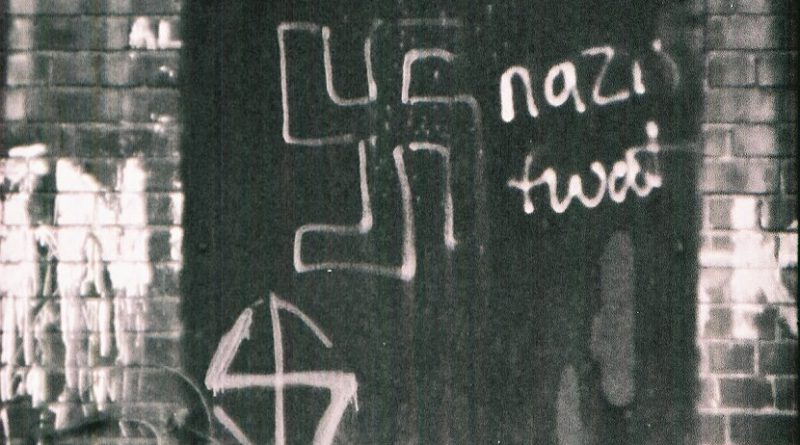 On September 25, 1789 the US Congress passed the First Amendment to the US Constitution that stated that Congress shall make no law respecting an establishment of religion, or prohibiting the free exercise thereof; or abridging the freedom of speech, or of the press; or the right of the people peaceably to assemble, and to petition the Government for a redress of grievances.

The terrorist acts in El Paso, Texas and Dayton Ohio, were the 21st and 22nd shootings this year, though not directly related to religious differences demonstrate a strand of thinking, however weird it may be, that a particular of skin color is demonstrative of inherent superiority over those whose skin is of darker shade and/or those who have come from a less prosperous country than the United States of America.

Through the prayer by Pope Francis for the victims of the terrorist shootings he distanced himself and the Catholic church from the deranged claim of the shooter as representing any particular religious denomination.

White Supremacists are overwhelmingly Christians. Democrats and Republicans alike and Americans from all strata of society have joined the condemnation of the terrorism. And the House Democrats and some Republicans have now united in a disapproving voice the condemnation of President Donald Trump who they accuse of inciting terrorism by White Supremacists.

One has only to watch Jake Tapper on CNN (August 4, 2019) to see how some Republicans have now joined the Democrats in branding Donald Trump as a White Supremacist.

The US President’s diatribe against immigrants as reported by Washington Post on August 5, 2019 in a report by Philip Rucker claimed President Trump has relentlessly used his bully pulpit to decry Latino migration as “an invasion of our country.” He has demonized undocumented immigrants as “thugs” and “animals.” He has defended the detention of migrant children, hundreds of whom have been held in squalor. And he has warned that without a wall to prevent people from crossing the border from Mexico, America would no longer be America.

“How do you stop these people? … Trump’s anti-immigrant rhetoric looms over El Paso massacre,” the press claims. The US President is a divisive leader as opposed to President George Bush Jr who immediately after the 9/11 terrorist attacks went to New York and told the American people that the destruction wrought was not the act of Muslims but by terrorists to stem the tide of public anger against Muslims in the US by Islamophobics.

The infamy of 9/11 that turned Islam, a religion of peace like those of the others, to become scorned as “Islamofasicism” and forcing the Muslim Diaspora in the West to negotiate a precarious life of a second class citizenship in the countries of their birth, has to change if the world is to become one again and not one of historian Nial Ferguson’s fragmented spheres of gated affluence and “disposable” misery afflicted greater part of humanity.

Undeniably the Islamists who would like to establish the illiberalism of the puritanical days of the pre-modern era and envelop mankind under one culture-oriented system of governance keeping no room for tolerance and dissent cannot be the wish of humanity after having traversed from the Dark Ages to the Flat Earth post-modern era of today.

Despite historian Bernard Lewis’s lamentation about the rage of the Muslims and Samuel Huntington’s oracle of confrontation among different cultures and religions the survival and the strengthening of politico-economic progress of mankind calls for Henry Kissinger’s geopolitics, a euphemism for power politics, in the management of international relations.  The global quest is for finding a “good society” where all can live in peace.

Harvard Professor Michael Walzer disagrees that there has to be one good society given the immense variety of human cultures. Walzer would describe a good society as one that is constituted “by the peaceful coexistence of all the societies that aim at goodness…the good society can be imagined as a framework that encompasses all versions of goodness”. The preeminent problem facing the international community is the unremitting violence let loose by Osama bin Laden’s variety of al-Qaeda and ISIS (now sent into oblivion from its hiding place in Iraq) bent upon taking revenge against the West where “degradation abounds” for real (unresolved Palestine issue) or imagined injustices meted out to them.

That the international community regardless of differences in faith system has to unite in destroying the Frankenstein of terrorism based on race, color or religion does not need reiteration. Occasionally diverging strands of thought have tried to find fault in the direction taken by the world leaders.

For example, Neoconservatives criticism of President Obama being “soft” on democracy promotion (The abandonment of Democracy, Joshua Muravchik) his Cairo speech, universally regarded as opening the door to remove misunderstanding created by the Bush administration’s bull-in-China shop strategy of democratization of the Islamic world, as a recession of the traditional US policy of advancement of human rights. Little attention was given to President-elect Obama’s meeting with the editors of Washington Post when he told them that democracy was less important than “freedom from want and freedom from fear. If people are not secure, if people are starving, then elections may or may not address those issues”.

Muravchik refers to an early assessment by New York Times” correspondent Joel Brinkley of Obama administration that neither Obama nor Hillary Clinton had even uttered the word democracy in a manner related to democracy promotion since taking office. But to many President Obama has been consistent in his declared policy that his obsession lay in more delivering a better life to the people than with form of democracy because in a well-meaning society that promotes liberty and equality and just does not depend on ballot box ensures freedom from police brutality and paying to government functionaries for services that citizens are entitled to anyway.

Obama did insist in Cairo on democracy, freedom and women’s rights. He praised Islam’s ‘proud tradition of tolerance”. What fellow travelers of Paul Wolfowitz do not seem to ignore that societal and politico-economic differences dividing the world into three or four worlds do make the adoption of western style democracy, albeit a shining example to be followed, may not necessarily be suitable for all countries, and cannot be imposed from outside. Joseph Stieglitz, Francis Fukuyama, Arthur Lewis, to name only a few, agree that for sustainable democracy a certain degree of affluence of the people would be necessary.

One has to examine whether populism lead to terrorism of the kind we are seeing in the USA? Populism writes Daren Acemoglu of MIT and James A Robinson of the University of Chicago (How Do Populist Win May 31 2019) through building “an anti-elitist, anti-pluralistic, and exclusionary strategy for building a coalition of the discontented.

The method is exclusionary because it relies on a specific definition of “the people,” whose interests must be defended against not just elites, but all others”. They argue that populism is bad because it is anti-pluralistic and exclusionary. And also, populism favors excessive concentration of political power and de-institutionalization. Populism can be made attractive to the people if the populist leader’s claims about elite dominance can be made plausible enough that people believe them.

Second, in order for people to support radical alternatives, existing institutions need to have lost their legitimacy or failed to cope with some new challenge. And third, a populist strategy must seem feasible, despite its exclusionary nature. It is thought that Donald Trump’s erratic tweets, often against the values cherished by the Americans (and the rest of the civilized world) are well thought out as a strategy that appeals to the fringe population of racists and extremists on the assumption that the Republication voters are going to vote for him anyway.

One wonders if the BJP’s Hindutva   policy has not been consciously adopted on the assumption that majority of Indian voters being Hindu would vote for BJP anyway while the GORAKSHAK fringe of the Hindu voters who had in the past voted for Samajbadi Party and Bahujan Samajbadi Party in Uttar Pradesh, for example, would now vote for BJP. This policy of majoritarian theocracy excludes the minority communities who account for less than ten percent of the population.

What in the USA has been murder by shooting has been, albeit on a lesser scale, killing by lynching. How it will affect India’s centrality in SAARC, BIMSTEC, and other cooperative organizations as well as India’s standing in the global community and the support she has gained so far for permanent membership of the UNSC remains to be seen.

The 21st century which is being expected to be an Asian century with China and India contributing significantly to global GDP and no less in military might would hopefully not be derailed by the wave of populism now engulfing the USA and some parts of Europe including the United Kingdom where Boris Johnson is regarded by some as the second Donald Trump.

The views expressed are author’s own.  The author was a former Ambassador and Secretary in Bangladesh.

One thought on “White Supremacist Terrorism And Islamophobia – OpEd”