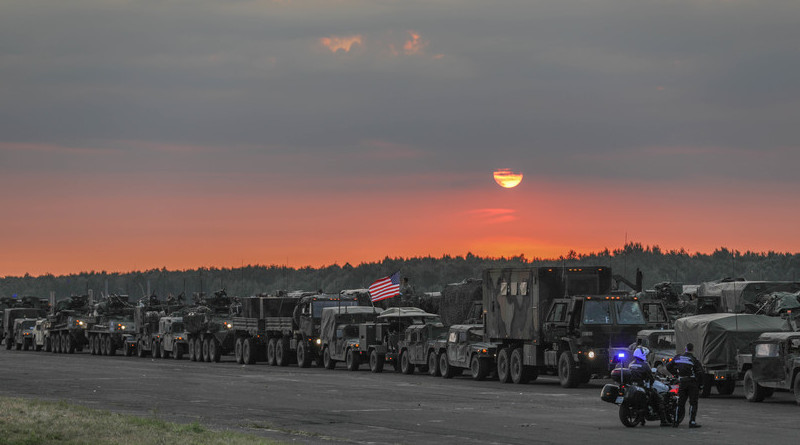 Everybody knows that militarization is not only a political process, but also a financial one. Militarization, is the process by which a society organizes itself for military conflict and violence. As soon as there are indicators of military threat, the government starts a process. Related activities in case of real threat could prepare a state to repel a military attack, but only if it actually occurs. In case of potential threat the necessity of militarization raises questions.

Unrest in Belarus shook Europe. Many European states prefer to use this situation as an excuse to strengthen their armed forces and buy additional arms and military equipment, top weapon sellers, in turn, use the situation to sell. This process brings huge profits to those who involved.

Thus, according to Reuters, Sweden is beefing up its military presence in the Baltic Sea amid concerns over increased Russian activity in the region and heightened tensions in Belarus following a disputed election.

“The decision to adjust to a higher level of readiness and adjust force posture were not due to a single factor, but to an overall assessment of the current situation,” Defence Minister Peter Hultqvist said in a written statement to Reuters on Wednesday. “The focus of the high readiness action is to reinforce naval surveillance in the Baltic Sea, at sea and from the air,” Jan Thornqvist, the Swedish Armed Forces’ Commander of Joint Operations, said in a statement. “The military presence in Gotland is also increased.”

Though on a visit to Lithuania earlier this week, U.S. Deputy Secretary of State Stephen Biegun said Washington had no indication of any Russian plans for military intervention in Belarus.

The same activity is evident in Latvia. Latvia could soon have UH-60M Black Hawk helicopters of its own after being approved by the United States as a potential purchaser.

Latvia intends to use these helicopters to modernize its armed forces and expand its existing Army architecture in its efforts to provide multi-mission support in the region.

Latvian authorities in turn call not to be surprised to hear the roar of jet engines north of Rīga as the National Armed Forces and the NATO enhanced presence in Latvia are taking part in training exercises around Vangaži from August 25 to 28.

During the training, air support controllers will improve their skills in air support procedures, assisted by Spanish F-18 fighter jets, which are currently patrolling NATO airspace over the Baltic states.

Residents may also see the movement of soldiers and military vehicles on the ground during the military exercises. the National Armed Forces are calling for understanding from the local population for the noise nuisance that may result from the flyovers. During the training, air support controllers will improve their skills in air support procedures, assisted by Spanish F-18 fighter jets, which are currently patrolling NATO airspace over the Baltic states.

All these preparation only increases tensions in the region and leads to further militarization.

Home » Political Unrest As A Push To Militarization Of Europe – OpEd