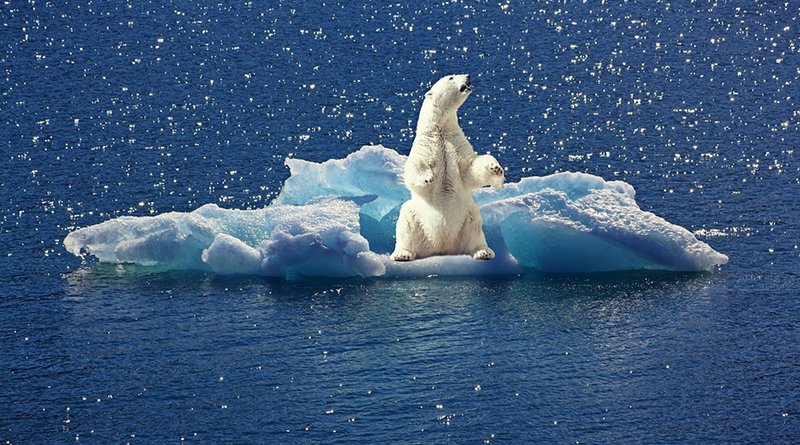 Temperatures in the Arctic Ocean between Canada, Russia and Europe are warming faster than researchers’ climate models have been able to predict.

Over the past 40 years, temperatures have risen by one degree every decade, and even more so over the Barents Sea and around Norway’s Svalbard archipelago, where they have increased by 1.5 degrees per decade throughout the period.

This is the conclusion of a new study published in Nature Climate Change.

“Our analyses of Arctic Ocean conditions demonstrate that we have been clearly underestimating the rate of temperature increases in the atmosphere nearest to the sea level, which has ultimately caused sea ice to disappear faster than we had anticipated,” explains Jens Hesselbjerg Christensen, a professor at the University of Copenhagen’s Niels Bohr Institutet (NBI) and one of the study’s researchers.

Together with his NBI colleagues and researchers from the Universities of Bergen and Oslo, the Danish Metrological Institute and Australian National University, he compared current temperature changes in the Arctic with climate fluctuations that we know from, for example, Greenland during the ice age between 120,000-11,000 years ago.

“The abrupt rise in temperature now being experienced in the Arctic has only been observed during the last ice age. During that time, analyses of ice cores revealed that temperatures over the Greenland Ice Sheet increased several times, between 10 to 12 degrees, over a 40 to 100-year period,” explains Jens Hesselbjerg Christensen.

He emphasizes that the significance of the steep rise in temperature is yet to be fully appreciated. And, that an increased focus on the Arctic and reduced global warming, more generally, are musts.

Climate models ought to take abrupt changes into account Until now, climate models predicted that Arctic temperatures would increase slowly and in a stable manner. However, the researchers’ analysis demonstrates that these changes are moving along at a much faster pace than expected.

“We have looked at the climate models analysed and assessed by the UN Climate Panel. Only those models based on the worst-case scenario, with the highest carbon dioxide emissions, come close to what our temperature measurements show over the past 40 years, from 1979 to today,” says Jens Hesselbjerg Christensen.

In the future, there ought to be more of a focus on being able to simulate the impact of abrupt climate change on the Arctic. Doing so will allow us to create better models that can accurately predict temperature increases:

“Changes are occurring so rapidly during the summer months that sea ice is likely to disappear faster than most climate models have ever predicted. We must continue to closely monitor temperature changes and incorporate the right climate processes into these models,” says Jens Hesselbjerg Christensen. He concludes:

“Thus, successfully implementing the necessary reductions in greenhouse gas emissions to meet the Paris Agreement is essential in order to ensure a sea-ice packed Arctic year-round.”

Home » Underestimated Pace At Which Arctic Is Melting