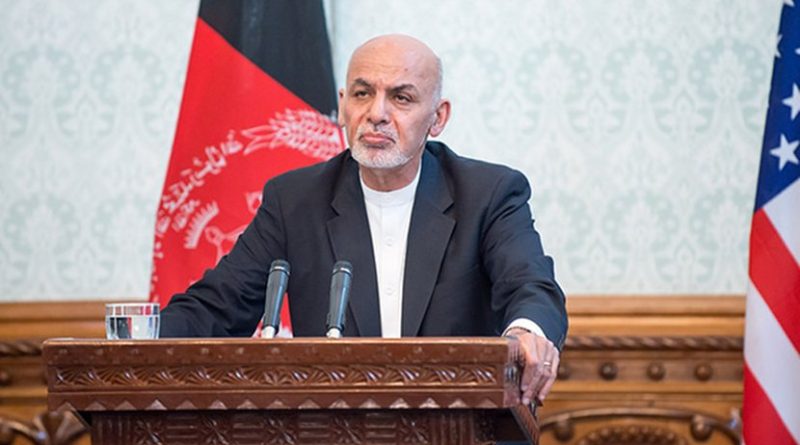 Like other world leaders, Ashraf Ghani, president of Afghanistan, participated in United Nations General Assembly (UNGA) of 2017 which takes place every year. Among meetings with other world leaders, he met with US President, Donald Trump. Subsequently, he talked in Asia Society and Council on Foreign Relations. Here are five important takeaways from his UNGA visit:

First and foremost, he explicitly elucidated the denominations of the Afghan conflict and laid ground for its solution at his UNGA speech. He noted that peace between Afghanistan and Pakistan is important for stability in the region, reiterating the fact that Pakistan is in a state of hostility in Afghanistan. He called on Pakistan to sincerely participate in the Kabul Process, a term coined by Ghani to rally support for Afghan peace process, and benefit from the trade route Afghanistan provides from Central Asia, a region rich in energy, to South Asia, a region in dire need of energy. This definition was very important because it clarified the perplexity to the West that there is no civil war going on in Afghanistan. Ghani implied that it is an expansionist aggression launched by Pakistan, which now is accompanied by other players like Iran and Russia.

Second, the important stipulation for the dialogues with Taliban he put forward was that Afghans want “peace that would lead to enduring stability.” That is of immense importance because Afghans would not yearn to negative peace; a peace that would undo all the constitutional, bureaucratic and foreign relations of Afghanistan built post 9/11. In the discipline of conflict resolution, negative peace means when peace is imposed by heavy military presence, or any other mean that undermines freedom and democracy. Such as peace in North Korea and in Rwanda. Afghanistan needs peace that would lead to enduring prosperity, economic well-being, and protection of human rights, especially women’s rights.

Third, he conveyed the plight of Afghans who are in the forefront of fighting state-sponsored and transnational terrorist organizations. He insisted that Afghan National Security and Defense Forces (ANDSF) are fighting global terrorism to defend democracy against aggression. He said what is important is not the fact how much of Afghanistan is controlled by Taliban, but the fact that ANDSF were able, without the help of NATO and their sophisticated weapon system, to defend Afghanistan against an extensive campaign of twenty terrorist organizations launched this past season.

Fourth and the most important for me, was the announcement of his security sector reform strategy. In January this year, I wrote in The Diplomat how corruption prevails in Afghan security apparatus and how important reforming it was. Ghani highlighted that a generational transition is occurring in Afghan National Army (ANA). This was one of the suggestions I made in the aforementioned article. This announcement carried a message that challenges the political elites’ (warlords of the civil war) interests. He mentioned that the generation that grew up in the 90s are taking over the controversial ANA officers who grew up in the 70s and 80s. That is a brave announcement because a superfluous majority of the current brass within ANA are militias of Jamiat-e-Islami, an ethnic Tajik political party. He elaborated that reform in ANA is beginning to bear results. ANA, especially, the Special Forces branch have defeated Taliban on every front. But control of territories are lost to Taliban because the Afghan National Police (ANP) could not hold onto them. Hence ANP is next in the list to be reformed.

So far Ghani’s multi-dimensional diplomacy of trade and global political pressure on Pakistan has not yielded in closing down of terrorist sanctuaries in Pakistan and halting of sponsoring of terrorism by Pakistani Army. But he has built a regional and international consensus on the fact that Pakistan is the main player behind the Afghan conflict. President Trump called the Taliban a terrorist group housed by Pakistan in his UNGA speech. That is an improvement as far as Afghanistan is concerned because the US’ prime objective in Afghanistan was to counterintuitively target al-Qaida leaders but to evade Taliban. In another move, the US is considering to drop Pakistan from its list non-NATO allies, and impose travel bans on officers of Taliban’s patron, ISI, Pakistani military’s intelligence agency. Further, Ghani has attracted the US to support his reform and anti-corruption campaign against the corrupt elite during his UNGA tour.

*Samim Arif is a Fulbright scholar and researcher. He tweets @samimarif.