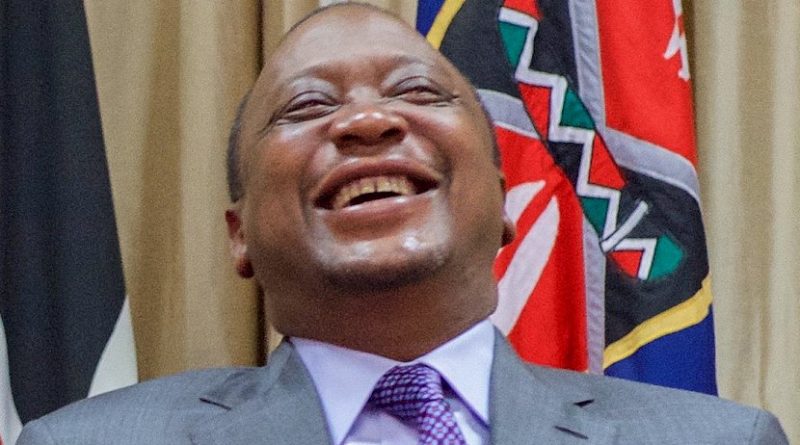 The historic ruling raises a number of fundamental questions on the capacity of electoral management bodies in Africa to conduct free, fair, transparent, credible and peaceful elections; the deployment of new technology in the electoral process; functions of poll observers, and the role of the judiciary in the continents’s democratic consolidation.

As expected, the Supreme Court’s annulment of Kenya’s 8 August 2017 presidential election over “irregularities and illegalities” has provoked mixed reactions. However, all seem agreed that the justices of the apex court demonstrated rare courage in upholding the will of the people over and above other considerations including the risks of ruling against a usually powerful sitting African president.

At issue was the deployment of Information and Communication Technology (ICT) in the electoral process, particularly in the vote tallying and results transmission. But events leading up to Election Day were ominous, especially the gruesome murder a week to the polls, of Chris Msando, the acting head of the ICT department of Kenya’s Independent Elections and Boundaries Commission (IEBC). The fact that the IEBC commissioners were only appointed into office in January and therefore had limited time to organise a national election of such magnitude was another big challenge on its own.

Still, Kenyans had been hopeful that they could put behind them the sad experience of the 2007 bloody elections that resulted in the avoidable deaths of more than 1,000 people. As part of the aftermath, Uhuru Kenyatta, then a Deputy Prime Minister, was dragged to the Hague-based International Criminal Court (ICC) on charges of crimes against humanity, which were later dropped.

A few Kenyans still lost their lives in the aftermath of the latest polls and while Msando’s murder remains unresolved, the Chief Justice of the Supreme Court David Maraga had on 2 August 2017 issued a statement condemning what he called “increasing pressure” on the judiciary by the political parties. In addition to this,, on 4 August, offices of the main opposition National Super Alliance (NASA) were ransacked allegedly by state security operatives.

So, as the world watched the unravelling fierce presidential contest with a keen interest NASA leader Raila Odinga lodged a complaint alleging that the IEBC’s ICT system had been hacked. When the IEBC declared President Uhuru Kenyatta re-elected with 54% of the vote, Odinga challenged the result at the Supreme Court.

Before the Court’s 4-2 majority ruling on 1 September 2017 which nullified the poll results and ordered for a fresh election within 60 days from that date, tension had again risen in Kenya, which is no stranger to election violence.

United by a common language Swahili, the ethnic diversity of the “Safari Nation” of some 46 million people is a recipe for both a vibrant national culture and divisive political conflict. Kenya has also had more than its own fair share of global terrorism, notably in 1998 when more than 200 people were killed at the US Embassy in Nairobi in an Al-Qaeda attack; and subsequent attacks by the Somalia-based Islamist militant Al-Shabab in Nairobi (2013) and at Garissa University College, northeast Kenya (2015).

On the economic front, the country faces high unemployment, rising crime rates and poverty levels compounded by regular bouts of droughts with the latest report of UN humanitarian agencies putting the number of the population affected at 5.6 million, including 3.4 million who are food insecure.

These harsh statistics could not have been lost on the Kenyan Supreme Court justices in reaching their decision to annul the poll result. Armed with convincing evidence provided by information technology (IT) experts, the judges were left in no doubt that justice must be served through a vote re-run instead of pandering to the exigencies of cost or the potential jeopardy to their individual career.

This Supreme Court ruling raises a number of fundamental questions on the capacity of electoral management bodies (EMBs) to conduct free, fair, transparent, credible and peaceful elections; the deployment of new technology in the electoral process; functions of poll observers, and the role of the judiciary in Africa’s democratic consolidation.

This is not first time that a presidential vote has been cancelled in Africa (Nigeria’s military president Ibrahim Babangida did so with military fiat in 1993 and the country may not have fully recovered from the consequences of that annulment), but it is a first for the judiciary to invalidate the result of an election after an electoral commission has declared an elected sitting president victorious.

Also, just like the principled stance taken by the Electoral Commission of The Gambia to insist, even in the face of apparent political risk, that then President Yahya Jammeh lost the December 2016 presidential election, there is an abiding lesson from the bold step taken by the Kenyan Supreme Court judges for the strengthening of democracy in Africa.

The independence of the judiciary and the national electoral body is critical to the delivery of credible elections and the promotion of democratic principles, just as the credibility of any election depends on the integrity of the election administrator.

Another take-away from the Kenyan electoral experience is the need for capacity strengthening of election management bodies to enable them to deliver on their very sensitive and delicate mandate. It has since emerged from a leaked memo by the IEBC Chairman Wafula Chebukati to the Chief Executive Officer Ezra Chiloba that all had not been well with the Commission. In the memo, which only surfaced after the Supreme Court’s decision, the Chairman was reported to have cited some 12 concerns and/or “irregularities” related to electoral procedures in the bungled August 8 election, including costly satellite phones for results transmission that were never used.

The memo also alleged that some 10,366 out of the 40,883 polling stations had sent text results without the accompanying legal form 34A for over 4,6 million votes from the 19.6 million voters registered by the Commission. It further disclosed that two IEBC IT staff members reportedly created two separate accounts with the Chairman’s username and password without his knowledge or consent and used the said accounts to undertake 9,934 transactions. If this was the case, it is curious that the same chairman would declare a winner in such a flawed contest!

As expected, opposition leader Odinga, whose petition resulted in the overturning of the poll results, has latched onto these latest allegations, claiming a vindication of his position and insisting that the IEBC staffers involved must face prosecution.

It remains to be seen how the Commission handles this potentially explosive situation. But beyond the political blame-game, the other big lesson for Africa from the Kenyan experience is the need for due diligence in the introduction of technology in the electoral process. There is no doubt that ICT brings efficiency to electoral process, but it should be deployed with maximum caution and only after effective sensitisation/training, pre-testing and experience-sharing to maximize its benefits to avoid unintended consequences.

Similarly, the Kenyan example also exposes the limitations of election observers. Without a doubt, election observation is an integral part of Africa’s political evolution from the era of military dictatorships and flawed governance systems to the contemporary period of multiparty democracy.

For instance, the Economic Community of West African States (ECOWAS) has used election observation as one of its electoral assistance initiatives over the past decade to promote electoral integrity, conflict prevention and democratic governance in the region, with the result that all 15 member States of the regional economic bloc are operating democracies today.

Even so, like in all human endeavours, there is room for improvement to this mechanism, including in the area of funding, which is currently provided mainly by external partners. The high cost of elections is a subject for another discussion, but some critics have already jumped to the wrong conclusion, blaming international observers for not going deep enough as the Supreme Court justices in their assessment of Kenya’s last electoral process.

Odinga, a former Kenyan prime minister and four-time presidential candidate who, incidentally headed the African Union (AU) Election Observation Mission to the Kingdom of Lesotho in February 2015, has even dismissed the work of international observers as “cosmetic,” but without saying what efforts he had made toward improving the mechanism.

Without holding brief for election observers, whether local or international, this criticism is rather harsh. It is based largely on the non-appreciation of the context within which election observers operate, and the limited scope of their mandate, given that elections are fundamentally, a sovereign national responsibility. Observers only add value to the process.

In addition unlike election monitors, observers’ mandate is to observe, document and report their findings with the purpose of improving on-going or future electoral processes. It is unlikely that Kenya’s IEBC would allow observers a free access to their database or the operations of their sensitive ICT system, which the Supreme Court examined in detail before reaching its verdict.

More importantly, elections are not an event, but a dynamic process, covering pre-, during and post-election periods, and each phase is critical to the success or failure of the process.

Perhaps, in their preliminary reports, different organisations such as the European Union (EU), Commonwealth, AU, and America’s National Democratic Institute (NDI) among others, that deployed more than 400 international observers to Kenya ought to have taken Odinga’s hacking allegation more seriously and highlighted its implications on the outcome of the electoral process, instead of giving a thumbs-up to the vote.

On the whole, Kenya’s experience has clearly shown that the organisation of periodic elections as a critical aspect of the democratic process is still a learning curve for all stakeholders – governments and their agencies, politicians, EMBs, non-State actors including civil society, the media, election observers, development partners, and even the electorate.

Another lesson is that the deployment of technology in electoral process is still work in progress. There is also the need to strengthen the independence of the judiciary, sensitisation of all stakeholders on the role of election observation, and a critical review of the mandate of election observers to address all key aspects of the electoral process including the use of ICT.