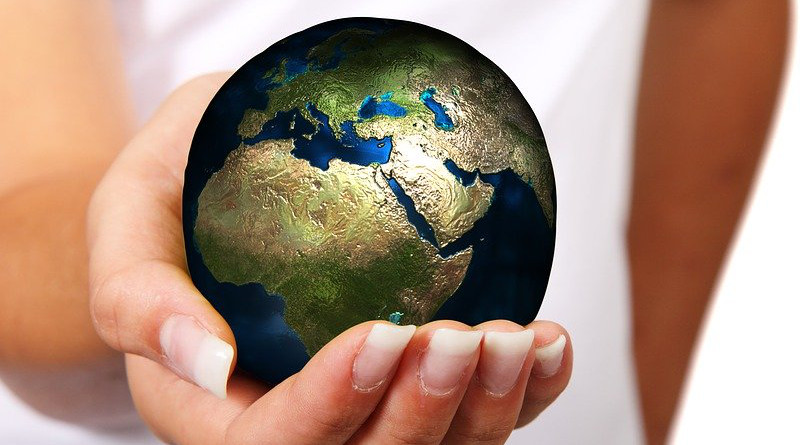 The G20’s agenda has expanded over the past decade to include Africa. India should use the opportunity of its upcoming presidency of the G20 in 2022 to further cement its relationship with Africa and pursue a multilateral agenda from within the G20 for a more equal partnership with Africa.

Africa has been finding a foothold on the G20 agenda over the previous decade. This should be firmed up further in the decade of the 2020s, and it is India that can make the difference.

India’s leadership reiterates regularly that Africa figures among its top foreign policy priorities. Beyond the bilateral track, however, the multilateral domain is also consequential. It is now time to match words with action. India is set to join the G20 Troika in January 2021, on the way to assuming the G20 presidency in January 2022, and will be part of the Troika (of G20 immediate future, present and past Presidents) till December 2023, a year after its presidency ends. It therefore has three years in which to include the African Continent into its G20 priorities.

African issues began to seep into the G20’s consciousness after  2010 when under the Korean presidency, the Seoul Development Consensus on Shared Growth was crafted, with its emphasis on “economic growth based on private-sector development and equal partnership between low-income countries and donors.”[1] The spread of the Ebola pandemic in 2014 elicited  financial contributions  from a few G20 countries to counter it effectively in Africa. The 2016 summit at Hangzhou under the Chinese presidency resulted in an articulation of strong support for the industrialisation in Africa – but no concrete action followed. It was Germany which, under its presidency in 2017, took cooperation with Africa to a new level, with a structured approach to drive the agenda anchored on the Compact with Africa (CwA). The immediate propellant for this was the refugee crisis in Europe, the result of the wars in Syria and Libya, with whom also flowed in vast numbers of African refugees. China’s dominating presence in Africa was the other consideration.

At the G20 summit in Hamburg 2017, this initiative was launched to persuade African countries to improve their macro-economic, business and financial environment for greater induction of foreign investments, especially in infrastructure. Only 12 African countries[2] joined this project. Three years later, the initiative has been judged to be a mixed success and “a long game.”[3]

Saudi Arabia, the present G20 chair, commenced its innings, determined to address suitably “an ever-changing global landscape that is being transformed by technological, economic, demographic and environmental changes.” Convinced that “an increasingly interconnected world” needed international collaboration more than ever before, the Saudi King observed, “The Kingdom strongly believes in the power of global cooperation to forge beneficial solutions, face challenges and create opportunities for all of humanity.”[4] This well-crafted message released on 1 December 2019 carried no direct reference either to Africa[5] or (understandably) to the COVID-19 pandemic that was to become the overarching theme during the year 2020.

Creditably, under the circumstances, Saudi Arabia has steered G20 with grit, hosting a long list of high-level meetings since the virtual summit of G20 leaders in March. There have been clear outcomes such as a detailed, multi-sectoral plan to fight against the Coronavirus-19 as well as to stabilise the global economy.

The forthcoming November summit in Riyadh will deliberate further both on the next phase of the war against Covid – and, hopefully, Africa-related subjects. For example, G20 finance ministers and central bank governors have been closely monitoring progress of the Debt Service Suspension Initiative (DSSI) for burdened developing countries, and have promised to consider “possible extension” at their next meeting in October.[6] Indeed, this initiative is designed to benefit a sizeable number of African states.

What Africa needs is fairly well-known. Its vision of the future was delineated in the African Union’s Agenda 2063 and the UN’s 2030 Agenda for Sustainable Development. In the Covid era, although Africa has been less impacted, largely due to the Ebola protocols put in place in many countries like Liberia, Ivory Coast and Nigeria, the continent requires more assistance to deal with the pandemic’s adverse impact on the health sector and the economy. African countries clamor for effective relief from the escalating debt and interest burden, both multilateral and bilateral.[7] Beyond this, there is persistent need for global cooperation with Africa in a host of sectors: infrastructure, education and capacity building, agriculture and food security, strengthening the mechanisms of regional and continental trade, local manufacturing and employment creation, safeguards against climate change, digitisation and economic rejuvenation in general.

These are all areas that fall within the purview of G20. Clearly Africa needs greater attention from the world’s premier multilateral forum at this critical juncture.

Within G20, Africa’s representation has been rather ineffective. Only one African country – South Africa – is its member. The AU and the New Partnership for Africa’s Development (NEPAD) enjoy observer status, disappointingly more symbolic than substantive. Hence, G20’s Africa linkage must be strengthened. The AU deserves to be admitted as a full member of G20, much as the EU is. A good case can be built for the entry of at least two more African states into the G20, but this could open the Pandora’s box; hence the AU will decidedly be a more suitable entrant.

Immediate steps can be taken by the 2021 G20 Troika to establish an institutional mechanism for consultations with the AU. The AU presidency can be urged to set up a group of senior officials representing select African countries (i.e. Africa’s own G10 or even G20). The G20 Troika delegation can then launch a series of discussions with this representative group on a regular basis to ensure that Africa’s feedback is brought into the G20’s mainstream policy-making.[8]

This apart, India can specifically take a leadership role, as suggested below:

i) With (a) no new funding under Lines of Credit (LOCs) or grants announced for Africa since 2015, (b) the fourth India-Africa Forum Summit (IAFS) postponed indefinitely and (c) and its attention focused on the war against Covid and the conflict with China, India seriously risks losing momentum in its recent drive to strengthen ties with Africa. Hence, a decision to hold the India-Africa summit in the first half of 2021, can be announced as soon as possible. This will receive a boost from India’s flagship annual business conference with Africa, the Conclave on Project Partnership, jointly hosted by CII and Exim Bank, which is being held virtually from 22-24 September 2020.[9]

ii) At the fourth IAFS, with the up-coming G20 presidency, India can announce a joint and comprehensive approach on G20-Africa cooperation, based on the Troika-led consultations referred above.

iii) In the planning and preparations for the G20 summit in 2022, which have already begun in Delhi, a strong niche should be carved for Africa-centric themes. To make this a reality, the secretary in-charge of Africa in the Ministry of External Affairs, can be tasked to gather an inclusive, compact and committed group of officials, scholars and representatives of business and other engagement groups. This can serve as India’s brains-trust on the G20’s emerging cooperation with Africa. It can start work right away, with a medium-term view on the full range of development issues.

This is the time for India to step up its game in Africa as a dynamic actor and lead from within the G20 to pursue a multilateral agenda that contributes to peace and prosperity on the African continent.

*About the author: Rajiv Bhatia is Distinguished Fellow, Gateway House. A former high commissioner to Kenya, South Africa and Lesotho, he writes regularly on Africa and G20 matters.

[1] Heger, Katrin and Downie, Richard, ‘Was the G20 Summit a “Win” for Africa?’ Centre for Strategic and International Studies, 27 July 2017, https://www.csis.org/analysis/was-g20-summit-win-africa

[5] Except to state that the Kingdom has ‘a key role’ to present “the perspectives of the Middle East and North Africa region, as well as the views of the developing countries.”

[7] ‘ECA: Three things the G20 must do to support Africa in the COVID-19 pandemic’, UNECA, 20 March 2020, https://www.un.org/africarenewal/news/coronavirus/three-things-g20-must-do-support-africa-covid-19-pandemic

[8] Leininger, Julia and others, ‘G20 and Africa – Ready for a Steady Partnership?’ G20 Insights, 9 October 2019, https://www.g20-insights.org/policy_briefs/g20-africa-ready-steady-partnership/

Home » India, The G20 And An African Agenda – Analysis