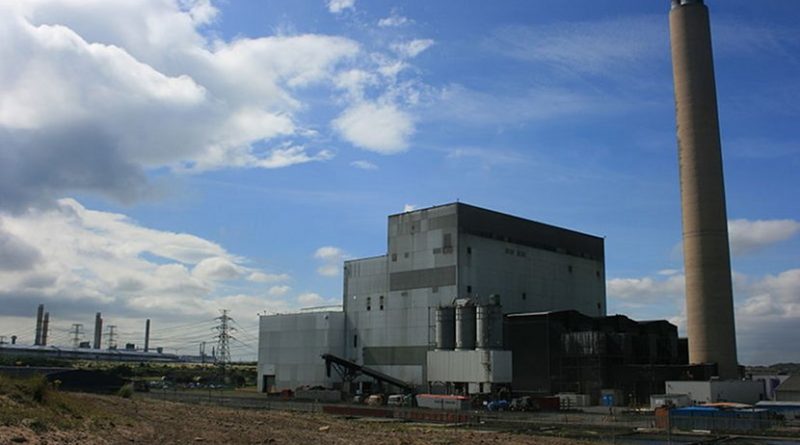 Together with a number of leading local businessmen, your writer had the opportunity to have a business lunch in Botanical Park with the Mayor of Greater Municipality of a big City. Greater Municipality have evaluated takeover possibility of nearby lignite mine reserves from Turkish Coal Board, and open a tender to construct a new thermal power plant based on CFB steam boiler technology, and make necessary cofiring to dispose the municipality refuse in that plant. That process is widely used operation in Northern America and Western Europe. There is available local technology to construct a thermal power plant based on CFB technology in biomass cofiring of municipality waste with local low quality lignite. Municipality disposes the refuse and also generates electricity and creates income for the municipality to use in other public projects.

Cofiring is the combustion of two different types of materials at the same time. One of the advantages of cofiring is that an existing plant can be used to burn a new fuel, which may be cheaper or more environmentally friendly.

Biomass is sometimes cofired in existing coal plants instead of new biomass plants. Cofiring can also be used to improve the combustion of fuels with low energy content. First you make necessary recycling operation on incoming municipality refuse. That means you screen out metals, paper/ cardboard, and plastics for reutilization. The remaining is your mass refuse. If you can dehydrate, take the water out by pressing or via centrifugals, you get relatively high heating value fuel to burn and get electricity to generate income.

Rule of thump cost figure is that for each 2 million inhabitants of a selected greater municipality, you can have an economic capacity of maximum 60 Mwe electricity generation where you can co-fire municipality refuse together with local poor LHV quality lignite. Fuel is cheap, so is the generated electricity.

As long as the electricity or heat produced with the biomass and landfill gas was otherwise going to be produced with non-renewable fuels, the benefits are essentially equivalent whether they are cofired or combusted alone.

Cofiring can be used to lower the emission of some pollutants. Cofiring biomass with coal results in less sulfur emissions than burning coal by itself.

Cofiring (also referred usually as co-firing or co-combustion) is the combustion of two different fuels in the same combustion system. Fuels can be solid fuels, Liquid fuels or gaseous, and its nature either fossil or renewable.

Therefore use of heavy fuels assisting coal power stations may be considered technically co-firing. However the term cofiring is used in the present technological framework to designate combined combustion of two (or more) fuels sustained in the time, as a normal daily practice.

The interest for cofiring and the use of this term sprung in the 80’s in the U.S. and Europe, and referred specifically to the use of waste solid residues (paper, plastic, solvents, tars, etc.) or biomass in coal power stations that were initially designed for combustion of sole coal, and attempted, because of existence of those new opportunity fuels, to carry out a combined combustion in order to increase benefit margins.

This interest on cofiring has grown in the last decade mainly due to the increasing social concerns on global warming and greenhouse gas (GHG) emissions.

Consequences of this concern are the new policies on energy and environment aiming at reducing emissions. Cofiring is regarded as a great opportunity for replacing coal (solid fossil fuel) used for power generation easily with renewable fuels (biomass) with low costs and a direct repercussion in the decrease of greenhouse gas emissions.

During the last decades research has provided very diverse solutions for cofiring biomass in coal power stations with a limited impact in efficiency, operation and lifespan.

Power generation with better efficiency: generally biomass power plants produce electricity with relative low efficiency (18 to 22%) respect the huge coal units (32 to 38%) with optimized cycles given the economy of scale.

Original plant can operate still at 100% load with fossil fuel. Co-firing facility is less sensitive to seasonality in biomass production and to biomass availability and price.

Biomass co-firing represents, compared to other renewable sources, a technically feasible option with the potential of contributing to the EU energy supply meanwhile ensuring sustainable development.

Co-firing of biomass with coal offers several advantages, such as the utilization of large quantities at low combustion rates in the current combustion systems, lower investments and higher conversion efficiencies compared to systems fired exclusively with biomass.

EU has recognized the need of promoting the use of biomass co-firing in order to comply with the Kyoto Protocol, which implies high reduction of the greenhouse emissions.. In spite of numerous successful experiences achieved in Europe, this technology still deserves attention in order to find solutions for technical problems as well as to improve efficiency, reduce costs and emission levels.

Today, EU 25 brings a new opportunity for the development of biomass co-firing, due to the coal combustion infrastructure already installed, the land availability for energy crops and the current dependency on imported fossil fuels.

We conclude that this is a win-win solution. Greater municipalities can exploit the nearby lignite resources and dispose their municipality refuse, and generate cheap electricity. There are many EU project funding for Biomass cofiring. All you have to do is proper application to available funds.

“The difficult I’ll do right now, the impossible will take a little while”, Billie Holiday. Your comments are always welcome