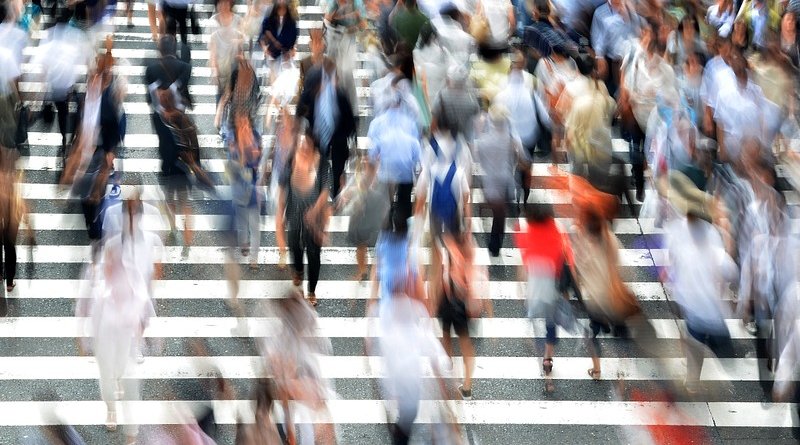 The survey interviewed 3,033 people from the Gulf Cooperation Council (GCC) countries, the Levant and North Africa, aged 16 and up.

Although very few respondents had been to Japan, the general understanding, curiosity and appreciation levels were high.

“I have never been to Japan but it’s on my bucket list for next year,” Sheikha Al-Nuaimi, a 28-year-old Emirati based in Abu Dhabi, told Arab News “My friends and I have been talking about going for a while because we’ve heard so many incredible things about the country. (Japanese culture) is very popular among us in the GCC.”

Al-Nuaimi said she was planning her trip around the spring cherry blossom season. “I haven’t met anyone, especially from this region, who does not like Japan. From the food to the landscape, there is just so much to see and learn and I’m really looking forward to it.”

Theodore Karasik, a senior advisor at Gulf State Analytics in Washington D.C., said two-way tourism between Japan and the Middle East, including the Gulf, was a growth story.

“Japan is increasingly becoming a travel destination for Arab businessmen and families who are seeking to understand better what Japan is all about,” he told ARAB NEWS.

“In order to satisfy demand and bring more tourists, Japanese companies are increasingly offering halal offerings in terms of hotels and food options.”

He said the survey findings showed that Japan gave the impression as a far-off land from the way it was portrayed to Arab viewers through television, film, documentaries and entertainment.

“The history of Middle Eastern tourism is only a recent phenomenon, with the numbers of Arab travelers to Japan increasing. Not too many people in the region previously considered Japan a likely holiday destination. But in recent years the cherry blossom festivals in spring and maple leaves in autumn, plus several World Heritage lists, have been sparking interest. The mystique of Japan as a society is also attractive.”

The Japan National Tourism Organization (JNTO) is looking to build on the 31 million visitors it welcomed in 2018.

While the majority of visitors – nearly 24.34 million – are from neighboring Asian countries, Tsutomu Shimura, JNTO’s executive vice president, said the objective was to attract more affluent visitors, with luxury and authenticity as key promotional messages.

The JNTO says there has been an 8.7 percent rise in tourist arrivals year-on-year, with the Japanese government setting a target of 40 million visitors next year. “Research that we conducted last year shows the Middle East, especially the UAE, is a potentially lucrative market with positive impressions of Japan,” Shimura told ARAB NEWS. “We have identified the Middle East market as an important one for travelers seeking unique luxury experiences.”

JNTO has a strong global presence through its 21 overseas offices, which will soon reach 22 as it plans to open an office in Dubai before Expo 2020.

“JNTO’s office will help to facilitate travel expansion,” Karasik said. “With Emirates and other airlines from the Gulf flying to Japan with increasing frequency, tourists will grow, especially with the 2020 Summer Olympics in Tokyo.”

Japan ranked fourth in the world for travel and tourism competitiveness. It is famous for its cuisine, shopping, hot springs, sightseeing and theme parks. It has been drawing large numbers of visitors through a relaxation of visa requirements, an expansion of its tax-free program and faster immigration procedures.

“The number of visitors and tourists from Gulf countries to Japan is still too small to appear significantly on the statistics, in spite of the huge interest and curiosity about Japan among people in the Gulf countries,” a senior Japanese diplomat based in the Gulf told ARAB NEWS.

“JNTO participated in the Arabian Travel Market 2019 Dubai and actively engaged in promotional activities. It was a learning experience.”

The diplomat cited manga and anime as good ways to introduce the younger generation to Japan. “We have more and more unique destinations, not only physical destinations but also cultural, social and historical destinations. Some holistic programs and a variety of logistical resources are necessary to achieve our objectives. JNTO’s new office in Dubai will help a great deal in this regard.”

Home » Arabs’ Interest In Japan Is An Untapped Economic Potential