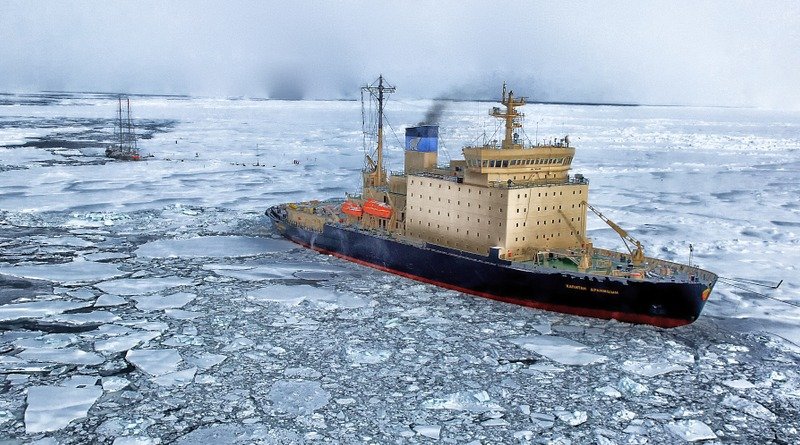 The latest report by the Intergovernmental Panel on Climate Change has added urgency to the need to address enduring changes in the world’s oceans due to global warming. In this respect, the Arctic is expected to be where the most rapid changes will take place. They will have implications for Singapore in the long term.

In its September 2019 “Report on the Ocean and Cryosphere in a Changing Climate,” the Intergovernmental Panel on Climate Change (IPCC) highlights the urgency in prioritising coordinated action to address widespread changes in the oceans and cryosphere (frozen parts of the planet). The Chairman of the IPCC, Hoesung Lee, said recently: “The open sea, the Arctic, the Antarctic and the high mountains may seem far away to many people.”

But, he explained, “we depend on them and are influenced by them directly and indirectly in many ways – for weather and climate, for food and water, for energy, trade, transport, recreation and tourism, for health and wellbeing, for culture and identity.”

If global warming due to greenhouse gas accumulations is expected to be severe world-wide, it is worse in the Arctic region. The IPCC pointed out that ice loss from Greenland and the Antarctic is speeding up and is expected to accelerate from the middle of this century. Surface air temperature in the Arctic likely increased by more than double the global average over the last two decades — over the next 50 years the increase is expected to be in the range of three to four degrees Celsius.

The report points out that sea levels could rise by 1.1 metres if greenhouse gas emissions continue to increase strongly. Under the most pessimistic scenario, sea level rise is projected to exceed rates of several centimetres per year, resulting in a multi-metre rise by 2300. Singapore is keenly aware of the implications of these predictions.

At the recent Climate Action Summit in New York, Prime Minister Lee Hsien Loong said that “like many Small Island States, Singapore is vulnerable, especially to the effects of global warming, and especially the rise of sea-levels. For us, climate change is existential.” Earlier, at the National Day Rally in August 2019, the Prime Minister also highlighted that rising sea levels due to global warming will be a serious concern for Singapore. He then outlined the steps that Singapore will take in the next few years to mitigate the effects of rising sea levels.

As the Arctic will be where the most rapid and dramatic changes will occur during the 21st century, the region is critical as a barometer for global climate change. Thus, Singapore ‘s decision to apply for Permanent Observer Status in the Arctic Council in 2013 appears to be a far-sighted one. (The Council was formed in 1996, with eight Arctic nations as members: Canada, Denmark, Finland, Iceland, Norway, Russia, Sweden and the United States).

The Council has matured from a largely symbolic organisation to one addressing the quickening pace and consequences of climate change in the Arctic. In 2013, it agreed to expand to include six new nations, including Singapore, India, Italy, China, Japan and South Korea as observer states, as a changing climate focuses increasing international attention on the Arctic. By having a seat at the table, Singapore is better able to remain abreast of developments in this fast-changing region.

Apart from rising sea-levels that threaten Singapore’s viability, the latest IPCC Report also observed that summertime Arctic ship-based transportation (including tourism) increased over the past two decades concurrent with sea ice reductions. It pointed out that this has implications for global trade and economies linked to traditional shipping corridors.

Experts estimate that regular trans-polar summer transport (four months) may not occur until towards the middle of this century. But other routes, like the Northern Sea Route along Russia’s northern shore are already navigable — albeit not easily — during certain times of the year. Transiting the Northern Sea Route above Russia between the North Atlantic and the North Pacific would reduce time and distance compared with the use of the Suez Canal.

At present, Singapore is a key shipping node on the route via the Suez Canal, a trip that takes about 45 days. However, the Northern Sea Route could bypass Singapore and cut short the journey by 11 days should it become commercially viable in the future. Already there are plans to build trans-Arctic ships and plans for hub port development in Northeast Asia that will take advantage of this ice-free passage.

As Singapore prepares itself for a world severely impacted by climate change, it also must be ready to grasp opportunities that come its way. For instance, according to estimates by the United States Geological Survey, the Arctic holds 30 per cent of the world’s undiscovered gas and 13 per cent of its oil. With the opening of the Arctic routes and the Arctic in general for oil exploration, there would be an increasing need for new offshore rigs, special-purpose offshore facilities and vessels which can withstand the cold and harsh Arctic environment.

Singapore’s marine industry has built up strong credentials in shipbuilding and repair, and offshore engineering. Already, Singapore’s shipbuilding company, Keppel, has constructed the first icebreakers built in Asia in 2008. It is critical that Singapore’s private sector prepares to seize these opportunities to make the most of the economic potential in the region.

With the opening of the Northern Sea Route, there would also be an increasing need for ports to service ships that ply the route. This is another area where Singapore companies could offer their expertise. There could also be opportunities for research and development into ship technology.

While neither the challenges nor opportunities arising from climate change in the Arctic are likely to impact Singapore in the short-term, it has to understand and prepare for the inevitable changes that will come and which are sure to affect Singapore’s interests in one way or another in the long term. Singapore must sustain its interest in and devote attention and resources to this critical region, so that it is able to respond in a timely manner to developments there.