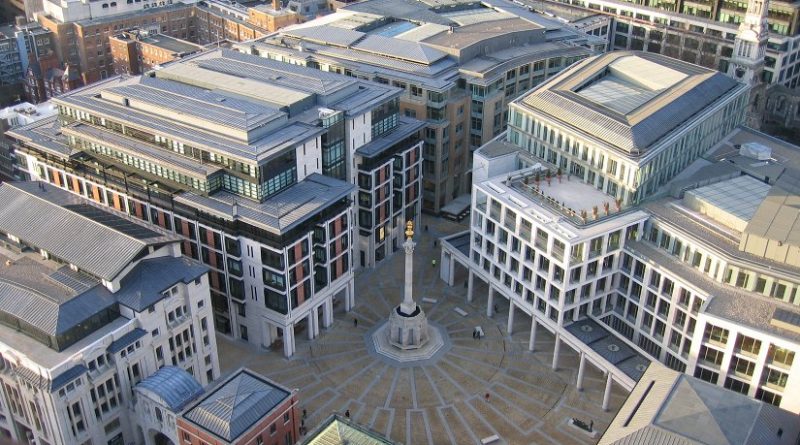 There’s a broad scholarly agreement that British grand strategy, was formed as a geopolitical gift. Britain, as argued in the Stratfor analysis linked above, traditionally was a naval power, but went on to dominate the globe and her peers, in a geopolitical game which was usually dominated by land powers.

Despite early colonial ambitions, Britain was initially in no position to establish hegemony, and her losses in the American colonies made it look more unlikely.

However, after the fall of Napoleon, and with Napoleonic hegemony decimating all the established continental forces, Britain was left challenged by other European power for the next hundred and fifty years. The only two near peer rivals were the United States, which was mostly busy solidifying its own hegemony in the Western hemisphere, and the Russian Empire, which despite her intentions, were economically, demographically and technologically far inferior to the might of the British Empire. The rest is well researched and archived.

It dawned on British leaders that it could maintain this hegemony by tactically balancing opposing forces in continental Europe, even if it meant unwritten mega compromises with former rivals and colonies.

This geo-strategic thinking, documented from Lord Palmerston to Winston Churchill, saw Britain form alliances with former rivals like France, Russia and Soviets as well as former colony United States to twice see off challenges and hegemonic aspirations of another rising continental superpower in Germany. Britain, aware of her radically diminished status after the Second World war and the Suez Crisis, also then subsequently joinedwith United States to balance the Soviet hegemonic ambitions.

Brexit brings this debate into forefront again. Surprisingly this time, amidst the chaos, no one seems to have a clue, about what British Grand Strategy would be. One reason is, as John Kerry once said, it is all very much like 19th century politics, and strategists usually do not openly talk like that in civilised circles anymore.

Liberal consensus in foreign policy and strategic circles also moved from such structural analyses, and talks of amoral balancing and bandwagoning and great power politics are considered old fashioned. Unfortunately the lesson that was etched in the next two years since that speech was that great powers, regardless of whether they are powerful or declining, lash out when their “perceived” national interests and spheres of influence are threatened.

Even when those perceptions might be severely misconstrued, and it might even lead the great power to commit forces beyond it can muster or support, the great power will carry on the course, even at the risk of punishing economic retribution. Kerry and co re-learnt something which Realists talked about for the last quarter century, that there’s no other way other than either a compromise and honourable retreat, or a full on geopolitical confrontation (not necessarily conflict) that are the two ways this challenges can be dealt with. And that nation states, and not values or culture or trade are still the single most powerful determinant in geopolitics.

United Kingdom similarly needs to decide on the number of challenges that it will inevitably face in the coming years. Firstly, assessment needs to be done on the plausibility and effect of market forces deciding geopolitics and how much economic pain are the Britons willing to suffer. Britain cannot survive without European market, or without foreign brains, mostly working in the finance and tech and educational sectors in UK.

Regardless of the cavalier attitude displayed by the Conservative leaders recently, one needs to get facts clear. United Kingdom is not British Empire without the productivity, and market of India, Canada, Australia and New Zealand behind it, and British industry base, like most of the Western countries, has shifted from manufacturing, agrarian and hard industry to a more modern urban, finance and tech centric knowledge based economy. There is no way that is going to be reversed, and Britain simply will not survive a competition when it comes to the labour mobility and comparative advantages of India or China, or other Asian economies for example. Which brings to the more important question, as both United Kingdom and Europe needs each other, what about the European Union and how to deal with it?

The European Union, is a political construct, and as long as it stays, harsh though it may sound, it might tend to look at United Kingdom post Brexit as a rival source of competition. UK has unleashed, or at least inspired a lot of national socialist and populist forces within EU, and the survival of EU depends on dominating and defeating these forces and that cannot be done, unless UK either compromises with EU on single market or capitulates to a more powerful EU.

Already there is extreme friction with regards to an European security force led by none other than Germany, which understandably leaves UK shaken as it leads to a separate division and bureaucratization of European security command alongside NATO, not to mention the nightmarish idea of a potential joint military force across a narrow sea, of which UK is not a part of. With regards to that, what then should therefore be the British strategy? Would she join forces with Russia, another great power (albeit a rogue one) which might feel threatened by the same development? Should Britain then try to persuade United States that a single economic and military union in Europe is actually a hegemonic idea which is not desirable and one that both US and UK should oppose, because frankly no one knows how this union might act in future? Or should it covertly instigate separatist conservative anti-centralisation forces across the continent?

This is not a a fortunate or necessary development, however, nor is it desirable and is being advocated here. It is just a plausible scenario that falls within the realms of statistical possibility and therefore must be taken into account in any such analysis.

The United Kingdom, without a shadow of any doubt, has got more in common with immediate neighbours in Western European nation states than for example Russia or Central-Eastern V4 states, when it comes to culture, political leanings, and values, just as United States has more in common with United Kingdom than other European continental powers. United Kingdom is also heavily dependent on both European brainpower and research funding and the market forces and labour, despite the bravado of her current leaders.

However, Britain, is also a great power, and just like any other power, is shaped and influenced by structural forces around her. And as the literature of alliance formation tells us, if Britain faces too much pressure from the European Union regarding Brexit deals, the spring might just snap, and London might have to look for other partners and a more confrontational grand strategy, not just economically but also geopolitically. A lot is at stake here, and even post EU Referendum, it would be imprudent for both London and Brussels to be uncompromising, just as it would be unwise for Washington to have a completely hands off attitude regarding the future of these negotiations. The entire Atlantic security depends it.

Addendum: “This article was written on October 14th. One of the three primary hypothesis was that Britain, should it face an intransigent EU, might consider tactical alignment with Russia. The author would like to note, that as of 31st October, 15 days after the article was first drafted, while not official policy, that hypothesis is well within official consideration among the ruling Conservative policy circles.”