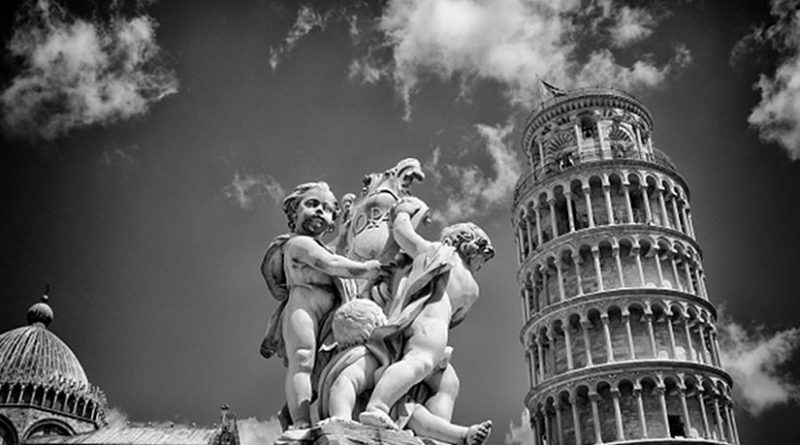 Italians will vote next month on constitutional reform that aims to abolish perfect bicameralism. The reform would reduce the size of the Senate, and make the Chamber of Deputies the primary legislative body. This column discusses the effects of perfect bicameralism on legislative efficiency and the relationship between executive and legislative power. The reform would see a reduction in decree laws and legislative decrees, and lead to less frequent use of the confidence question. Additionally, it would see important improvements in bureaucratic efficiency.

By Massimo Morelli and Moritz Osnabrügge*

On 4 December, Italians will vote on the constitutional reform in a referendum. The primary goal of the reform is to abolish perfect bicameralism. Currently the first chamber, the Chamber of Deputies, and the second chamber, the Senate, have to agree on a common proposal before ordinary legislation can be adopted. The government depends on the confidence of both chambers. The proposed reform of bicameralism can be summarised as follows:

In this column, we argue that if this reform passes there will be an improvement not only in the often cited possibility of “more policy change”, but also in the ‘quality’ or ‘type’ of legislation. The number of decree laws and legislative decrees, and hence the delegation to the executive of legislative functions, will be reduced. Furthermore, we highlight that the reform will reduce the number of confidence questions and can under certain conditions improve the bureaucracy.

Existing political science research establishes that a reform moving away from bicameralism will facilitate policy change via ordinary legislation:

On top of the above arguments, we remark that both the size of the gridlock interval and the level of uncertainty have important implications for the use of decree laws (decreti legge) and legislative decrees (decreti legislative). As the reform reduces the gridlock interval and uncertainty, the political actors will have fewer incentives to use these mechanisms to change the status quo. The government does not need to use decree laws to bypass the parliament because it is more likely to adopt the legislation successfully via the ordinary legislative procedure. On the other hand, the parliament has less incentive to delegate power to the executive because the transaction costs for legislative decision-making are lower.

We argue that the number of decree laws and legislative decrees is excessive and that the Italian form of bicameralism creates incentives to use decrees. To provide evidence in favour of our argument, we refer to some interesting findings in political science research. First, the detailed analyses of Kreppel (2009) and Della Sala and Kreppel (1998) suggest that the inability of passing legislation via the ordinary procedure was one important motivation for using decree laws and legislative decrees in Italy. Epstein and O’Halloran (1999: 53) show that ‘internal transaction costs’ increase the legislatures’ incentives to delegate power to the executive. These transaction costs increase with bicameral procedures, preference heterogeneity and uncertainty. In a recent paper, Junge et al. (2015) demonstrate that a larger risk of gridlock increases bureaucratic activities. König et al. (2016) provide evidence that both the risk of gridlock and uncertainty increase the incentives of institutions to adopt early agreements in the EU decision-making process. These agreements are typically made in informal meetings between representatives of the European Parliament, the Council and the European Commission.

In sum, the evidence suggests that the number of decree laws and legislative decrees will become smaller. In addition, the process of law-making will become more transparent because more legislation is done by the parliament rather than the bureaucracy.

The gridlock interval and uncertainty also have implications for the incentives to use the vote of confidence, which “permits the government to attach the vote on a specific policy or program to an up or down vote on the government” (Huber 1996: 269). We argue that the bicameral system increases the incentive to use the vote of confidence because bicameral systems are characterised by more preference heterogeneity and uncertainty. Theoretical work highlights that the confidence vote procedure induces voting cohesion for governmental coalitions on important reforms (Diermeier and Feddersen 1998).

In the Italian constitution, Article 94 establishes that the government depends on the confidence of both chambers. The rules of procedure of the Chamber of Deputies highlight that the government may initiate a question of confidence (Rule 116). The government increasingly uses the question of confidence to convert decree laws into laws to speed up the decision-making process. In the period from 1996 to 2012 this occurred 77 times. This is especially true for important reforms in the field of economics and finance (Musella 2012: 461, 471, 473).

In summary, we expect that the proposed reform will make the question of confidence less frequent.

The effect of the reform on the bureaucracy is ambiguous. On the one hand, more policy changes could slow down and complicate the interpretation and implementation tasks of the bureaucracy (e.g. Gratton et al. 2016). On the other hand, the less frequent use of legislative decrees and decree laws could reduce complexity due to different sources and different expected durations of legislation. The reform is likely to increase the accountability of decision-makers because the legislators are elected by the citizens, which is not true for the bureaucracy (Strøm et al. 2003). Lastly, the reform will reduce executive discretion because the legislature will have more possibilities to adopt ordinary legislation (e.g. Junge et al. 2015).

The implications for the bureaucracy depend on several contextual factors such as political instability. In times of political instability voters have more difficulties in identifying good politicians, who make good reforms and facilitate the job of the bureaucracy. This problem occurs because voters cannot observe the outcome of reforms due to frequent government changes (Gratton et al. 2016). Interestingly, Diermeier et al. (2007) suggest that the reform will not have major effects on political instability. The authors investigate the impact of bicameralism on the duration of governments. In line with the Italian constitution, they define bicameralism as a system where the confidence of the government depends on two chambers. Using a theoretical model and structural estimation, they provide evidence that removing bicameralism does not affect government durability, but decreases the coalition sizes.

To sum up, the reform will reduce bureaucratic discretion, but the overall effect on the bureaucracy is likely to depend on contextual factors such as political instability. Hence, we believe that further reforms, such as a reform of the electoral system, could reinforce the positive effects of the constitutional reform on the expected bureaucratic efficiency.

The existing research reviewed in this column emphasises some important effects of the constitutional reform that have been neglected in the public debate, namely, the effects on legislative efficiency and reduction of delegation to the executive. The reform may also contribute to improve the bureaucracy.

In contrast with the prevalent conjecture in the public debate, this reform does not necessarily imply that the Italian political system will be characterised by less checks and balances. First, constitutional reforms will continue to require approval of both chambers (Tsebelis 2016).

Third, the reform is likely to reduce bureaucratic discretion and allow the parliament to play a more active role in legislative decision-making. The current institutions create gridlock and uncertainty, which make ordinary legislation more difficult.

Diermeier, D and R B Myerson (1999) “Bicameralism and its consequences for the internal organization of legislatures”, American Economic Review, 89(5): 1182-1996.

Kreppel, A (2009) “Executive-legislative relations and legislative agenda setting in Italy: From leggine to decreti and deleghe”, Bulletin of Italian Politics, 1(2): 183-209.