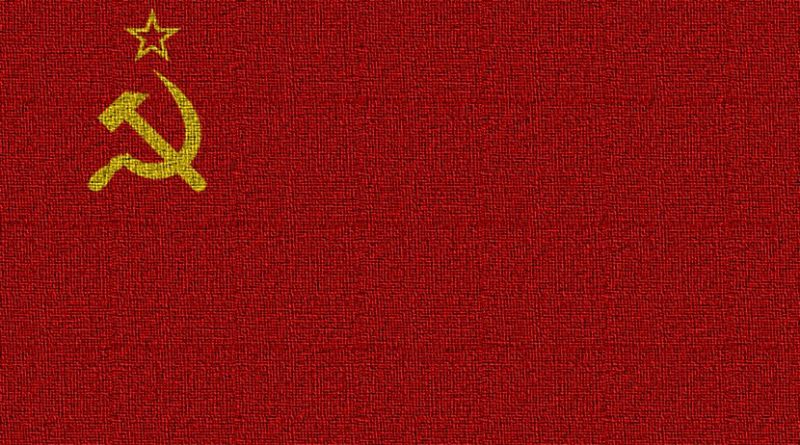 Flag of the Soviet Union

In Soviet times, officials and propagandists were very careful never to speak of what many thought was their real goal, the creation of “a Soviet nation.” Instead, Moscow and its minions consistently spoke of the multi-national Soviet people, a term far less freighted at least ostensibly with ethnic and assimilationist meanings.

But now, nearly 30 years after the USSR fell apart, some Russians who regret that “geopolitical disaster” are speaking openly about the rise and fall of “the Soviet nation,” a reflection both of the decay of ideological standards and the projection back into the past of the notion the Kremlin is now pushing of a non-ethnic Russian nation (rossiiskaya natsiya).

If such usage becomes widespread, that will almost certainly backfire on Moscow by suggesting that what it is about with its non-ethnic Russian nation is in fact not a warmed over version of the Soviet people many view now view it as but rather a radical assimilationist project which will leave little or no place for the non-Russian third of the population.

And indeed, a new discussion of “the Soviet nation” by Aleksandr Gaponenko, a Russian economist in Latvia, will only exacerbate such feelings because he argues that it was the creation of “the Soviet nation” by Stalin that allowed the USSR to defeat Hitler and the demise of that “nation” that led to 1991 (imhoclub.lv/ru/material/sovetskaja_nacija_ot_vozniknovenija_k_raspadu).

According to Gaponenko, “the annihilation of the Soviet nation was for the majority of its members a tragedy,” one that resulted in conflicts and deaths and a shift in the distribution of resources away from what the composition of the population deserves and requires to one serving the interests only of ethnocratic elites.

“The ethnic elites in the Russian autonomous national republics adopted the course of building their own nations and of seeking to exit the Russian Federation.” Chechnya adopted the most extreme measures in that regard, Gaponenko says; but it was and is hardly the only one interested in leaving.

After Vladimir Putin came to power in 2000, the economist continues, Moscow did succeed in freezing this process, suppressing some of the separatists. “However, the causes of the demise of the Soviet nation have remained unclarified up to now, and the tactics adopted to counter them did not acquire a systemic character and were not that effective.”

Today, Gaponenko argues, “as a result of the intensification of foreign force pressure, threats to the non-ethnic Russian nation and the Russian people have arisen again,” and as a result, it is important to look back at how and why “the Soviet nation” was build and then fell apart.

According to Gaponenko, “a nation is “a community of people who voluntarily follow definite spiritual values and the norms of behavior arising from them. It is constructed on the basis of a simpler social union, the people.” Russia had begun to form one in the 19th century, but it had not yet succeeded and so the country fell apart in 1917.

“The communist elites began to build a new social community which they later called the Soviet people, although it would be more correct to speak about a Soviet nation,” he argues. With regard to this project, the party was divided into two groups, the national Bolsheviks around Stalin who wanted a single Soviet nation, and the national communists around Trotsky who wanted a multi-national people.

The national communists won the early rounds of state construction and the country was divided into republics and ethnically based units of a lower order. Because that was so, initially, “the process of building a single Soviet nation was reduced at first to the dissemination of communist ideology among the masses of the population.”

Gaponenko insists that “this was clearly insufficient in order to hold together the extremely diverse ethnic population of the USSR.” And in the 1930s, Stalin moved to marginalize and destroy the national communists and pursued a policy of national bolshevism toward a single Soviet nation.

He eliminated the presumptive right of non-Russians to control their areas and insisted on the equality of all peoples in a community which because of size and strength was inevitably dominated by ethnic Russian and Russianized non-Russians who were to form a single “Soviet nation.”

That required suppressing some non-Russian territories and exiling their populations and the introduction of Russians in others. Without that, Gaponenko says, the Soviet Union would not have won World War II. Unfortunately, he continues, Stalin’s successors forgot his lessons; and they moved back in the direction of national communism.