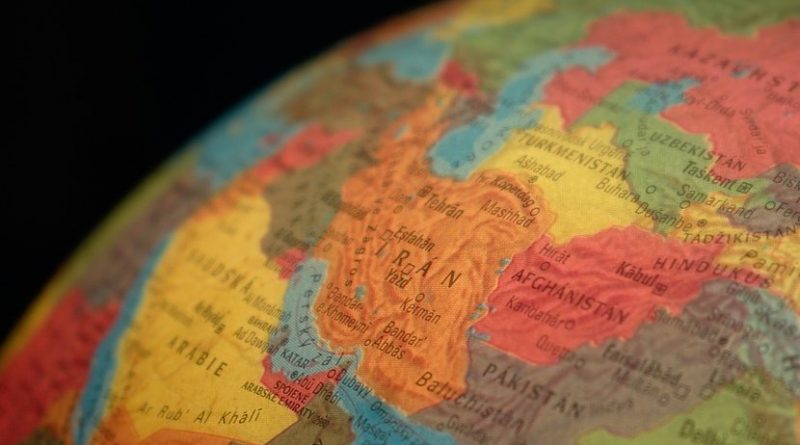 Freedom of the press and the Media are both considered the fundamental pillars of Democracy across the globe.  However, some authoritarian regimes restrict and ban the media and freedom of speech.  These regimes establish and monitor their broadcasting system and media activity. The Iranian regime’s nature is authoritarian and dictatorial, and the country is ruled based on Shiite ideology and Persian nationalism. Security forces, especially the Iran intelligence ministry, Islamic Revolutionary Guard Corps (IRGC), have a robust interconnection with media. Through cooperation with the Ministry of Culture and Guidance, security agencies can monitor the media and the press.

Undoubtedly, Iran’s state-driven media have to pursue and consider the procedures based on ideological and national interests, focusing on the Shiite religion rules and Persian nationalism. The Iran State Press and media and other foreign opposition news media stood by Armenia and refused to hold a neutral position during the second Nagorno-Karabakh (Internationally recognized as Azerbaijani territory) conflict lasting September 27th to November 10th, 2020.

We first need to analyze why the Iranian media holds discriminatory policy and behavior toward the Republic of Azerbaijan.  One of the main reasons is the large population of Turks who reside in Iran. They live mainly in Northwestern regions whom Turkish activists call South Azerbaijan. It is estimated that approximately 30 percent of Iran’s population is Turkish.

Iranian officials assume the potent, rich, and attractive the Republic of Azerbaijan can influence Azerbaijani Turks and reinforce their desire to secession from Iran.  One example is a November video report named the “Nagorno-Karabakh War” and shared by Mashregh News, an analytical website affiliated with IRGC, which served as a pretext for Iran’s disintegration. In October, thousands of Azerbaijan Turks from cities like Tabriz, Ardabil, Zanjan, and Tehran gathered to support Azerbaijan and protested to criticize Iran’s aids in Armenia.

Unfortunately, security forces cracked down on these demonstrations and arrested dozens of protesters. Of course, Iran’s state-run media organizations avoided discussing arrest details of the demonstrations, and some, like the IRIB, went as far as distorted and misrepresented the nature of the protests in favor of the government.

The Iranian media using mostly the Persian language represented and conveyed the sovereign and independent Azerbaijan as the major threat to the religious, totalitarian, and Persian-centered government’s interest and security.

Another important factor impacting Iranian state media policy against Azerbaijan in the recent battle of Nagorno-Karabakh is Azerbaijan’s strategic relations with Turkey and Israel. Turkey has been a long-time political rival of Iran regionally. This is the reason why Iran will not tolerate the presence of Turkey in the Caucasus. The Iranian media spread misleading news and inaccurate information against Turkey, which mobilized the Jihadi fighters to go to the battlefield of Nagorno-Karabakh.

Naturally, the Iranian media had no supporting evidence to back up their claims in the news. Furthermore, on November 1, IRIB interviewed Iranian Foreign Minister Mohammad Javad Zarif, in deceptive statements claimed terrorists and possibly Zionists participated in the conflict and diverted the issue to those governments involved.  Since then, the war is now over, and there is still no reliable documents or evidence to support his allegations. Propaganda and hate speech against Israel and Jewish people have been a dominant headline in Iranian media since the establishment of the Islamic Republic of Iran.

Due to Iran and Israel’s deep hostility, the Iranian government cannot endure Israel’s presence and strong ties with neighboring countries. Recently, the government news agency, Fars News, published an article by Ehsan Movahedian about the economic consequences of the recent peace agreement between Armenia and Azerbaijan on Iran. The author emphasized that Israel’s permanent presence in Iran’s northwest border could be a significant threat for the Islamic Republic and create ethnic tensions.

Similarly, on November 17, Mashregh News posted an article about the second war of Nagorno-Karabakh and its effects on Iran’s geopolitical capacity in the energy sector.  In a similar theme, Ministry of Intelligence expert Ahmad Kazemi claimed that in the second Karabakh War, Turkey’s primary aim, The Republic of Azerbaijan, and Israel was to occupy the 42-kilometer border strip between Iran and Armenia by implementing the exchanging corridors in their plan.

Kazemi concluded that opening the transit corridor between Azerbaijan and Nakhichevan is the American and England idea to restrain China, Russia, and Iran in the coming decades, to strengthen the concept of the Great Turan and Pan-Turkism. The transparent distress and concern of Iranian officials and experts reflected in the media indicated the government’s objective to disrupt the November Russian-brokered truce deal between Armenia and Azerbaijan that was signed between three countries over the Nagorno-Karabakh.

Like Iran state media, Iranian overseas opposition media had a similar consensus about the Nagorno-Karabakh conflict. Most of them deliberately distorted and censored the region’s realities and war facts in favor of Armenia in their articles and news. Iranian opposition media such as the BBC Persian, Radio Farda, and Iran International TV describe Nagorno-Karabakh as an Armenian-populated region. They refrain from elaborating on ethnic cleansing, which caused the displacement of one million Azerbaijani people from Karabakh and surrounding areas by Armenian troops during the first war in the 1990s.

In the same media, Shusha was announced as an occupied city by Azerbaijan and not as a liberated city. Stemming from their Persian-centric nationalist views, they deem the awakening and empowerment of Northern and Southern Azerbaijanis as a serious threat to national security and unification in Iran.

In most cases, the Iranian media does not analyze events and issues impartially. Comparatively, they evaluated regional problems and national issues influenced by ideological interest and Persian nationalism. In the recent Nagorno-Karabakh battle, the Iranian media supported Armenia by spreading fallacious news and misleading information against Azerbaijan, like Israeli forces’ deployment in Iran’s Northwest border and transferring terrorists to the front lines of the war.

Not surprisingly, the media attempted to deceive the public opinion by making accusations to justify Iran’s support for Armenia. Although Iranian Journalists and media activists thought that their anti-Azerbaijani actions would strengthen national security, contrastingly, their destructive activities did not contribute to national unity but instead intensified the ethnic division between Azerbaijani Turks and Persians in Iran.

Consequently, with the continuance of the Iranian media’s destructive policies, without considering the Turks’ demands in Iran, maintaining stability, national solidarity, and territorial integrity will be a prominent issue in the future.

*Elchin Hatami is a human rights activist and was born in Azerbaijan, Iran, whose activities are mostly based on ethnic rights in Iran. He holds a master’s degree in sustainable agriculture from the University of Tehran and currently lives in Chicago, USA.