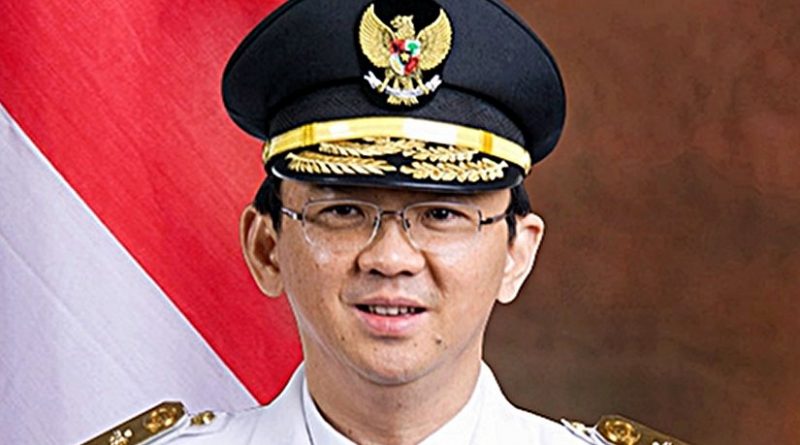 Jakarta’s popular, dynamic (and by all accounts, clean) Governor, Basuki “Ahok” Purnama, a Christian of Chinese descent, is on trial for saying, at a recent election rally to vote in the next governor, that his critics were deceiving the public by misusing a Koranic verse to suggest that Muslims must not be ruled by non-Muslims. His statement went viral – in a somewhat distorted form – which propelled Muslim vigilante groups (hitherto considered ‘fringe elements’ in Indonesia) centre stage.

However, in three colossal rallies held between October and December 2016 to demand Ahok’s prosecution for blasphemy were also hidden motivations of revenge: from slum-dwellers recently evicted in a clean-up drive or bureaucrats he had been tough with etc. Also (barely) concealed were ambitions for the next governorship of Jakarta and for the next presidency, through a stratagem of embarrassing President Jokowi – former governor and running mate of Ahok – into not seeking a second term in 2019. A trial court is expected to pronounce its verdict early in the new year.

Knowledgeable commentators agree that the governor’s remark was off-the-cuff, perhaps even a trifle careless, but most certainly without malicious intent. Nevertheless, a 100 per cent conviction rate under Indonesia’s blasphemy law of 1963 (dormant until democracy returned in 1998 and then used only by President SB Yudhoyono, who first caused shock waves by banning the Ahmadiyah) foretells a grim future not only for Ahok but also for Indonesia’s image as a modern, secular and pluralist democracy, a role model for the Muslim world.

Ahok’s rivals for governorship, Agus Harimurti Yudhoyono and Anies Baswedan, are ambitious men with powerful connections. Yudhoyono is the son of a former president and from the military himself, while the latter is a protégé of Gen Prabowo (Soeharto’s erstwhile son-in-law), whom Jokowi defeated in 2014’s presidential race. The president initially ignored the protestors but when this brought the mob close to transferring its rage onto him, he chose to briefly share the platform with them, from where he expressed his confidence in the laws of the land. The gesture deflected the pressure (and also isolated his friend Ahok). However, conferring this degree of legitimacy upon thugs and vigilantes could prove costly for the country.

To say that Indonesia is a difficult country to govern is understating the problem. A vast and sprawling archipelago of 1,70,00 islands, it presents enormous cultural and ethnic diversity that has produced several successive ideological streams called aliran. In 1957, when armed militiamen and cadres of the Darul Islam were running amok in West Java, Sumatra and Sulawesi – encouraged in their subversive designs by a Communism-obsessed CIA – Soekarno overthrew Indonesia’s first (and cacophonous) parliament and stopped the constituent assembly from debating a new federal constitution. So began Indonesia’s ”guided democracy” and its forty year-long tryst with dictatorship. Between 1957 and 1997, under two successive authoritarian presidents (Soekarno and Soeharto), even publicly discussing aliran issues was forbidden lest national unity be endangered. Of course Indonesia in 1957 was a very poor country without strong economic fundamentals, which have since made it the darling of global investors.

Mark Twain once said that although history may not repeat itself, it sometimes rhymes. Democracy since 1998 has introduced unfamiliar strains into once regulated and predictable Indonesian lives. The presidential election two years ago saw disturbing signs of a popular yearning for the return of strong man Soeharto, when his ex-son-in-law Prabowo came within a whisker of victory. Is it outlandish then to worry that the expected results of the on-going trial could put a sharp brake on Indonesia’s still young, still secular democracy, and either radicalise its society completely or restore its military to its former status of underwriter of domestic peace and development? A third and very ‘Indian’ option of muddling through democracy exists of course, but is it desirable?

In a tightly connected world and given the significant parallels of history, geography, culture and majority-minority balances – in the last aspect, almost exact mirror opposites – India and Indonesia have strong mutual interests (and the required – if latent – empathy), to understand each other’s frustrations with democracy. While the bilateral dialogue on maritime security issues is now well-established, both India and Indonesia need to stop shying away from introducing sensitive domestic issues into the bilateral agenda for discussion. Prime Minister Modi raised the issue of corruption with President Jokowi during the latter’s recent visit to India, which is a good beginning. They should now go further and talk of inclusive governance, gender relations, poverty, federalism, electoral reforms, etc. And of secularism (and the respective interpretations of it), the most critical issue on which two young democracies (one less young than the other) will be tested.