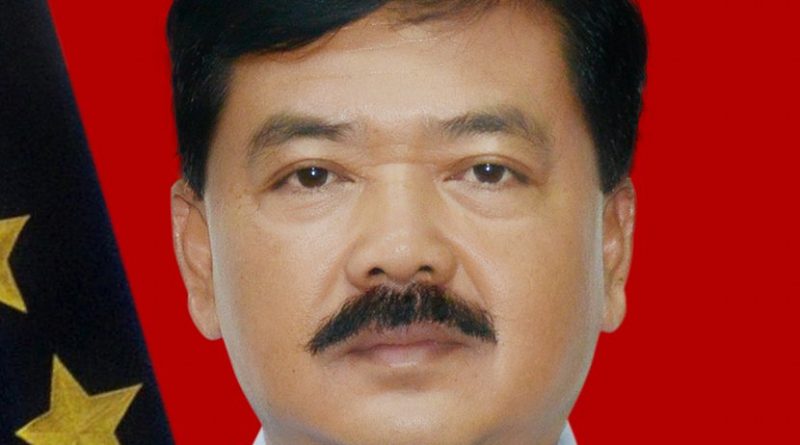 The new Indonesian Armed Forces Commander, Air Chief Marshal Hadi Tjahjanto, created waves when he reversed the reshuffle of the military top brass initiated by his predecessor, General Gatot Nurmantyo. Who is Indonesia’s new TNI commander who hails from the air force in a military traditionally dominated by the army?

Hadi Tjahjanto, the new commander of the Indonesian military, reversed his predecessor’s recent reshuffle of the top brass soon after taking over. Unprecedented in posture and boldness, Air Chief Marshal Hadi seemed to have drawn strength from his close relationship with President Joko Widodo.

Appointed in April 2017 to replace General Gatot Nurmantyo, ACM Hadi and the president have known each other since their time in Solo as commander of the Adi Sumarmo airbase and mayor of the city, respectively. Good personal ties between them continued up to ACM Hadi’s appointment as the president’s military secretary and more recently as the air force chief of staff before his latest elevation. Who is the new TNI commander?

ACM Hadi will be the 17th commander of the TNI and only the second airman to reach the peak of the military organisation. He will lead the TNI during an especially uncertain period due mainly to the upcoming regional elections which require the TNI commander to be someone who is popular and well-liked.

At the same time, ACM Hadi will have to contend with reforming the TNI in light of the legacy of his controversial predecessor Gen. Gatot. There are hurdles that ACM Hadi will have to face as the new TNI commander, notably his own identity as an air force officer and one who resonates mainly with a Javanese cultural setting.

Both ACM Hadi and Gen. Gatot are Javanese by background. However, ACM Hadi expressly chooses to identify more with his Javanese cultural identity as compared to other Javanese officers who are at the peak of their careers such as Gen Gatot and the army’s Chief of Staff Gen. Mulyono. He had been seen demonstrating his rich knowledge of the tradition namely by speaking in polite Javanese (basa krama), showing Javanese courtesy (tatakrama) and even singing in Javanese (nembang).

ACM Hadi also has strong beliefs in Javanese philosophy that is derived primarily from the Javanese version of the Indian epic Mahabharata. During a television interview, he mentioned that his favourite character is Gatotkaca from the Mahabharata. The figure of Gatotkaca is also commonly associated with the Indonesian Air Force (TNI AU).

ACM Hadi’s cultural expression stands in contrast with Gen. Gatot who frequently likes to use Islamic narratives. Gen. Gatot who is also Javanese by background often identifies himself more as an Indonesian Muslim rather than an abangan (traditional or syncretic Muslim) Javanese. Driven by political ambition, Gen. Gatot did not shy away from seeking support amongst Muslims who are members of established organisations (namely Nahdlatul Ulama and Muhammadiyah).

Following the huge demonstrations against incumbent Jakarta governor Basuki Tjahaja Purnama that took place in Jakarta on November and December 2016, a number of Islamic organisations including the hardline GNPF-MUI threw their support behind Gen. Gatot.

It may seem odd that an army officer would draw support from a group like GNPF-MUI. Seen in the light of the historically amiable relations between the military and Islamic parties in Indonesia, Gen. Gatot’s courtship of Muslim allegiances fits what would be defined as the aspiration for ahlul quwwah or bearers of military might. Although Gen. Gatot will be retiring soon, his support from Muslim groups is not likely to drop.

A few decades ago, typical military officers like ACM Hadi who identify strongly with their Javanese roots would make up the majority in the TNI. Following the fall of President Suharto, political Islam has been on the ascendancy and has since spread into every sphere of society including the military. Peer pressure and sociocultural transformation resulted in the military shedding its past image as abangan by gradually becoming putihan (pious Muslim). ACM Hadi, nonetheless, is still seen as abangan. Such an image may work to his detriment.

His Javanese cultural background, however, is only one of his multiple identities. ACM Hadi is also a graduate of the class of 1986 of the Indonesian Air Force Academy. This partly explains his closeness with his deputy chief of staff, Air Vice Marshal Yuyu Sutisna, a graduate of the same batch.

In addition, foster family (keluarga asuh) relations is a prominent feature that binds groups within a traditional military family. ACM Hadi himself is a member of the “Sparrow” foster family that includes Air Marshal (Retd.) Sunaryo, former deputy chief of staff of TNI AU as well as Air Vice Marshal Dedy Permadi, currently serving as an assistant to the Armed Forces Commander.

Coming from the air force (TNI AU) has its complications in an army-dominated organisation. The TNI AU was perhaps unfairly implicated with the notorious 30 September Movement (G30S) that was linked to the PKI or Communist Party of Indonesia. This has undoubtedly remained a sore point among the more pious servicemen.

For the Indonesian Army, the G30S Incident of 1965 was a blemish on its record. The army, in particular, was seen as the standard-bearer of Indonesian nationalism. The air force, in contrast, holds a less prestigious stature allegedly due to the historic involvement of some airmen in the Incident.

As such, the Indonesian air force carries a particular historical burden of surpassing the army in both prestige and loyalty to the nation. Communist fear-mongering unfortunately had not declined in post-Reform Indonesia. There is always a danger that political polarisation might cause disunity within the ranks of both the army and air force.

Furthermore, ACM Hadi will most definitely have to contend with the legacies left behind by his predecessors, namely Gen. Moeldoko and Gen. Gatot. These two generals had expanded the original scope of the TNI to include non-defence related matters such as corruption eradication, counter-terrorism, and the most recent “Bela Negara (Defend the State)” policies.

Lastly, ACM Hadi’s biggest challenge would be in tackling an alleged corruption related to the recent procurement of an Augusta Westland helicopter. A high-ranking air force officer had already been summarily dismissed due to his involvement. To make matters worse, the Indonesian corruption eradication commission (KPK) had decided to investigate ACM (retd.) Agus Supriyatna, who was ACM Hadi’s senior in the air force. For starters, this particular case will certainly test the new military commander’s professionalism and mettle.