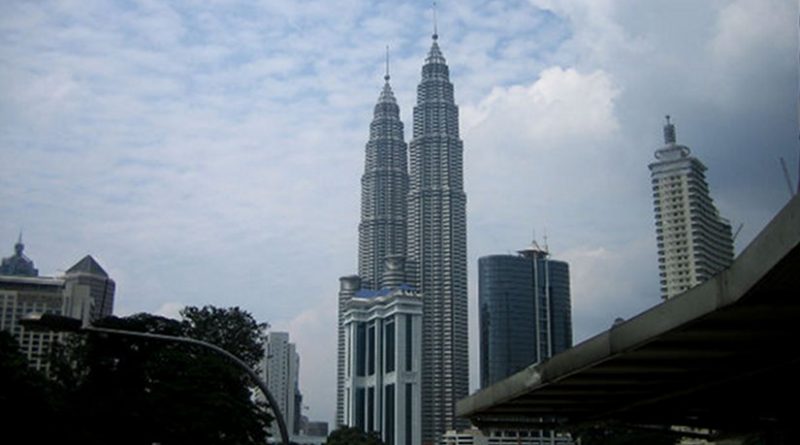 By Hadi Azmi and Prapti Rahman

A Bangladeshi film director and 18 others who were arrested in Kuala Lumpur over the weekend will face charges of violating Malaysia’s tough security law, allowing authorities to hold them up to 28 days without trial, officials said Wednesday.

Film director Anonno Mamun and 18 fellow Bangladeshis were arrested at a condominium unit in Kuala Lumpur on Sunday after authorities received information that they were they were involved in human trafficking under the pretext of organizing a cultural event, police said.

The 19 suspects were detained under the Security Offences (Special Measures) Act 2012 (SOSMA), a law that was created to thwart internal security issues, including acts of terrorism, Shaharuddin Abdullah, chief of the Dang Wangi police district, which covers Kuala Lumpur, told BenarNews.

“It is currently under investigation by Bukit Aman,” Shaharuddin said, referring to the Malaysian police headquarters. “They were detained under SOSMA.”

SOSMA replaced the controversial Internal Security Act, which allowed for detention of up to two years without requiring authorities to present the suspect in court.

If found guilty, the defendants could face up to 15 years in prison, authorities said.

The film director had travelled to the Malaysian capital from Dhaka on Dec. 13 along with 57 people, including singers and artists, for the Cinematic Bangladeshi Nights entertainment event. It was held at a building in downtown Kuala Lumpur on Dec. 23.

The event’s anchor, Debashish Biswas, told BenarNews that he found it “very suspicious” to see Mamun with so many people during his arrival at the airport in Kuala Lumpur.

“Everything seemed fishy,” he said. “But the organizer asked us not to get worried.”

Bangladeshi celebrities entertained the crowd of about 2,600 during the event, Biswas said, adding he was told by some of the undocumented Bangladeshi workers that they had paid their “handlers” the equivalent of U.S. $3,100 in taka, the Bangladeshi currency.

“The organizers had not informed the Bangladesh High Commission before the program,” he said, explaining that the diplomatic mission in Kuala Lumpur learned of the incident only after Mamun’s arrest.

Muslim-majority Malaysia, home to about 32 million people, has about 2 million legally registered foreign workers and a similar number of undocumented immigrants, according to non-governmental organizations.

In July this year, Malaysia swept up more than 5,000 foreigners in a crackdown on illegal immigration. Bangladeshis and Indonesians topped the list of detained undocumented workers, officials said.

Southeast Asia’s third biggest economy after Indonesia and Thailand, Malaysia became a popular destination for migrant workers after it posted robust economic growth in the past few years.

In a statement released in August, the ASEAN Parliamentarians for Human Rights said that because of the crackdown in Malaysia, many migrants were living in fear.

Hareez Lee in Kuala Lumpur contributed to this report.