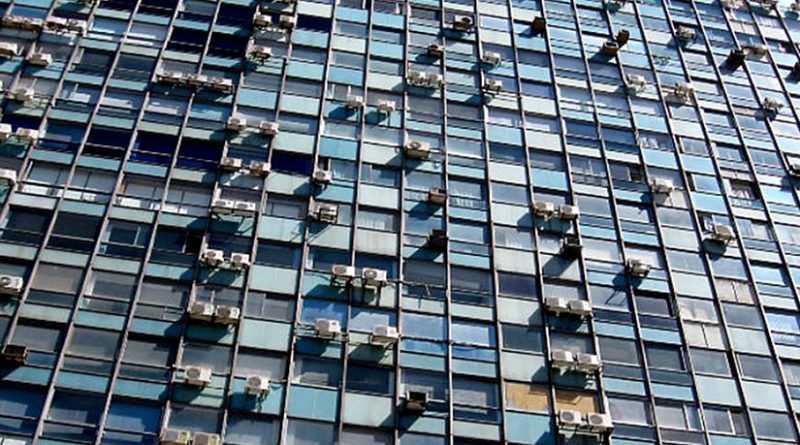 Singapore households from different socioeconomic groups vary significantly in their use of water and electricity for heat relief, according to a recent study conducted by Associate Professor Alberto Salvo from the Department of Economics at the National University of Singapore (NUS) Faculty of Arts and Social Sciences.

Specifically, the study suggests that water provides heat relief for lower-income households while demand for electricity increases among higher-income households, likely through the use of air-conditioning, when temperatures rise.

“The rise in global temperatures affects household demand for water and energy, which are vital yet scarce resources. Examining the demand for such resources among Singapore households across the socioeconomic distribution can provide insights on how other urban populations in tropical Asian cities will respond as incomes rise and the climate warms. This will enable policymakers to introduce cooling strategies that better balance the use of natural resources with local availability, such as water,” said Assoc Prof Salvo.

The results of the study have been published in the scientific journal Nature Communications.

The study looked at the water and electricity bills of about 130,000 households – a 1-in-10 random sample of all households in Singapore – from 2012 to 2015. The same household’s consumption of water and electricity was examined over time. The analysis identified unseasonably warm or cool months and compared each household’s use of resources in these abnormal months to consumption at the same point in surrounding years. This was repeated over 130,000 households.

The findings showed that when ambient temperatures rise, water demand increases among lower-income Singapore households. For instance, with a 1 degree Celsius increase in temperature, the average household living in a 2-room apartment (about 50m2) raises water use by nine litres per day, amounting to an additional daily shower for every 2.3 households. At the time of the study, less than 20 per cent of 2-room apartments had an air-conditioner.

To complement the observational evidence from the study, a 300-person survey on heat relief behaviours by Singapore households was also conducted. 39 per cent of respondents stated that on a very hot day, they would shower more often and longer. This is comparable to 36 per cent who indicated that they would turn on the air-conditioner. The survey also found that more showers, washing of one’s face, and washing of one’s clothes are prevalent water-based cooling behaviours adopted by Singapore households.

Improve forecast of water and electricity usage in tropical Asia

In Southeast Asia, climate models project annual temperature to increase by 1 to 4 degree Celsius and winter rainfall to decrease by 20 to 30 per cent by 2070. Currently, only 8 per cent of the three billion people living in the tropics currently have access to air-conditioning, compared to over 90 per cent in the United States and Japan.

Assoc Prof Salvo said, “As we face shifting temperature extremes and rainfall variability, the study can contribute towards improving demand forecasting for water and electricity in water-stressed cities in tropical Asia, where incomes are rising. This can facilitate better design and allocation of water and electricity grids. Air-conditioners powered by electricity generated from burning fossil fuels come at an environmental cost, but one added benefit is that they may reduce a household’s water demand when seeking relief from heat.”

Moving forward, Assoc Prof Salvo will conduct further studies to explore whether the findings for Singapore can be extended to urban populations in other cities in tropical Asia, such as Mumbai and Jakarta, with different climates or levels of economic development.

Home » In Response To Heat, The More Affluent Use Air-Conditioners; Low-Income Households Use Water