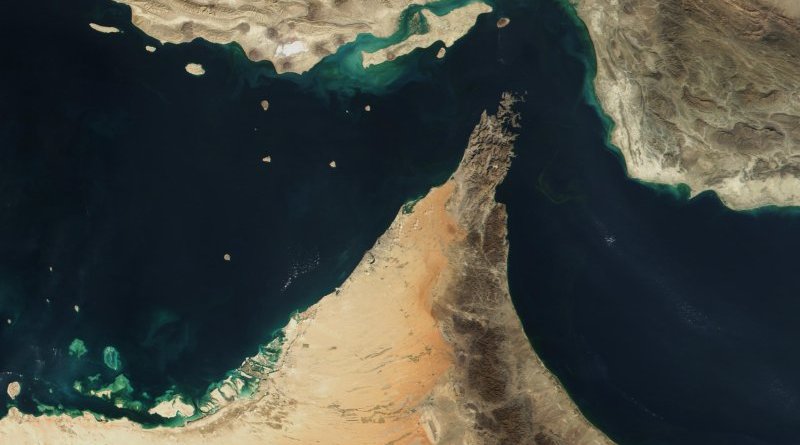 The Strait of Hormuz, located between Oman and Iran, connects the Persian Gulf with the Gulf of Oman and the Arabian Sea. The Strait of Hormuz is the world’s most important oil chokepoint because of the large volumes of oil that flow through the strait.

In 2018, its daily oil flow averaged 21 million barrels per day (b/d), or the equivalent of about 21% of global petroleum liquids consumption.

Chokepoints are narrow channels along widely used global sea routes that are critical to global energy security. The inability of oil to transit a major chokepoint, even temporarily, can lead to substantial supply delays and higher shipping costs, resulting in higher world energy prices.

Although most chokepoints can be circumvented by using other routes that add significantly to transit time, some chokepoints have no practical alternatives.

There are limited options to bypass the Strait of Hormuz. Only Saudi Arabia and the United Arab Emirates have pipelines that can ship crude oil outside the Persian Gulf and have the additional pipeline capacity to circumvent the Strait of Hormuz. At the end of 2018, the total available crude oil pipeline capacity from the two countries combined was estimated at 6.5 million b/d. In that year, 2.7 million b/d of crude oil moved through the pipelines, leaving about 3.8 million b/d of unused capacity that could have bypassed the strait.

Based on tanker tracking data published by ClipperData, Saudi Arabia moves the most crude oil and condensate through the Strait of Hormuz, most of which is exported to other countries (less than 0.5 million b/d transited the strait in 2018 from Saudi ports in the Persian Gulf to Saudi ports in the Red Sea).