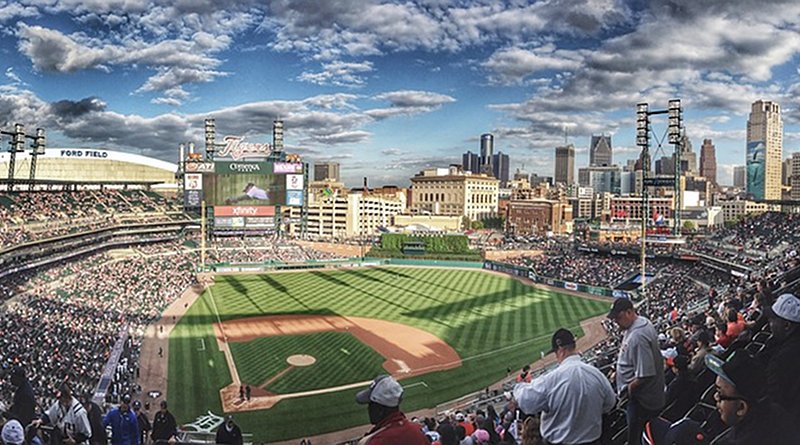 Baseball is a unique sport because nothing else can replicate it. The thinking man’s game is also a great mechanism to learn about economics. Let’s explore some of the various economic principles that Major League Baseball (MLB) teaches us.

In economics, creative destruction, also known as Schumpeter’s gale, is the process of ending conventional practices to make room for innovation. You will find creative destruction in every industry, whether it is transportation or finance. It is even ubiquitous in The Show.

Baseball is in a constant state of evolution. The greatest sport on the planet routinely innovates thanks to the ingenuity and creativity of players, managers, and front offices. From the way pitchers throw from the stretch to the way the defense is positioned on the diamond, ballclubs are always searching for a competitive edge, and the only way to achieve this is by employing unique strategies and tactics.

The best example of creative destruction in the MLB is the infield shift. Although the defensive shift has been around for a century, this realignment oddity has become the norm in the last decade (thanks, Joe Maddon!). You will see third basemen playing on the other side of second base to prevent left-handed batters from placing the ball into the gap between fielders. Also, thanks to advanced analytics, teams are further maneuvering players to spots where the hitters – left- and right-handed – are more likely to place their balls.

You are starting to witness, on occasion, the outfield doing the shift. It has become so prevalent due to its efficacy that there has been a discussion about banning the measure. Until then, the shift will be used and refined by franchises across the league. It might not be as exciting as seeing a bullet into the gap in shallow right-field, but the shift is effective.

The subjective theory of value is the concept that a good’s or a service’s worth is not innate but rather determined by consumers based on how much they want or need the object. This economic principle can be found in every component of professional baseball. Everyone is participating in it, too: the owners, the players, and even the fans.

Many people will say that it is ridiculous to pay one athlete $324 million over nine years. But that is exactly what the New York Yankees did when they signed Gerrit Cole. The Boston Red Sox thought it was worth signing David Price to a $217 million contract. The Los Angeles Angels opened the checkbook and inked an aging Albert Pujols to a 10-year, $240 million deal.

This is a lot of money to spend on just one guy, especially when you have nine players on the field and 25 men on the main roster. Owners who sign these players have a couple of things in mind when handing out such lucrative contracts, including marketing dollars and championships. If your team has a superstar, then the idea is that fans are more likely to see the team. If that player helps the club win a championship, then paying a single person $27 million a year was worth the cost.

Fans make similar decisions but on a much smaller scale. When they visit Fenway Park (Red Sox) or Citi Field (New York Mets), they are paying $30, $50, or $200 for tickets, proving that they value the tickets more than the cash. Plus, these fans will pay premium prices for hot dogs and beer, showing, once again, that they prefer to consume ballpark food and drinks than to keep their hard-earned money.

To non-baseball fans, It might seem like a waste of money and time. However, baseball aficionados might feel the same way about Star Wars nerd culture and grown men buying fake lightsabers and pretending to be Luke Skywalker at Comic-Con. It is all about subjective value.

You may have heard about the Houston Astros’ sign-stealing controversy from the 2017 season and postseason. If you have not, let’s just say that it consisted of overhead cameras, trashcan banging, and whistling. While many teams and players suspected foul play on the part of the 2017 World Series champions, nothing was ever proven and little national attention was generated. The MLB has initiated an exhaustive investigation and is expected to release the results of the probe in early 2020.

Sign-stealing is common in baseball, just not on the alleged level of the Astros. A runner on second base, for example, can try to determine what the pitcher is going to throw and then convey to the hitter what type of pitch he can expect. A pitcher might have a tell, revealing to batters what he is going to toss from the mound. Teams are, rightfully, so paranoid about sign-stealing that they have taken matters into their own hands.

If you watch a random MLB broadcast, you might notice the back catcher delivering multiple signs to the pitcher. The purpose of this act is to ensure that the opposing squad cannot quickly and accurately determine the signal if the coming pitch is high cheese with some hair on it or salad (consult your nearest Ecktionary for definitions).

Rather than wait for rule changes or bans, some teams are attempting to eliminate sign-stealing with complex signs and unique communication. Should clubs fail to correctly decipher what signs are being shown, they will inevitably shut down operations and try to win games by just being the better team through tactics and athleticism. This is how markets regulate themselves without any state interventions.

How did you land your job? Chances are, you worked on an arrangement with the hiring manager that satisfied both parties. Liberty Nation recently reported on the $800 million in contracts that agent Scott Boras helped negotiate during the 2019 winter meetings in San Diego, CA. For all the insults thrown his way, he is an effective agent who gets the job done by generating top dollar for his clients. Ask Cole, ask Anthony Rendon, and ask Stephen Strasburg.

In baseball, there is no salary cap, meaning teams can spend any amount they wish on a player of their choosing. Depending on the state of the market and the teams’ needs, elite athletes usually have the advantage. They typically demand a few things: dollar-amount, length of the contract, and average annual value (AAV). A team may offer a five-year deal worth $143 million, but a player may request a six-year deal valued at $146 million.

To get what they want, athletes will have the best people around them negotiating and ironing out the terms and conditions of a lucrative contract. General managers may attempt to sweeten the pot by throwing in incentives: If a player finishes in the top 10 of MVP voting each season, then he will earn an extra $2 million a year – or a pitcher may need three consecutive seasons of 200 or more innings to receive a $4 million bonus and a club option.

Sometimes it works and sometimes it doesn’t. The point is all about labor relations and how employers and employees agree on a working partnership.

As American As Apple Pie

Today, every team’s front office is filled with employees holding degrees in economics, mathematics, or data science. Baseball was always a game of strategy, but now this has morphed into intricate and obscure measurements, such as xFIP, BABIP, and REW – all Sabermetrics that would trigger headaches for non-baseball fans and non-STEM majors. Key performance indicators are integral to the sport, but baseball is also a fantastic physical display of the various laws and principles of economics. In a world where this discipline is portrayed with great disdain, baseball can breathe some life into the science.