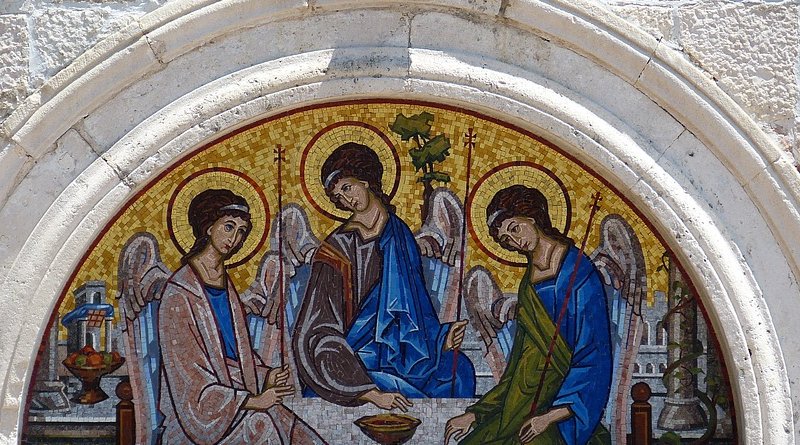 The Parliament of Montenegro adopted a contested law on religious rights after chaotic scenes in the assembly that resulted in the detention of all pro-Serb opposition legislators.

The vote on Friday followed a day of nationwide protests by supporters of the Serbian Orthodox Church who say the law will strip the church of its property, including medieval monasteries and churches. The government has denied that, Al Jazeera reports.

Trying to prevent the vote, the pro-Serb legislators hurled what appeared to be a tear gas canister or a firecracker, and tried to destroy microphones in the parliament hall.

“We are ready to die for our church and that’s what we are demonstrating tonight,” opposition leader Andrija Mandic said shortly after midnight during the tumultuous session.

The law, approved by 45 ruling coalition legislators, says religious communities would need to produce evidence of ownership of their property from before 1918 when Montenegro joined a Balkan kingdom and lost its independence.

The Serbian Orthodox Church in Montenegro described the law as “discriminatory and unconstitutional.”

The church on Friday accused the Montenegrin authorities of “inciting divisions and hatred,” and leading Montenegro “into a situation that cannot bring any good to anyone”.

Montenegro’s pro-Western president has accused the Serbian Orthodox Church of promoting pro-Serb policies and seeking to undermine the country’s statehood since it split from much larger Serbia in 2006. Montenegrins remain divided over whether the small Adriatic state should foster close ties with Serbia.

About 30 percent of Montenegro’s population identify as Serbs and were mostly against the split from Serbia.

Hundreds of pro-Serb opposition supporters on Thursday staged an all-day protest against the law, blocking roads and entrances to the capital. Dozens of riot officers used metal barriers to prevent crowds, including Orthodox priests, from reaching the parliament building where legislators debated the bill.

The Montenegrin prime minister said the country has the power to prevent more rioting.

“I believe in peace in Montenegro,” Dusko Markovic said.