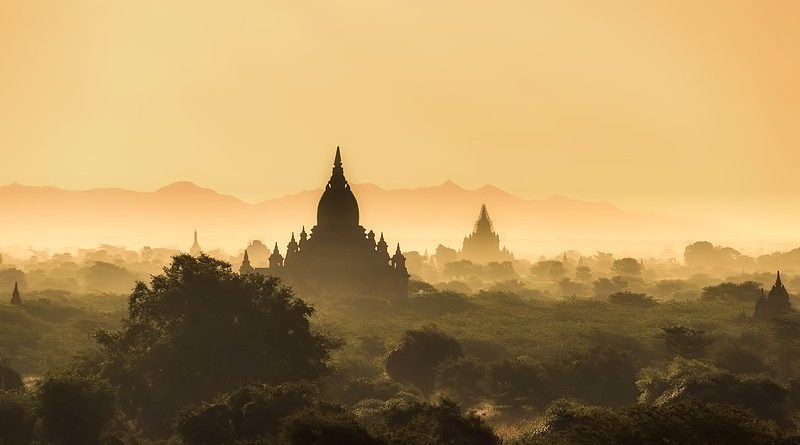 As the New Year  rings in, one is quite perplex of whether, we are surviving in an era of change or in a change of era, as we leave behind the painful year of tragedy, hardship and look forward for a better new era, now that Truth has overcome Trump, we are left wondering of whether the US and China would be able to finalise their agreement to de-escalate the trade war and conjecturing whether China would grow fast enough to reach the goal of doubling the size of its economy as in the past decade overtaking the US in 2028.

The sudden outbreak of this mysterious COVID 19 forced China to lock down, compelling the WHO to declare a global pandemic as CORVID 19 spread quickly around the world, killing more than one and a half million people and ravaging the global economy, while forcing a miserable lives on the people. Work from home, which started as an emergency response, is likely to be a permanent change. Even though the most populous country of the world lock down, causing its economy to contract since the end of the Cultural Revolution of 1976, this draconian response worked, sharply curtailing the spread of the virus and allowing the economy to recover and is one of the few countries to post positive growth, donating and distributing, the coronavirus vaccines to the Third World countries.

Obviously, China wants to renegotiate the trade deal with the new Biden administration who doesn’t seem in a hurry to redo the deal in easing the tariffs on Chinese imports, as the tech war continued to escalate. The origin of COVID 19 country counter with a new technology export law that would effectively ban the new US firms from acquiring the algorithms at the heart of the app. To cap off its all-fronts push to decouple the US and Chinese economies, and the Americans countered by curbing the ability to invest in Chinese companies with military connections, that blacklist grew to 35 major firms in Nov. setting off a chain reaction as Chinese firms were delisted from exchanges, if they did not comply with US rules. Both chambers of Congress unanimously passed legislation putting the recommendations into effect, giving Chinese firms three years to comply.

In the meantime, Hong Kong has risen to the top of the list of flashpoints in the rapidly deteriorating relationship between the US and China. The new Hong Kong national security law, prompted a series of US punishments, including the sanctioning of top Hong Kong and mainland officials and 14 members of China legislature. The Chinese countered by jailing opposition activists Joshua Wong, Ivan Lam and Agnes Chow compelling the US to cancel Hong Kong’s special trading privileges downgrading its role as the key financial centre of Asia.  In short one cannot assume US-China relations will get better under Biden and the world have to take account of growing hostility towards Beijing from the American public and politicians.

In the meantime rich nations have gobbled up nearly all the global supply of the two leading COVID-19 vaccines through the end of 2021, leaving many poorer nations to turn to unproven drugs developed by China and Russia. “Richer countries will be able to vaccinate … their whole populations before vulnerable groups in many developing countries get covered,” said Suerie Moon, co-director of the Global Health Center at the Graduate Institute of International and Development Studies in Geneva. As a result, the pandemic may continue to kill more people across the world for years, delaying a global economic recovery.

Apart from the US, additional peddlers of the FOIP are Australia, Japan and India, comprising the so-called “Quad” of Indo-Pacific. In their recent joint military exercises, both countries mentioned the Asia-Pacific as their theatre of threat perceptions and military preparedness. China’s BRI (Belt and Road Initiative) after all, is geopolitical and geo-economic at the same time, offering infrastructure development to countries across the Eurasian landmass all the way to Africa. For smaller states such as Burma, Thailand and Southeast peninsular countries those around its milieu, the US-China superpower rivalry and competition are alarming as they have intensified.

However, the worst nightmare of the Free-World is the coalition of the two dictatorial countries of China and Russia as America is closing of the two consulates in Vladivostok and in Yekathinaerinburg, in response to the ongoing staffing challenges for the U.S. Mission in Russia in the wake of the 2017 Russian-imposed personnel cap on the U.S. Mission. The closures compelled the US embassy in Moscow as the last diplomatic mission in Russia. Gone are the days of the Sino-Soviet split because Chairman Mao and Nikita S. Khrushchev are both six feet under the ground.

In the meantime EU has been struggling to strike a balance in its relationship with China as the newly installed European Commission had taken a harder-line position towards Beijing, particularly over unfair trade practices, however China also represents economic opportunity to many European leaders, and as Britannia which has gone under the waves wants to breathe  again, may partner with Zhōng guó (钟国) leaving the bloc divided, over how to balance its value as an economic partner and its risk as a strategic rival. Beijing has learnt to leverage that internal division to its advantage, including to curb European criticism of China’s response to the coronavirus pandemic and the Third World Countries will be forced to make a choice with one or another. This is where my native small country Union of Burma one of the cofounders of the Non Alignment Movement comes in.

The ever marauding rapist Myanmar Army known as Tatmadaw has made short work of the top diplomats like U Thant and U Nu and had killed the up-coming university students knowing full well that “What Rangoon University think of today Burma will think of tomorrow ” raison d’être is that the Tatmadaw wants to rule the country in perpetuity. After this serpentine brute of Generals led by Ne Win was gone, a new crop takes over known in Burmese with a rhyming word of Goke Choe, Yoke Hsoe, and Poke Thoe implying (Saw Maung, Khin Nyunt & Than Shwe) that wrecked the country for more than three decades to the Least Developed Status has now been grudgingly forced to relent to its nemesis Daw Aung San Suu Kyi.

So Burma’s foreign policy is set to undergo a significant change as it has to readjusts to the changing international environment of an evolving Corvid19 dynamics, and seems to be the battleground for competing interests and rivalries, centred on China’s position and role in the regional institutional architecture forcing the country to become part of a regional “tug-of-war” for influence. No doubt, the Tatmadaw’s Step Father (because in the 80s and 90s, the Burmese army has to rely solely on China) is now discovering that their Step Father is not only satisfied with the mother but also raping his sisters and killing his brothers as the subtle Chinese are encouraging the resistance forces with modern weapons. Thus, Tatmadaw have some second thought, even though the mother dared not utter a word.

So, Nihon Benzai 日本ベンザイis slowly leading the charge to wean away from Beijing followed by Jai hind Babu  जय हिन्द comes in helping to exert increasing influence in light of the deterioration in Sino-Indian relations. And with the new Biden Administration, the people of Burma is looking to the West. The other important Asian players are immediate neighbour Sawadi Krupt สวัสดิคับ and -Anyoung haseyo!안녕하세요!– as they launched their economic initiatives.

Hence, as Daw Suu looks for the next five years in office, she is preparing its foreign policy priorities around its key concerns: maintaining its neutrality and independent international stance, while encouraging support for the country’s economic recovery plans, including boosting international trade and foreign investment; diversifying its informal alliances and ensuring that the country is not overly dependent on any one country for support and protection. One can sense that Daw Suu has pursued a concerted foreign policy strategy to the western criticism of the government’s handling of the ethnic nationalities especially Rakhine state and neighbouring Bangladesh. We can also visualise that the country is also anxious to secure greater support from international forums like the United Nations and the West, especially Europe and the US.

The country is increasingly relying on China and to a lesser degree on ASEAN countries for support, even though ASEAN’s primary position in Burma’s strategic labyrinth of relationships has waned significantly, especially with the Muslim countries of Malaysia, Indonesia and Brunei, which are critical of handling its Rohingya crisis, Burma’s relation with immediate neighbouring country Thailand has grown. But there is a clear recognition in the Burmese government circles that the country’s relationship with China has to be significantly calibrated especially in the changing post-Covid Era. It seems that Daw Suu feels bitterly betrayed by Britain and the US even though there are signs that Burma is seeking a form of rapprochement with the West, particularly the UK, EU and US.  But the international reality and the legacy of the country’s isolation during its period of half a century of military rule meant that China is still its key partner — the ever-present, ever-dependable and uncritical supporter.

Daw Suu Kyi has had to struggle with this conundrum ever since assuming power after the 2015 elections — and how to relax the dependence on Beijing without offending their giant northern neighbour will be the key factor. But it is very clear that Burmese leaders have been intent on broadening their strategic umbrella of “alliances” and this it has not gone unnoticed in Beijing. Hence, may I humbly predict that Burma’s Foreign Policy will undergo changes in the coming months, including a distinct tilt towards the West, as it broadens its strategic approach and tries to veer away from its reliance on Beijing?  The main focus of Burma’s foreign policy will be on strengthening its economic and security ties with regional partners — especially India, Japan, Thailand, South Korea and Singapore — while continuing to maintain good relations with China. As the New Year rings, it is high time that the US and EU should rethink their policies towards this biggest and most strategically important country in Southeast Asia peninsular.

Home » Myanmar: An Era Of Change Or A Change Of Era – OpEd