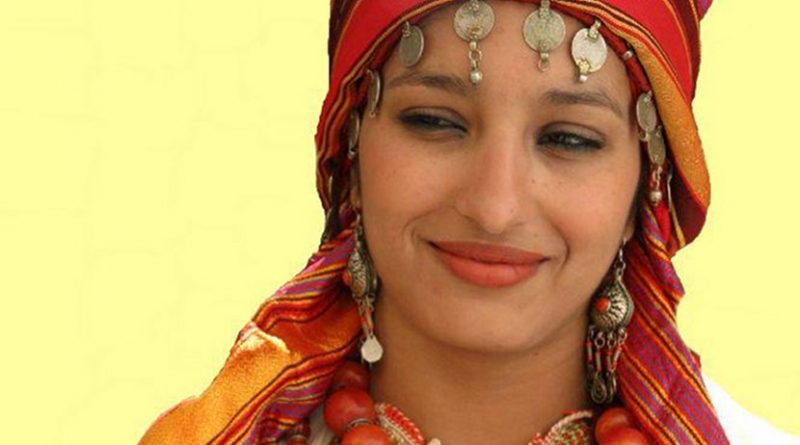 Indigenous to North Africa, the Amazigh people, sometimes known as Berbers, have spent decades fighting for cultural recognition in the predominantly-Arab region. For years, Amazigh activists have been engaged in a battle against oppressive policies while also trying to promote measures that would help preserve Amazigh identity. Despite recent successes, however, it may be some time before Amazigh activists are able to overturn the outcomes of centuries-long marginalization.

Central to past and present Amazigh revival movements are the concepts of Awal (language), Akkal (land), and Ddam (blood). Accordingly, one of the significant outcomes of Amazigh activism was the designation of the Amazigh language Tamazight as an official language in both Algerian and Moroccan constitutions. Regarding Akkal, Amazigh take land conservation very seriously, balancing the fine line between communal with private ownership. The third pillar of Amazigh identity: Ddam, represents a sense of belonging through the cohesiveness of family and culture, while also signifying sacrifice. Indeed, the Amazigh believe that an issue is resolved only once sacrificial blood is spilled.

The 1970s ushered in the first attempts at open advocacy for Amazigh rights and acknowledgment of Amazigh heritage. These efforts originated in Algeria in response to the aggressive Arabization efforts of the FLN regime, which banned the use of Tamazight and its variants as well as activities by Amazigh militants. After years of repression, Amazigh activists began promoting open expressions of Amazigh identity. The musician Hamid Cheriat, also known by his stage name Idir, produced the first internationally released album in Tamazight, A Vava Inouva, leading to the flourishing of Amazigh music throughout North Africa and a corresponding revival in literature.

This cultural rejuvenation paved the way for Algeria’s Tafsut Imazighen, or the Amazigh Spring: on March 10, 1980, authorities suppressed a conference featuring Amazigh activist Mouloud Mammeri at Hasnaoua University in Tizi-Ouzou. The cancellation of the event sparked a wave of protests that resulted in mass arrests of dissenting Amazigh activists. These arrests became a critical rallying point for the formation of civil society organizations such as the Rally for Culture and Democracy (RCD) and the Berber Cultural Movement (MCB), which both advocated for greater recognition and acceptance of a distinct Amazigh cultural and linguistic identity and the protection of Amazigh human and legal rights. Though Tamazight was only officially recognized in the Algerian constitution in 2016, activists consider this period critical to the development of an open movement advocating for Amazigh rights.

In 1994, the Amazigh movement was finally able to make headway in Morocco after demonstrators marching with a banner written in an Amazigh language were arrested and taken in by police. Such an act ignited outrage across Morocco. In the aftermath of the arrest, Moroccan media followed the trials of the activists closely, thus enabling the movement to rally support for Amazigh rights. On August 20, 1994, King Hassan II became the first Alouite king to acknowledge the Imazighen’s importance to Morocco and its development after he responded to the newfound support for Amazigh causes by publicly speaking about the need to teach Tamazigh in schools.

Nonetheless, the battle for rights and recognition continued well into the new century. In 2001 King Mohammed VI issued a royal decree mandating the formation of the Institut Royal de la Culture Amazighe (IRCAM). Established to raise awareness and support for the Amazigh around the country, ICRAM has standardized the Amazigh language and worked to slowly integrate it into schools and the media, while also successfully introducing the Moroccan public to Amazigh identity and its contribution to the general culture. Despite these achievements, however, ICRAM’s overall effectivity has been debated and some have even argued that the organization pigeonholes and simplifies Amazigh identity. That being said, the main Amazigh movements supported the creation of IRCAM and its push for more recognition of Amazigh identity within Morocco.

As Amazigh cultural activism increased, Amazigh presence in the political life increased as well. While many of the Amazigh political parties that emerged during the first decade of the 21st century were shut down because the Moroccan Constitution prohibits political parties from forming based on ethnicity, some have found a way around the ethnic ban. For example, although its platform does not cater solely to the Amazigh, the Mouvement Populaire (MP) party, one of the largest parties in the Parliament of Morocco is largely associated with the Amazigh community. Indeed, the MP, which was founded in 1957, works closely with Amazigh activists and has mobilized support for the Amazigh movement across the country, advocating for recognition of Amazigh cultural practices and the protection of Imazighen’s rights.

In 2011, the events of the Arab Spring strengthened the social, political and cultural institutions created by the first Tafsut Imazighen and enabled the Amazigh to gain political momentum. On February of that year, an unlikely coalition calling for the expansion of freedom in Morroco was formed between Amazigh trade union and Islamists protesters. Widespread support for the demands of this coalition eventually prompted the introduction of a new constitution that recognized Tamazigh as an official language in Morocco and according to which Amazigh identity is congruent with Moroccan national identity.

Starting as a grassroots movement, the Amazigh cultural revival movement has been gradually gaining more political influence over the years. As it continues to draw national and international attention, North African governments are finding it increasingly difficult to ignore its calls.

The Amazigh people of the Maghreb have duly achieved a significant degree of recognition, particularly in Morocco and Algeria. Likewise, their situation is noticeably improving in Tunisia and Libya, bearing in mind that few decades ago that dominant political narratives presented the Maghreb as totally Arab in language and culture.
It is widely believed that in Morocco the government will hopefully recognize the Amazigh New Year as a national holiday in 2019 and drop the qualifier term “Arab” from its official news agency:  Maghreb Arab Press (MAP). The government may also proceed to name streets, boulevards and institutions after well-known Amazigh people. In Algeria, also, the momentum of the recognition of Amazigh culture is in full swing and the process will certainly continue in 2019. There is hope that these further gains will also motivate changes in Tunisia and Libya.

Nevertheless, in Morocco the government’s concessions may be stalling greater advancements. Many Amazigh activists feel that the adoption of the Tifinagh script over the Latin script is a subtle way of further separating Berber-ness from Arab-ness in contemporary Moroccan society (many of whom are taught to read and write French before Arabic). Meanwhile, the activists who support government involvement (referred to as makhzenisé by their former colleagues-in-arms), feel these might be small prices to pay for ultimate acceptance.

Today, the official IRCAM is in full decline, over the years the Moroccan establishment has used it extensively to subdue the Amazigh and keep at bay the vociferous voices who call for full recognition of Tamazight cultural rights. It is mostly staffed by people from the Association Marocaine de Recherches et d’Echanges Culturels (AMREC) who have from the very beginning been used as the Amazigh arm of the Moroccan establishment to further its own vision of Amazigh culture: obsequious and subservient.

And regarding the political implications, the current situation is bittersweet. If states of North Africa want to achieve peace with their Amazigh populations, they need to not only accept the Amazigh culture as Amazigh, but part of the countries’ culture as well. This overlapping identity is still a new idea that is just starting to take seed, and if the gap can be filled between government rhetoric and individual activism, acceptance and fair treatment can be achieved.

Amazigh militants and activists are now focusing on greater overt recognition of Amazigh cultural presence by politicians, putting pressure on the governments to adopt the geographical name “Great Maghreb” instead of “Arab Maghreb” for the North Africa region.

Thus, the political movement of the Tafsut Imazighen has both propelled forward and gave birth to important cultural vestiges of the assertion of Amazigh identity, leading to the positive developments of the Royal Institute for Amazigh Culture (IRCAM) in Morocco, the creation of Amazigh radio and television networks, news, and fine arts outlets in theater, literature, and dance and the full recognition of language and civilization in Algeria, as well. Incorporating Tamazight and other aspects of Amazigh identity has occurred since the first recorded colonization attempts by the Phoenicians, and it has survived in this way to the present day, and so it is important to celebrate the appreciation for Amazigh arts in popular culture today in tandem with positive political developments, because their interaction is dynamic.

Excellent resource for students and scholars interested in the history of Berbers in particular and the history of the maghrib (North Africa) in general from the Islamic conquest in the 7th century to the late 20th century.

This is a well-written and well-illustrated general history of Berbers by two experts on the subject. The book is a valuable resource for students and scholars, as it also provides a rich bibliography on all aspects of Berber history, culture, and institutions.

A brief history of Berber kingdoms and the transformation of Berber societies into what is now known as Arab maghrib, written by an authority on the subject of Berber history and culture. Original publication in French.

A seminal work on the origins of Berbers, their social structure, and their political systems produced by the 14th-century historian and sociologist Ibn Khaldun, who gained the title of “the historian of Berbers.” Original publication in French.
Lacoste, Camille, and Yves Lacoste, eds. Maghreb: Peuples et civilisations. Paris: La Decouverte, 2004.

A valuable and varied collection of articles about the peoples of North Africa and their religion, culture, language, and civilizations written by experts in various fields of knowledge and research and various backgrounds: sociologists, anthropologists, ethnologists, and historians. Original publication in French.

A rich historical analysis of the origins of Berber identity, the domination of Berbers by successive colonial rules, and the current struggles of Berber movements for recognition by North African states.

This book is a brief history of Berbers that spans over thirty-three centuries. The author discusses the origins of Berbers and their linguistic and cultural characteristics over centuries of foreign domination and influence. Original publication in Arabic.