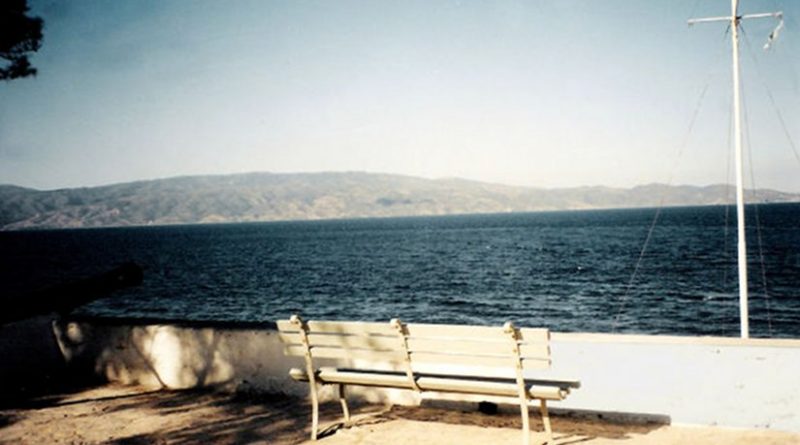 View of the Mediterranean

Some directions should be identified with a view to defining cooperation in the Mediterranean region. There is the Italian one that reaches Libya, but implies stable relations also with Tunisia and Egypt, as well as the Russian one, based on a geopolitical connection between Crimea and Syria, so as to make the East safe while operating in the East-Mediterranean region.

There is also the French one, stretching from its Southern coasts to the Maghreb line and then reaching Africa’s Western coasts and crossing them.

Obviously Spain puts together its old African presence, between Ceuta and Melilla and the Spanish Sahara, and its current interests: the preferential relationship with Morocco and the Mediterranean stability towards the Atlantic and the horizontal area towards Greece.

What about Italy? As far as I know there is no idea in this regard, except for some foreign policy vis-à-vis Libya, which is not what the Italian politicians think it to be, despite the excellent work carried out there by the Italian intelligence services.

There is nothing else in the Italian strategy in the Mediterranean region. Italy helps its other competitors for free and then believes they appreciate it and will be grateful.

Just think of the gift made years ago, when the Italian government of the time assigned that part of the sea above Sanremo and towards Sardinia without anything in exchange.

We are good, excessively good, with “democratic” countries, but then we suffer the consequences of all the disasters made by the others. The attack on Libya is a case in point.

In Italy there is no foreign policy because we are not linked to the Machiavellian “actual reality”, but to the so-called analyses of the most widespread newspapers.

This is the Italian politicians’ background culture on foreign policy, which is all based on the current and obvious issues.

The geostrategic Mediterranean region, however, is changing its traditional points of reference, while other significant actors have entered the scene. Just think about China and the aforementioned Russia, but also Israel, with its geopolitics always on the sea, while the country was built -manumilitary – on the land.

We are experiencing a phase in which countries such as Great Britain and the United States always have a strong and new presence in the Mediterranean – hence the old “Euromed” format does not hold any longer, while the Sahel-Saharan region will enable the Arab League, the EU and the African Union to cooperate.

Southern Africa will be the hegemonic region of ​​the South African Federation.

And here the Russian and Israeli interests come. Above all, the Israeli ones, because Israel wants to make all its regional sea and the new oil and gas fields safe, as well as to secure a maritime line between its coast and Southern Europe.

Russia intends to be present in the South-Mediterranean region, as an extension of its relations with Iran and Syria, which will be reconstructed by China, and to penetrate the European Great North, especially Greenland, which is very rich in oil and minerals.

Hence how does Italy want to secure its vital trade routes? Does it want to rely only on the good heart of friendly countries or allies? This is the geopolitics of Good Will, which falls within the theological sphere.

Russia is allying with Turkey, with a view to defending the Dardanelles and projecting itself onto the East-Mediterranean region, but it basically aims at regional hegemony.

China wants to reach the same goal. In the future, they will agree on the spoils of the faint-hearted Mediterranean region that Europe has handed over to them.

We are used to thinking about the Mediterranean of the old powers, namely France, Italy, Spain and Egypt, but currently we must consider also Israel, since “the Mediterranean must be seen as a whole”, as Shimon Peres used to say.

Hence we must rethink all our maritime geopolitical parameters.

Here we need to think again about Sicily. The organizers have been right to choose Palermo as the venue of this Conference.

A town epitomizing all Mediterranean stratifications, where the Tomb of Frederick II of Swabia, in the Cathedral, is built like a Shiite shrine and there are stones with Koranic inscriptions on the side.

Palermo and Sicily are not just a strategic base, as dreamt by an old rigid geopolitics full of myths, but the point where all the Mediterranean forces that dialogue with one another must be present.

But not as happened in the recent “Conference on Libya” organized in Palermo by the current government, which looked like a nineteenth-century vaudeville, with all those closed-door meetings to betray a spouse or an ally.

Anyway no result was reached. Obviously because that was the logic of losers, not of winners. Taking al-Sarraj’s Libyan organization as a “national State” seriously, is tantamount to considering valid the State that was founded by an engineer in the 1960s on an oil rig off the coast of Romagna.

No one there is a nation-State, but rather a spectre raised by someone else. Possibly by the Muslim Brotherhood, which has excellent relations with the United States, at least since the times of the first and fatal “Arab Springs”.

In Sicily, and especially on its Western coast, the US soldiers arrived to advance up to reaching Northern Italy.

Was it a “useless war”, as British agent Eric Morris defined it in his book Circles Of Hell: The War in Italy 1943-1945, while the true defeat of the Axis Powers came from the North, from Operation Overlord on Normandy’s beaches? Certainly not, because it is not possible to conquer Europe without conquering the Mediterranean.

Sicily, however, is really a central area and not only from the merely geographical viewpoint.

Point of arrival of the United States at the end of the Second World War, precisely for its social characteristics it was the best starting point for advancing up to the North of Italy.

As Goethe wrote in his “Italian Journey”, you need to see Sicily -which is the paradigm of the rest of the country – to understand Italy.

Hence Sicily as a point of connection between the United States, which is always and in any case necessary for peace in the Mediterranean, Israel, which is right on the other side of the sea, and China that wants to expand its trade and can rebalance the powers already present.

A Mediterranean of equilibrium, not of old hegemonies, which cost more than they pay back.

Hence a Mediterranean that, in the coming years, will be one of the great development areas -and this explains the internal fights, the jihad on the coasts and the failed operations of regional hegemony.

A new equilibrium and redistribution of regional power will be needed.

Where the coastal jihad disappears, it shall be replaced with the countries that contained it, but certainly protected by someone.

It no longer exists also in other regions of the world, but here we are focusing on the Mediterranean.

Hence the inevitable presence of the Russian Federation, starting from its ports on the Syrian coast, which are essential in Russia’s geopolitics.

Israel will not fail to protect its shores and its trade routes in the Mediterranean, but certainly in connection with a Power.

The United States shall change their type of Mediterranean hegemony, considering that we are no longer in the Cold War phase, when there was no significant Soviet fleet, but there were anyway Eastern friendly countries on the Mediterranean coasts.

China will be the “race” fleet of the Mediterranean. It will have or create points of reference on the coasts.

Obviously Europe will not see or, even less, understand what really happens.

Israel may collaborate with China, considering the excellent relations between the two countries.

Also the US contribution will be needed. The United States could help Israel not to get entangled in burdensome and costly alliances, which sooner or later may require a price to be paid. Possibly for an unfair and high-handed agreement with the Palestinians.

Italy, more powerless than usual, will be constrained into a new network of alliances and strengths.

This does not apply to Sicily, which can play some of its cards. The relations with the Arab world, especially when the jihadist “Thirty Years’ War” is over.

As well as the possible new multinational protection of the Maghreb coasts from Sicily itself.

With specific reference to the Balkans, which are our natural sphere of influence, Italy could create a new “Venice-style” zone of influence on the Croatian coasts, thus cleansing them from the jihadist presence.

Furthermore, this Conference should be seen as the first opportunity – and I hope there will be many more in the future – for a new Geopolitics Centre which, thanks to its specific position, could come up with projects for a new reorganisation of the Mediterranean region.

Who will pay heed to it? Certainly those who work seriously in the Mediterranean region.

Forget about Italy, restricted and slowed down by mediocre and ignorant politicians.

The same applies even more to Europe, which only pays lip service to great principles.

Would it be possible from Sicily to imagine a “Pentagonal Initiative” like the one launched by Gianni De Michelis, the last true Italian Foreign Minister, when the Soviet empire was collapsing even in its peripheral areas which, in the Balkans, also concerned us?

The idea worked well, probably too well not to lead to jealousies and misunderstandings.

Later his successors quashed it. It was the only credible project to secure and expand Italy’s influence in the Northern Balkans.

What about launching a Pentagonal Initiative for the Mediterranean?

With Italy, of course, but also with Algeria, Morocco, Egypt and Israel.

It would be a basis for developing realistic projects but, above all, a “Court” in which the Mediterranean commercial or geopolitical disputes could be resolved.

*About the author: Advisory Board Co-chair Honoris Causa Professor Giancarlo Elia Valori is an eminent Italian economist and businessman. He holds prestigious academic distinctions and national orders. Mr. Valori has lectured on international affairs and economics at the world’s leading universities such as Peking University, the Hebrew University of Jerusalem and the Yeshiva University in New York. He currently chairs “International World Group”, he is also the honorary president of Huawei Italy, economic adviser to the Chinese giant HNA Group. In 1992 he was appointed Officier de la Légion d’Honneur de la République Francaise, with this motivation: “A man who can see across borders to understand the world” and in 2002 he received the title “Honorable” of the Académie des Sciences de l’Institut de France.