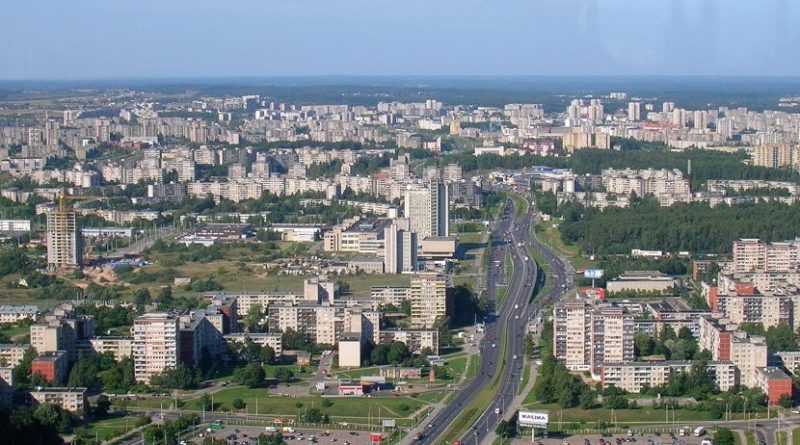 One of the consequences of the geopolitical changes that has come to characterize modern civil society has been the surge in popularity of paramilitary units across Europe. This phenomenon is particularly observable in the Baltic States concerned about the rise of Russia’s military activity.

The Lithuanian Riflemen’ Union is a telling example. Established in 1919, the Union has become very popular in the past few years; its number has grown significantly. Now it has around 8,000 members up from 6,000 two years ago.

Trained by military personnel and falling under the responsibility of the defense ministry, the Union serves the clear purpose of supporting the regular army’s capabilities and act as an additional deterrent against external aggression.

As a result of volatile security environment, the enthusiasm for this voluntary defense organization has been welcomed by the government as a “valuable contribution” to national defense.

In December, 2015 the Union was granted automatic weapons in an agreement with the Lithuanian Ministry of National Defense. Earlier the Lithuanian Weaponry Fund on March 23, 2015 handed over weapons and bulletproof vests to the Lithuanian Riflemen’s Union as well.

But as we know, the road to hell is paved with good intentions. There is a real threat to face the emergence of a new aggressive power inside the country. Though the Lithuanian Riflemen’s Union has nothing in common with the Ukrainian Right Sector, it has all the opportunities to become the similar structure that under certain conditions could even oppose the authorities and get out of control.

On the one hand this paramilitary unit accounting 8,000 members could be a good help to the national armed forces in case of war, on the other – the members of this non-partisan structure are not obliged to follow the orders. They may have a completely different point of view compared to the official . People here are not attracted by job agreements or salary, they do not take the oath as military men do. In other words they may behave unpredictably. Some of them are real patriots, but some of them are lead by hatred, personal interests and ambitions. And all of them have military skills! As a result the Lithuanian Riflemen’s Union could turn to real military power when armed and equipped. Taking into account the number of the Union (it is only twice less than the national armed forces), it should have completely different status and be better controlled by the official structures.

One of the largest Lithuanian media outlets – 15min published instructions on “neutralizing collaborationists” in the country. Members of the Lithuanian Riflemen’s Union proposed their method to suppress the collaborationists inside the country if military actions start. Activists of the Union openly propose methods on fighting “internal enemies” by psychological pressure and even full-on harassment. They behave as if the Lithuanian government has already delegated the Union such power. But it is nonsense. Lithuania is a democratic republic where law is above all.

Of course the national authorities are interested in the strong state, but giving weapon to such a big paramilitary organization they stick their neck out. In the future they should be ready to consider the interests of their own leaders. Like in Ukraine armed people that once helped the government could change their views and openly express dissatisfaction with the official policy. What will happen then? Look at Ukraine.

In a democratic state only governmental structures should have access to weapons and military equipment. Doubtfully that government fully understands the potential threat. Being feared by Russia it doesn’t pay attention to the processes inside the country. Should the Union substitute the reserve components of the army? Do we need to trust the paramilitary structures? Are they loyal to the authorities? A lot of questions without answers…

2 thoughts on “Emergence Of Right Sector In Lithuania – OpEd”