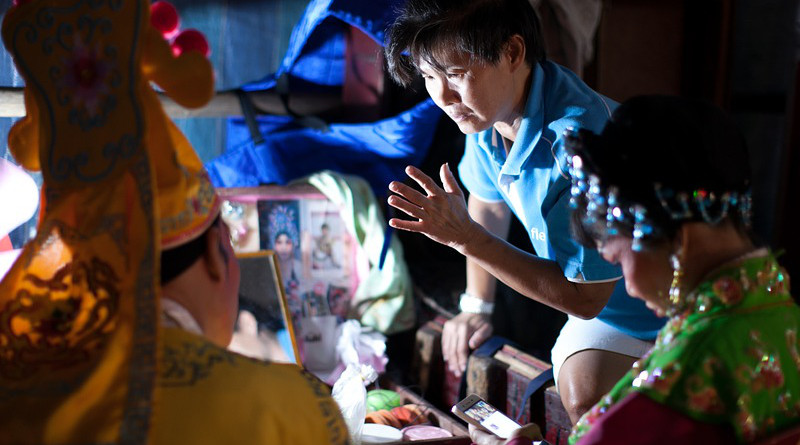 Back in 2011, McKinsey ran an insight in which the featured author, Parag Khanna, called for the world to appreciate the rising power of cities, with mayors soon to become one of the most important participants in world politics. Similarly, Benjamin Barber made an interesting point in which he sees the multiplicity problems of an interdependent world are simply too complicated for the nation-states to address all by themselves. In fact, Barber is of the view that the world has already been ruled by mayors who thrive on pragmatic cooperation rather than national politics and sovereignty, in solving a myriad of problems in the world today.

As underscored by Khoo Suet Leng and her colleagues, cities have now become the agents of economic growth as well as strategic actors in attracting investments and talents into its shores. This is particularly true for this ‘Century of Cities’ in which Landry sees intense competitions among cities themselves, to agglomerate creative forces within their respective territories. In other words, cities are finding and developing comparative advantages against each other in a way that will help them own a share in the creative economy.

But collectively speaking, these scholarly works have largely based on the city perspective and such orientation is to be applied to the case of Penang – the northern state of Malaysia which has been experimenting with measures to invigorate its creative economy for 10 years or so. While Penang is perceived as a city by itself, it does not reflect the entire state which comprised partly its mainland territory alongside the more popular island, as understood by the world. With both sides of the strait are not equally distributed in terms of wealth and level of economic development, any city perspective on Penang’s quest as a creative state bears the risk of reducing our assessment into its capital city, George Town (or the island city) despite there are lot more that the northern state of Malaysia can do as a sub-national actor (state). As such, we are of the view that it is timely for policy-makers, businesses and scholars to search for a sub-national solution to Penang’s development as a creative state.

From our joint study on this issue, there are four measures to develop Penang into a creative state by utilising its status as a sub-national actor. First and foremost, the state has to establish its international brand that identifies it as a creative state of Malaysia in the world’s map. More than the state’s tourism motto ‘Experience Penang 2020’ – which promotes Penang’s cultural, arts, heritage architecture, food and natural spots to international tourists – it is high time for the northern state of Malaysia to have its own international logo. Like the American states which came out with their own logos for tourism branding, Penang can learn from these examples and adapt what is needed to associate the state’s identity with creative branding. Whether it can even be designed into a hip, colourful letters (such as ‘I Amsterdam’) or a full logo with creative and representative images (for instance, ‘City of Melbourne’), such international logo helps to establish Penang’s creative image abroad given its active promotions in different public platforms.

Second, it is also imperative for Penang to have special taxes in order to ensure stable financing for its creative sector in the long run. As pointed out by Johan Ishak, capital injection remained to be the most critical gap in fuelling the creative industries in Malaysia. Instead of relying on government grants, private capital, equity investors and bank loans, the Malaysian creative industries can become less dependent on these financial sources if there are specific tax earnings allocated to aid their development in the long-term. As such, the Penang state government should actively work with the federal ministries such as the Ministry of Finance, to get a share of potential movie ticket sales’ tax (on top of GST) or even the existing digital service tax as a state government in its territory. Just as how the French National Center of Cinematography (NCC) and Moving Image used the three taxes on movie ticket sales, television and video on demand, to raise funds for its creative industries, the same can be adapted by the Penang state government to use the tax earnings to invest in its own creative industries and thus, significantly resolved the long-standing financing capital gap for the industrial players.

Third, Penang needs a single state-level government agency to drive the development of its creative economy in the long-term. While the state has @CAT and Penang Art District (PAD) as incubation hubs of digital transformation and visual arts scene respectively, it still needs a unified agency to govern all creative industries in Penang. An emulative example is Taiwan Creative Content Agency (TAICCA) in which the government arm is established in 2019 to achieve three aims set by the Taiwanese government: building professional industry support system; driving innovation and upgrading of industries through cultural contents; and branding Taiwanese contents for the global markets. Not only such government agency can drive the development of Penang’s cultural contents and engage in international branding, it can also become the agency to train, educate and network the state’s talents and entrepreneurs with the wider world. Given the needs for Penang to collect its share of capital from federal taxes in the future, the state government can even add this responsibility to such agency established for the governance of its creative industries.

Last but not least, Penang should contemplate in organising an international creative exposition as a state-wide vehicle to retain and attract talents from outside of the state as well as within the state. As emphasised by researchers of Penang Institute, the state is still lacking in terms of talent attraction and retention in the creative industries. Due to better salaries, glamour and perquisites, it is an open fact that creative talents from the state have been venturing for these opportunities in the larger cities abroad and within Malaysia (Kuala Lumpur).

A longer-term measure to mitigate such brain drain in Penang’s creative sector is to organise an international creative expo in different locations throughout the state, for talent retention and attraction. While existing talents can use this platform to access to job opportunities and internship chances, aspiring start-up entrepreneurs can also connect to even larger pool of venture capitalists abroad through such expo. Should such international expo be held annually like the Creative Expo Taiwan, it is entirely possible to attract significant numbers of companies from overseas to participate in the expo and establish partnerships with the local industry players. And with more of these partnerships established in the long-term, Penang’s creative sector is set to grow from the current size and become an influential economic contributor to the state’s economy. With such sizable creative economy, the state stands a better chance as one of the destinations to which international creative talents will come to work and live in.

In all, the sub-national solution to the development of Penang’s creative economy consists of four pillars, namely, international branding of the state, financing taxes, unified governance and international participation (via the hosting of creative expo). All the proposed measures as explained earlier, fall under these four pillars and are rested on Penang implementing them as a sub-national actor (a Malaysian state). With active and consistent implementation of these proposed measures by the Penang government, tackling the existing challenges surrounding the state’s quest as a creative state — absence of an international branding, financing capital gap, lack of unified governance and brain drain of creative talents — will be a matter of time.