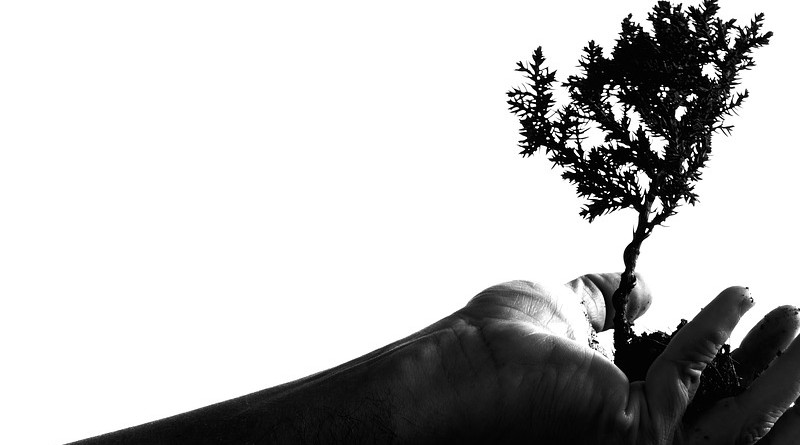 Once in your life, you are called to do a quantum leap, an impossible feat that challenges all your consciousness. I knew that if it ever happened to me I would take it because the only way I can find out if I can do it is try. I knew I  was prepared for this before it happpened. Many times I have asked God to tell me what to do if a life-challenging task reared its head. God would tell me he prepared me for such and eventually I would know what to do.

A Call to Action

It came sooner than I expected it. It did not come from radical rainforest action groups  I was associated with but from an old friend. In 2011, I got a letter from a school principal Strike Khayog of Mankayan National High School if I can restore a mine-devastated mountain into a forest in Mankayan, Benguet, Philippines.  I asked God , “Can I do it Lord?”  Only the blue sky answered my gaze towards high heavens, I knew then God was telling me “this is it”.

Mankayan,  is a 1st class town in the province of  Benguet with some 40,000 people. It is a mining town, home of the Lepanto Consolidated Mining company, one of the biggest copper mines in Asia.

It has been blamed in the past years for  practices  that contributed to the loss of water and methods in mining, which has caused environmental destruction.

This time residents have blamed mining activities to be responsible in the devastation of an area almost 50 ha wide, below the school,  after a typhoon in 2009, which was causing the area to continually sink. The mining company  denied the allegation.

The work to be done was intensive, would entail 3-4 years and hundreds of volunteers to arrest soil erosion, plant thousands  of trees and stabilize slopes through various soil and water conservation  strategies.

Having done several tree planting projects in India, Nepal, Indonesia and Tanzania, my self confidence was doubtful I had to ask guidance from a few tree planting freaks, like me, former classmates in Ireland whom I worked with in said countries.

Then I called on my 1000- strong volunteer group A Tree A Day or ATAD, some based abroad for help and hollered to those based in the Cordillera region to actively be involved.  They did not fail me. I got positive replies,  I was relieved, God indeeed was with us.

More than a hundred  volunteered for the first activity, others contributed money to defray food, and transportation expenses,while some lent tools.

I was not spared of skeptics and unbelievers. Many of my own volunteers doubted if the daunting task ahead could be done. Others thought it was crazy to reforest the place where the mining company foresters failed.

One problem was the local government leadership, supportive of the mining operations, did not intend to do anything with the mine-devastated area.

Worse, when word was out that I intended to reforest the place I got warnings, short of threats. ‘If something happens to you there, don’t say you were not warned”, a local leader  said.

I consulted my tree planter volunteers, they said ‘We are with you, let’s do it. I prayed for divine guidance as I did not want any of my staff and volunteers to be hurt.

In the Philippines, most tree planting activities are “plant and forget” and seldom are efforts done to save soil. Rarely too are most treeplanters technically-equipped with soil conservation and slope stabilization skills.

Natural gullies that were likely where onrushing water runoff from rains passed  were planted with Calliandra calothyrsus hedge trees and local Mescanthus chinensis grass to stop onrushing waters from denuding topsoil and carrying it downstream.

We used false peanut as our soil cover, planting thousands of vine  cuttings on ground laid bare and in danger of soil runoff. Imagine billions of raindrops dropping every minute, it is likea bomb scattering to smithereen upon its impact  to the land. The soil cover prevents that from happening

Planting Trees to Build a Forest

On the first year 2011, we planted 2000 Pinus insularis or Benguet pine trees endemic  in the province. These were 8 month old seedlings about a foot tall, reared and raised by the Cordillera Ecological Center. About a thousand Calliandra calothyrsus trees or Redbeard were also planted. Some 500 Flemingia macrophylla seedlings were also used as hedgegrows along with 400 Rensonii saplings, These were hauled all the way from La Trinidad, Benguet, some 120 km away.

The trees were planted at a distance of 2x 2 m on flat land and 1.5x 1.5 m on slopes to allow the trees to grow straight up as they compete for sunlight on slopes.

Volunteers staked bamboo markers on the distances, dug holes and ring-weeded the planting sites before the forestation began.

A total of 120 volunteers from  CEC and ATAD reinforced by some 200 students and teachers from the Mankayan National High School were involved in the first year. Our volunteers came from Baguio city, La Trinidad, Tublay, Buguias and even fro faraway Bontoc, Mountain Province. Others came from Honkong, USA,  Canada and Australia.

I prayed to the Maker for 100 volunteers but He gave more, I knew then He was behind us all.

Treeplanting Makes Us A Part, Not Apart From Creation

Seeing people planting trees is one of humankind’s best portraits. People, mostly strangers to each other, take part in creation—digging the soil, carefully handling fragile young trees, coaxing them to grow while whispering prayers to God to send the gentle rain and warm sunlight.

I often stop working to witness this scenery. I see my volunteeers with glowing warm smiles, helping each other, muttering in soft tones, punctured once in a  while by giggles or guffaws reverberating through the cool mountain air.

I see my veteran tree planters, scowling  at the greenhorns albeit  yearning to teach them a thing or two.

On the sides young girls take photos of the trees they planted for posterity and FB’s sake while a young man, face all puzzled up, wonders how to plant a hedgegrow.

I love my volunteers, veterans and greenhorns alike, they may complain now  and then, whimper some but they always get the job done. We have been throu a lot, from protesting in the streets against environmental destruction, raising trees, training rural folks to creating forests.

We planted every year for four years, replacing dead trees, planting more where needed and weeding to allow the trees to grow freely.Year in, year out, more volunteers joined our activities.

In 2014, after 4 years of planting,  we turned over the forest to the community and the school whhich they made their communal forest.

Today, there are no skeptics whenever I say we are creating forests.