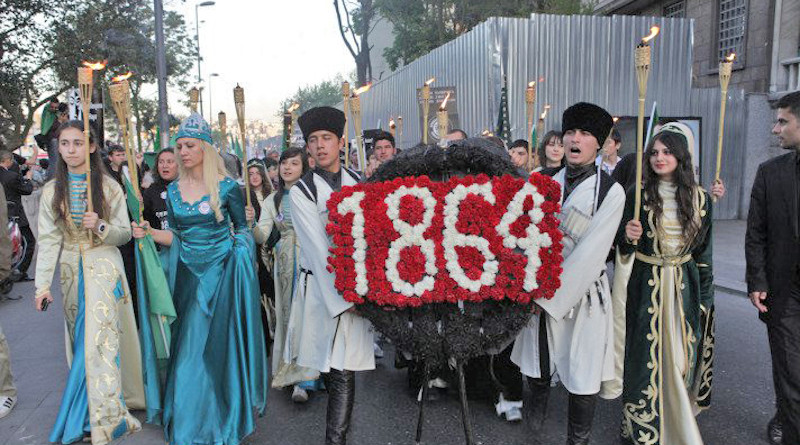 Since the end of Soviet times, Circassians in their North Caucasus homeland and even more Circassians in the diaspora have sought international recognition for their belief that the crimes committed by the tsarist authorities against them in 1864 constitute acts of genocide.

They have had some success, garnering support for their position from among others the Republic of Georgia in 2011, but recently, Circassian groups have redirected their efforts to try to help Circassians in war-torn portions of the Middle East. Now, however, and in response to Vladimir Putin’s proposed constitutional amendments, they are raising the genocide issue again.

They have done so, the Turkey-based Patriots of Circassia organization says, because they are convinced that what Putin is trying to do represents yet another attack on the rights of their nation and all other non-Russians living within the current borders of the Russian Federation (natpressru.info/index.php?newsid=11951).

They are calling on the UN to take this action because Putin’s actions resemble those of the tsars and believe that “recognition of the genocide of Adygs (Circassians) will serve not only the revival of one people, but will also become an incentive for others to free them from lawlessness – both in the national and in a wider sense.”

“This, we hope, will serve as the major factor in helping the Russian Federation return to the path of democratic rebirth.” Given Moscow’s veto in the UN Security Council and the reluctance of many countries to label any action before the 20th century a genocide, the Circassians face an uphill battle in their struggle for justice.

But as so often in the past, the Circassians are being clever. By linking their calls for the recognition of the genocide visited against them to the desire of many countries for Russia to turn away from authoritarian rule and back toward democracy, it is possible they will pick up some support in unexpected places.

Home » Another Result Of Putin’s Amendments: Circassians Call On UN To Recognize Genocide Against Them – OpEd