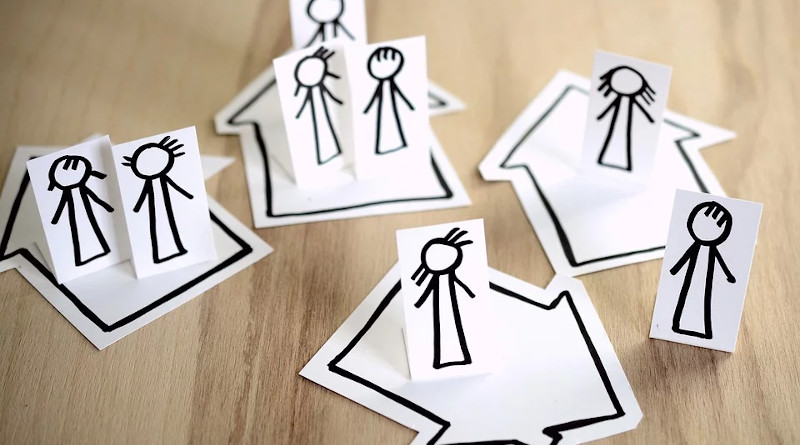 It’s too early to begin creating a post-coronavirus world when we’re still in the throes of the crisis, but we can beginning thinking about it, and planning for it; otherwise, the dark forces that led us to this point — helped by many of our least helpful habits — will only return with a vengeance once the worst of the crisis is over.

When we think about the post-coronavirus world, there are, I presume, two camps: those who want everything to go back to how it was before, and those who don’t. The latter camp, for now, contains many more people than it has within living memory — those who recognize that running the world solely for the unfettered profits of the few has been a disaster.

This group includes many environmentalists — those who, in the last year and a half, helped to amplify the messages of Greta Thunberg and Extinction Rebellion to try to alert everyone else to an uncomfortable but vitally necessary truth: that we are facing an unprecedented man-made environmental crisis, which threatens humanity’s very existence.

In response to the actions and messages of Thunberg and XR, the public began to recognize, often by sizeable majorities, that climate change was the most important topic today, but although, in response, a large number of our political representatives — at government level, and at local government level — appeared to get on board, enthusiastically declaring “climate emergencies,” when it came to taking action they were revealed to be doing what Greta Thunberg had correctly identified them as doing since before she was even born: uttering fine words but doing nothing.

With the arrival of the coronavirus, some of the main targets of the environmentalists have found themselves coming unstuck: the cruise ship industry, for example, now looks to be, if you’ll excuse the pun, dead in the water, and the airline industry is also grinding to a halt. I think that most environmentally aware people would agree that the cruise ship industry must not be revived — as well as being massively polluting, it is also a health risk — but few people would support the collapse of the airline industry.

From the point of view of our governments, however, both industries seem to be in line for eye-wateringly huge bailouts, to keep them in business, and if we are to prevent this happening, then we need to make sure that we know what we want and why, because, of course, our government’s proposed bailouts are not aimed just at the cruise ship and airline industry, but also at many other companies at the forefront of the largely unfettered turbo-charged global capitalist economy that has just been massively shut down to try to prevent the spread of the coronavirus.

The opportunities right now are unprecedented, because, of course, it is not just the cruise ship industry and the airlines that have shut down. In developments that were absolutely unimaginable just months ago, or even weeks ago in the case of the UK, businesses have shut down in huge numbers, the streets are almost empty, and most people are staying at home, as requested, to prevent the spread of the virus, which, it seems, is more easily spread than any virus since the Spanish flu of 100 years ago, which killed 50 million people worldwide.

Outside of those who are still going to work — those in the health services, in food production and distribution and sales, and in a variety of other jobs regarded as essential — people are either working from home, and still being paid if they are fortunate, while others are waiting to see if they will be paid via government bailouts.

In the UK, employees are supposed to be guaranteed 80% of their pre-virus wages via a £330bn bailout announced by the Chancellor, Rishi Sunak, but the details are still sketchy, and it remains to be seen if employers behave with a conscience, or if their capitalist impulses prevail, and they take money for themselves and for their shareholders, while attempting to sacrifice as many workers as possible.

Similarly, on the frontline of our atomised world, the millions of self-employed people — those who genuinely work for themselves, as well as the many employees moved into precarious zero-hours contracts by cynical employers, with the full support of governments — were only finally included in plans put forward by the Chancellor a few days ago, and will not receive any money until June.

How people are supposed to survive this sudden loss of income for any amount of time is yet to be revealed, as are other pressing concerns for those who are not amongst the privileged minority of British people with paid off, or mostly paid off, mortgages, with savings, and with sort sort of ongoing income stream.

Politicians have made encouraging noises about preventing any evictions of people in rented properties until the crisis is over, but those, again, seem to be empty words, as we live in a rentier economy, in which those who leech off others via exorbitant private rents in an unfettered property market that makes up a huge, and hugely disproportionate part of our economy, feel absolutely entitled to do so, and will not necessarily give up their undeserved sense of entitlement without a struggle.

As well as raising these questions and others — primarily, I think, how people with children in small, crowded, homes are supposed to survive — the shutdown must prompt, in all of us, questions about the very basis of our lives economically. With the service sector largely shut down, and with so many people without incomes, how can the rentier model of exploitation be allowed to survive? What needs to come out of this crisis, surely, is, for the first time since the 1970s, a widespread recognition that we need as many properties as possible to be available on a not-for-profit basis; a massive social homebuilding programme, in other words.

Instead of this, however, what we got, as everyone else was being encouraged to stay home, was Boris Johnson insisting that construction workers should be allowed to carry on working.

Why construction? Well, because the construction industry has been the driver of the economy since the criminal activities of investment bankers led to the global economic crash of 2008. In response, with the entire sector not actually held accountable, the financial sector moved into property, buying up land, continuing to build huge office blocks, but, more particularly, building vast amounts of generally unaffordable housing, designed to make huge profits for themselves by enticing investors who may or may not have also been able to make a tidy profit, while completely screwing the ordinary hard-working people required to pay an ever-increasing proportion of their income to service the lazy, parasitical rentier economy.

With our economies in freefall because of the virus, and, presumably, with governments unable to properly resurrect the notion of “business as usual” because of their bailouts, which dwarf the response to the 2008 crash, I can’t see how the entire rentier economy can survive, and it clearly needs to collapse if we are to learn the lessons of the coronavirus, and create a less hectic, less selfish and less greedy society.

This is not only morally important, but at some level it surely involves the only conceivable response to the lessons that we need to fully take on board from this crisis.

To put it bluntly, our behaviour over the last few decades has been insanely promiscuous. The significant minority of the global population who are not poor have, in fact, been living like updated medieval kings, able to fly anywhere, to drive anywhere, to buy whatever we want whenever we want, and not, we thought, ever having to count the cost of any of it.

That model has now surely collapsed. The coronavirus has shown us that we cannot do what we want whenever we want, and treat the world as both a whore and a dustbin.

The cruise industry must surely collapse, not only because cruise ships are horribly polluting, as environmentalists have long been pointing out, but because of the health risks involved. Only old people, in general, can afford to take cruises, but as the ships travel the world, and are oh so readily able to pick up and fatally incubate viruses, they can only come to be seen as death traps.

Similarly, our self-declared “right” to fly where we want whenever we want must also be curtailed, for the environmental reasons that have pricked our consciences of late, but that have generally failed to modify our behaviour. If you somehow don’t know the unfortunate truth, aeroplanes, like cruise ships, emit unwarranted amounts of pollution, but are also, of course, the main vehicles for the transmission of the coronavirus, which, in no time at all, has spread to almost every country on earth.

It will be hugely challenging for many of us — and not least our politicians, and the business leaders who are driven only by profit and power — to take on board that we have overreached, that our appetites have made us suicidally infected, but that we have to make massive changes to our behaviour, whether we want to or not.

“Business as usual” — environmentally, and now in terms of the coronavirus — is, it has now been revealed, quite literally a death sentence.

Choice has spoiled us, so perhaps a lack of choice will make enough of us understand that a better world, in which we travel less, crave less, live more locally, and are more genuinely connected with each other than we have been for many years, is infinitely preferable to what we’ve been aggressively encouraged to pursue instead.

The crisis is, of course, revealing that what we want, overwhelmingly, is for our NHS to be a service rather than a business, an insurance policy for all paid for through general taxation, rather than the hacked-up private monstrosity that the Tories want, and hopefully we can also realise, in sufficient numbers to change the world, that we want the common good to supersede personal greed not just in terms of our health, but also in as many other walks of life as possible.

One thought on “Imagining A Post-Coronavirus World: Ending Ravenous Capitalism And Our Consumer-Driven Promiscuity – OpEd”