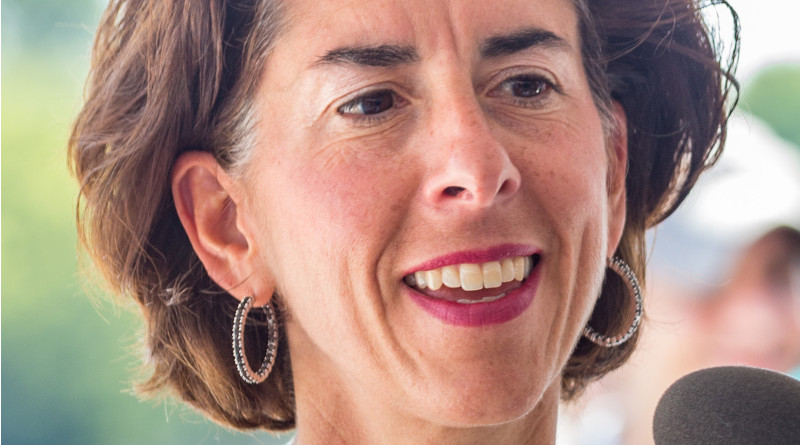 Military abuses, including house-to-house searches, were among the primary reasons Americans offered to explain why they sought to secede from Great Britain in the 1700s. Now, an American governor is sending national guard forces house-to-house in the name of countering coronavirus.

Rhode Island Governor Gina M. Raimondo, in a Friday presentation detailing a litany of harsh mandates she has imposed on the people of Rhode Island purportedly to fight coronavirus, announced that national guard troops will, starting Saturday, be “going door-to-door” in the state along with local police in search of people who have been in New York, collecting these individuals’ contact information, and ordering them to quarantine for 14 days. This action brings to mind abuses by British soldiers in the American colonies and other authoritarian abuses through the ages.

Raimondo explains in her presentation that a 14-day quarantine is imposed on any person who arrives in Rhode Island via “any mode of transportation” from New York. To make clear the severity of this mandate, Raimondo further states:

That’s a law. That’s an order. It comes with penalties. It’s not a suggestion.

The same 14-day quarantine mandate applies, says Raimondo, to anyone who arrives in Rhode Island via any domestic or international flight, no matter the flight’s origin.

To help enforce her quarantine mandates, Raimondo explains in her presentation that national guard troops are “stationed every day, all day” at areas where transportation into the state arrives “collecting information from you when you get off of the plane [or train or bus] so that we can put you in our contact tracing system and you are hereby ordered to quarantine for 14 days.”

Further, Raimondo states that state police in Rhode Island will be pulling over cars solely because the cars have New York license plates and then asking the people inside for their contact information as well as ordering them into quarantine if they plan to stay in Rhode Island.

The police state sure is ramping up in Rhode Island.

This article was published by the RonPaul Institute