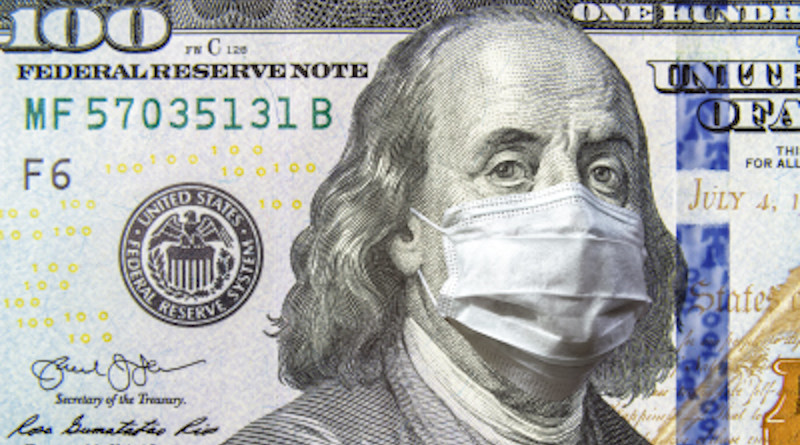 American workers have a huge opportunity as a result of this coronavirus pandemic — an opportunity to massively expand union membership in the workplace, and a chance, after decades of being ignored by Congress, to finally win a desperately needed increase in the federal minimum wage from its current $7.25 per hour to at least $15 per hour.

Republicans in Congress, notably Senate Majority Leader Mitch McConnell (R-KY), are unhappy with the supplemental $600 per week that laid-off workers are getting with their unemployment checks. They’re afraid workers won’t try to get a new job until their unemployment checks end, so they are saying they will refuse any effort by Democrats to push for an extension of the program, which only lasts for 13-20 weeks, depending upon the state. (States with the lowest pay rates and minimum wage tend to also be the states that limit the bonus to 13 weeks.)

Never mind that there are now more people unemployed — 40 million have applied for unemploment benefits and well over 27 percent of the workforce at this point are jobless. And that number rises to nearly half of all workers when gig workers and small owners of independent businesses are added in. That’s a significantly higher unemployment rate than at the depth of the Great Depression when joblessness hit 24.9 percent in 1933, and virtually no serious economist thinks that the economy is going to bounce back any time soon — meaning that unemployment will be at record levels for considerable time, and that jobs will be hard to find.

Indeed some are warning that as many as 40 percent of the people laid off will not be getting rehired, either because their employers — restaurants, theaters, small businesses, and even significant companies like Hertz or JC Penny’s — are going bust.

The truth is, McConnell is right about workers not wanting to lose their unemployment status by going back to some crappy job paying minimum wage or maybe a buck or two more an hour.

That $600 weekly check from Uncle Sam is an interesting number. It’s what you’d earn for a 40-hour week if you were getting paid $15 an hour by the boss. It’s more than double the paltry $290 a week that workers get if they’re paid the federal minimum wage that is in effect in 18 states.

There’s an old saying: “How’re you gonna keep them down on the farm, after they’ve seen (fill in the blank).” And it’s true. According to researchers, a third to two-thirds of all American workers — that would be between 50-100 million of us — work for poverty wages. According to a 2017 study by the Economic Policy Institute, fully 11.5 percent of US workers or one in nine of all workers, were earning less than a poverty-level income before the current wave of layoffs and shutdowns. And it should also be pointed out that the minimum wage of $7.25 that is what so many US workers earn (that’s gross pay before deductions for income tax, state and local taxes and Social Security, not take-home pay) is the same as it was in 2009, while inflation has reduced its buying power by 19 percent. That is to say, workers today earning the same minimum wage that a worker was earning 11 years ago, would have to be making $8.63 just to be in the same economic situation the worker in 2009 was.

America’s low-income workers have been going backwards for decades!

Given all this, how can anyone expect US workers, after having briefly experienced while on unemployment benefits what it’s like living on $15 an hour, to willingly go back later and take $7.25 again?

Of course, one worker or a couple of working parents, confronted with that situation — of losing unemployment benefits, and having a family of kids to support — will probably take whatever he or she can get out of desperation. But if the army of tens of millions of low-paid workers stand together (and remember this is an election year), and demand that their wages be raised to at least that $600/week rate, or $15 per hour, they can — we can — win it.

This is a historic moment for change.

People who still have their jobs are also learning that there’s no reason they shouldn’t be able to work from home.

And they’re learning too that their so-called “beloved” employer sponsored health insurance is good for nothing if they get laid off, or if, like the United Autoworkers who struck GM last fall learned, if they go on strike. They know now that what they need is what subverted and crushed presidential candidate Sen. Bernie Sanders was calling “Medicare for All” but what is often known more properly as single-payer health care, where the US government insures every American.

They’re learning that the Republicans have no interest in helping them, caring only about helping business and the rich, and that establishment Democrats cannot be trusted to help them either, preferring to cut deals with Republicans, to offer support for lobbying firms, arms industry companies and the banking industry with a few sops for the people.

So let’s use this moment to demand real change. We need to take to the streets in numbers not seen in a century to let Washington politicians of both parties know we’re not going back to the “old normal” that Democratic presidential hopeful Joe Biden was promising during the debates.

We need to demand that any politician running for office have the interests of working people as a priority. Whether that politician is running for president, senator, representative, governor or state legislator, we need to know that he or she supports a living minimum wage, a right to join a union and to strike for better working conditions, laws requiring a supportive workplace that is safe — including from infectious diseases — and that provides all workers with paid sick leave, parental leave and vacation time. We need to demand the establishment of a single-payer health system that covers all the medical costs of all Americans.

Crises like this Pandemic and this unprecedented recession are a time of suffering and fear, but they can also be a time of people coming together to help each other, and to make radical change.

It’s up to use to use this crisis to remake this country from one based upon exploitation and greed to one based upon community, generosity and mutual support.