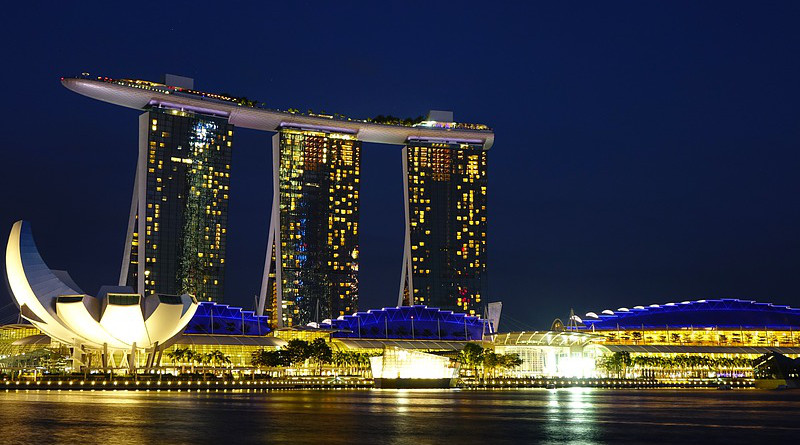 The COVID-19 pandemic has led to capital flight from emerging economies including East Asian ones. The ASEAN+3 financial cooperation process should be strengthened to help the countries involved weather this unprecedented storm.

The COVID-19 pandemic has caused rising uncertainties and risks in the global economy. This resulted in capital flight from emerging economies as investors move their funds to safer places such as advanced economies or to safer currencies such as the United States dollar.

For example, the International Monetary Fund’s Global Financial Stability Report released in April 2020 found that since January 2020, emerging markets have witnessed sharp portfolio outflows of more than US$100 billion. This amount accounts for 0.4 percent of their GDP. Among the emerging markets, the outflows from emerging Asia, with several East Asian countries included, are the greatest.

Why do we need to care about this capital flight? A short answer is that it begets several adverse impacts on regional economies. First, the financial exodus can dry up capital in a country, resulting in a credit crunch. Firms can no longer borrow and pay debts. Companies having foreign-denominated debts (especially in the US dollar) face higher debt service burdens as the greenback appreciates.

They could ultimately default, exacerbating unemployment and economic hardship of the people. Second, the scale of this capital flight is larger than that which occurred in the Global Financial Crisis (GFC) of 2007-2008, rendering the damage on affected economies more severe. Third, the outflow poses a risk of regional financial instability which can cause a crisis in itself.

The capital flight from only a few countries could cause financial panic in the region. The scenes from the Asian Financial Crisis (AFC) of 1997-1998 may recur. Unsurprisingly, the ASEAN+3 governments mentioned such risk in the Joint Statement of the Special ASEAN+3 Summit on Coronavirus Disease 2019 (COVID-19) convened virtually on 14 April 2020.

The region does not lack institutional structures to help regional states survive this difficult time. In fact, the ASEAN+3 financial cooperation process was set up in 1997 to address problems triggered by the AFC. The leaders at the Special ASEAN+3 Summit supported this mechanism.

They pledged to foster closer regional financial cooperation and policy coordination and support the ASEAN Plus Three Macroeconomic Research Office (AMRO) in its monitoring role of the economic and financial development in the region. They also reaffirmed their commitment to the Chiang Mai Initiative Multilateralisation (CMIM) “as a reliable layer of the Global Financial Safety Net”.

While this pledge is commendable, words should be followed by concrete actions. To lessen the potential risk of regional financial instability and help East Asian nations better cope with the negative economic impacts of the COVID-19 pandemic, governments should consider enhancing the ASEAN+3 financial cooperation process in the following ways.

First, they should expand the CMIM size of currency swap networks, which is currently at US$240 billion. While critics may argue that $240 billion pales in comparison to the amount of funds required to keep the economies afloat, increasing the size can send signals to the markets that these countries are working together. This can hence bolster market confidence and preempt financial panic.

Second, the governments should allow AMRO to conduct macroeconomic surveillance more frequently. The entity’s yearly consultation exercises should be adjusted to bi-annually, at least. As AMRO supports CMIM’s decision-making, this action could enable the governments to be better informed about the region’s macroeconomic conditions and use AMRO’s assessments to craft their responses (e.g. activating CMIM swap lines) in a timely fashion.

Moreover, the local-currency bond market development under the ASEAN+3 Bond Market Initiative should be further advanced because it would allow firms to raise funds in local currencies instead of borrowing abroad in foreign currencies. As a result, the issue of rising burdens of servicing foreign-denominated debts caused by local currency depreciation could be avoided.

Last but not least, governments should reaffirm their commitments to free trade. Because COVID-19 situations vary across nations, some countries which can first contain the virus spread may open up their economies and restart production lines earlier than the others. Those opening up later may be tempted to impose both tariff and non-tariff barriers to protect their domestic producers from losing out in international competition and going out of business.

Therefore, bettering a financial sector alone would not suffice in pushing forward regional economies if countries roll out protectionist measures. Admittedly, free trade is not covered formally under the ASEAN+3 financial cooperation framework. However, the governments should seize the opportunity when they convene under this process to jointly pledge to refrain from pursuing trade protectionism.

To sum up, the COVID-19 pandemic has posed unprecedented economic challenges to countries around the world. While East Asia is not spared, the region has the ASEAN+3 financial cooperation avenue to help regional states weather this storm. To what extent the mechanism will be effective will depend on the collective action of the governments to turn their words into deeds.

Home » Regional Finance Cooperation: Can It Weather The Storm? – Analysis