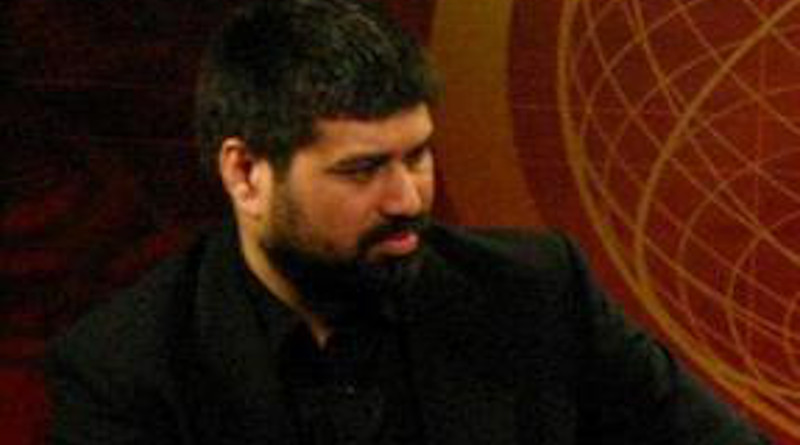 On May 29, 2011, Pakistani journalist Syed Saleem Shahzad, was scheduled to participate in a talk show being conducted by Duniya News channel in its Islamabad studio at 6 PM. He was well known for his uncanny ability to interview reticent commanders of various terrorist groups including Al Qaida; one of his notable scoops being an interview with a Pakistan terrorist named Ilyas Kashmiri who had left Kashmir ‘jihad’ and aligned himself with Al Qaida.

What made this interview so special was that he had been officially declared ‘dead’ by the US — having purportedly being ‘droned’ some months earlier.

But it was his explosive report revealing that Al Qaida had carried out the daring May 22 attack on PNS Mehran, a heavily guarded high security Pakistani naval base in Karachi that made Shahzad a media sensation. Though this claim appeared preposterous because Al Qaida had no known reasons for targeting the Pakistani defence establishment, but Shahzad gave an extremely vivid and equally convincing account of the developments leading upto and culminating in this attack. It was this very report of his on this incident that was the topic for discussion on Duniya TV that day.

In his report published three days earlier, Shahzad had revealed that the Pakistan navy had unearthed a cell of Al Qaida sympathisers within PNS Mehran base and had arrested about 10 serving naval personnel who were its members. Al Qaida sought their release and had even despatched its representative named Abdul Samad Mansoor to negotiate the same with naval authorities. Surprisingly, the navy gave Mansoor an audience and negotiations did take place but after its refusal to set the prisoners free, an enraged Al Qaida retaliated by attacking PNS Mehran.

Whereas the revelation that the Pakistan navy entertained Al Qaida’s demand for negotiations was in itself extremely embarrassing, Shahzad’s disclosure that some naval ratings posted at this base had assisted the attackers by providing them with maps and secret information regarding the security setup within PNS Mehran only added to discomfiture of the armed forces. This report couldn’t be denied as it was obvious that the heavy security forces’ casualties (18 dead and 16 injured) and lost 2 P3C Orion aircrafts could have only been since the attackers had ‘inside’ information.

But TV viewers who were anxiously waiting to hear Shahzad drop yet more ‘bombshells’ regarding the May 22 attack were in for a big disappointment when he failed to turn up for the show. Subsequent inquiries revealed that he had left home in his car at about 5.30 PM but when Duniya New contacted him at 5.42 PM, his mobile was switched off and the mystery of Shahzad suddenly disappearing while traveling on a busy road during the rush hour in the country’s capital only deepened with the passage of time.

Despite the news of his inexplicable disappearance going viral, no news of Shahzad was forthcoming till June 1, when his brother-in-law Hamza Ameer received a phone call from Margalla Police Station that Shahzad’s abandoned car had been found parked on the bank of Upper Jhelum canal.

After reaching the police station, Ameer was also informed that Shahzad’s dead body had been recovered from the canal near Mandi Bahauddin town on May 31, which is about 120 KM from Islamabad.

What made this entire incident even more suspicious was that despite the news of Shahzad going missing making headlines, the police had declared him ‘lawaris’ (unidentified and hence unclaimed) and after post mortem, the body had already been buried by Eidhi Foundation on police directions.

Even after nine years, no one has been able to give any plausible explanation how Shahzad ended up 130 Kms away from his destination, and why was he buried with such undue haste?

Dr Farrukh Kamal who headed the three-member autopsy team confirmed that, “There were at least 17 wounds, including deep gashes…The ribs from the left and right sides seemed to be hit with violent force, using a blunt object. The broken ribs pierced Shahzad’s lungs, apparently causing the death,” establishing beyond any doubts that this was a homicide. It took the government more than two and a half weeks to institute a commission of inquiry but when its report was released six months later, no one was any wiser.

So, who could have killed Shahzad and why?

The Shahzad commission report has concluded that, “in all likelihood, the motive behind the incident was provided by the writings of Saleem (Shahzad). What is not so clear is the question of who had that motive and actually acted upon it.” But, besides his writings, Shahzad had left behind a vital clue as he had sensed that something could go ‘wrong’ and just nine days before his abduction and murder, Shahzad had told ‘The New Yorker’ correspondent Dexter Filkins, “Look, I’m in danger, I’ve got to get out of Pakistan.”

Shahzad asked Human Rights Watch to make details of the meeting public “in case something happens to me or my family in future.”

HRW also revealed that, “On October 19, 2010, Shahzad sent an email informing Human Rights Watch that he had been threatened by the ISI at an October 17 meeting at the ISI headquarters in Islamabad with the Director-General of the Media Wing of the ISI, Rear Admiral Adnan Nazir, and another ISI official, Commodore Khalid Pervaiz. Shahzad wrote that the meeting ended with the following comment from Rear Admiral Nazir, which Shahzad construed as a death threat:

“I must give you a favour. We have recently arrested a terrorist and recovered a lot of data, diaries and other material during the interrogation. The terrorist had a list with him. If I find your name in the list, I will certainly let you know.”

Since Hameed Haroon, publisher ‘Dawn’ and President of the All Pakistan Newspapers Society, was also a recipient of this email, he presented full details of the same during his deposition before the inquiry commission.

But if Shahzad had thought that his revelation would help nail his murderers, he was sadly mistaken. In fact, by noting that “The commission’s failure to get to the bottom of the Shahzad killing illustrates the ability of the ISI to remain beyond the reach of Pakistan’s criminal justice system,” HRW’s Asia Director Brad Adams has aptly summarised the sorry state of human rights and institutionalised violence against media persons in Pakistan.

But instead of cleaning its own house, ISI resorted to a smear campaign, which only added greater credence to the allegations of it having orchestrated Shahzad’s abduction and murder.

Some snippets from ISI representative Brig Zahid Mehmood Khan’s deposition before the commission that exposes the ISI’s desperation:

From the above it’s apparent that  ISI wants people of Pakistan to believe that Shahzad was an Al Qaida sympathiser, an American ‘pawn’, a RAW operative and even an agent of UK’s intelligence agency- all rolled into one, and so could have been killed by either the Al Qaida, CIA, MI 5 or RAW but certainly not the ISI. It wants the public to believe that Shahzad was not summoned by ISI but it was he who insisted on coming over to have a cup of tea with them-odd that the ISI was breaking bread with an Al Qaeda sympathiser who was also an American pawn and associated with the spy agencies of UK and India.

But while the people may or may not empathize with ISI, the inquiry commission has in its report has shown great sympathy by noting that ISI “bore the brunt of blame (for Shahzad’s murder) right from the day one.”

No wonder that even after six months of deliberations, the commission opined that “It does not allow us to safely conclude that the ISI was the culprit behind this incident.”

With this, yet another commission of inquiry on a journalist’s death in Pakistan has once again determined (to use HRW’s Asia Director Brad Adams words), that “just about anyone could have killed him!”

Tailpiece: While the ISI may be excellent at the cloak and dagger game, but when it comes to storytelling, they’re downright awful.

Home » Syed Saleem Shahzad: ‘Just About Anyone Could Have Killed Him’ – OpEd

2 thoughts on “Syed Saleem Shahzad: ‘Just About Anyone Could Have Killed Him’ – OpEd”