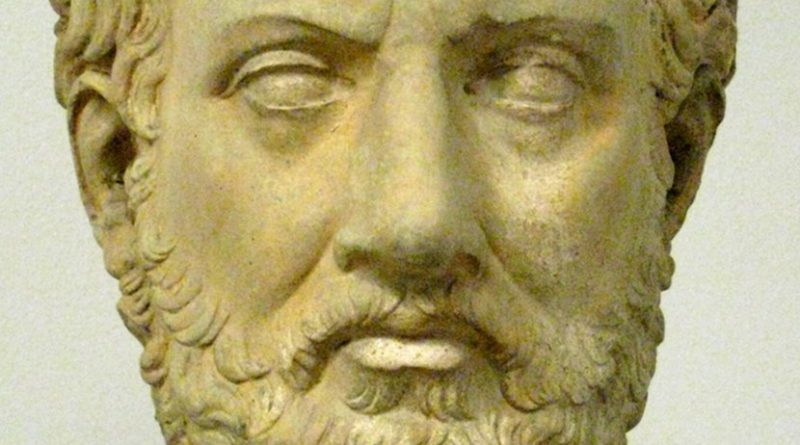 While Graham Allison’s power theory of Thucydides’ Trap is attractive and popular, an alternative perspective may be needed to explain some missing factors behind the relationships between emerging and rising powers.

The Ancient Greek historian Thucydides is often remembered for his remark on the basic cause of the Peloponnesian War, concluding that “the rise of Athens and the fear that this inspired in Sparta made war inevitable”. Graham Allison has popularised the term Thucydides’ Trap to characterise this danger of war breaking out when a “rising state” catches up with a “ruling state”. He asks whether China and the United States are destined for war in view of the ongoing process of power transition between these countries.

Allison does not believe that such conflict is inevitable, but he is clearly concerned because he sees its probability increasing when an upstart gains the power to challenge an established state. He reports that in 12 of 16 past instances, this phenomenon has ended in war. His analysis has received considerable attention from officials, scholars, and the informed public.

Thucydides’ Trap points to the primacy of the interstate system’s structural conditions – specifically, the emergence of an approximate power parity between two of the world’s most consequential states – as a determinant of war. Naturally, this emphasis implies that leaders are under powerful systemic influence so that their personal volition or judgment is much less important in deciding war and peace.

In other words, systemic structure trumps human agency. Even though Thucydides’ explanation of the Peloponnesian War refers explicitly to the Spartans’ fear of Athens’ rise, contemporary renditions of Thucydides’ Trap do not tell us how exactly interstate power shifts at the systemic level would affect leaders’ decision processes at the individual or group level. The causal mechanism linking power shifts at the macro level to decision making at the micro level is missing.

Significantly, in claiming that war is more likely when two states approach power parity, Thucydides’ Trap challenges the longstanding claim by most realists that a balance of power helps to keep interstate stability and peace. These competing propositions obviously cannot be both correct.

Thucydides’ Trap invites people to imagine premodern Sparta and Athens as analogues for contemporary US and China, respectively. Ancient Sparta was an agrarian society ruled by an oligarchy, and it drew its military strength from the hoplites (infantry) fighting in phalanx formation. Sparta’s ruling class was constantly worried about a rebellion by its slaves (the helots). In contrast, Athens was a democracy by the standards of its day, and it drew its strength from thriving overseas trade and its naval prowess. Its leader Pericles was a proponent of imperial expansion.

We would have to overlook such factors pertaining to a state’s political system, its economic and military orientation, and its professed foreign ambitions to accept Sparta (the supposed established power) as a fitting analogue for today’s US, and Athens (the ostensible rising power) for today’s China (which, in contrast to the US, has an authoritarian political system, is primarily a land rather than maritime power, and remains essentially a regional actor without an extensive global network of alliances and military bases or a crusading ideology).

Some Questions About Allison’s Theory

Moreover, we would have to ignore that major developments in the intervening 2,500 years, such as the advent of the modern territorial state, nationalism, and nuclear weapons, could compromise the validity of the basic claim being advanced by Thucydides’ Trap. What exactly would this proposition expect states caught in a transition process to fight over, and why would this fight be worth their while given the destructiveness of modern weapons and the costs of economic disruption?

Allison’s selection criteria for his 16 episodes of past power transition and his standards for designating “ruling” and “rising” states are unclear. For example, Sweden’s challenge of the Hapsburgs in the first half of the 17th century was included in his case files, but not Prussia’s challenge of Austria which led to a war in 1866.

The Crimean War and the Spanish-American War were also absent. Similarly, wars waged by dominant “ruling” states against declining states, such as the Opium Wars waged by Britain and France against China, were generally omitted.

The Russo-Japanese War was included, but it was fought by two rising powers rather than pitting a rising power against a ruling power. Allison treats Britain and France as “ruling states” between the 1990s and 2017 when they were overtaken (peacefully) by Germany but he does not recognise China’s overtaking of these countries as well as Russia and Japan during roughly the same period (or Japan overtaking Britain, France, and the USSR). Had he done so, there would have been many more instances of peaceful power transition – thus casting doubt on the contention that power transition increases the danger of war.

Moreover, the criteria for being considered a “ruling state” are not clear – why do Britain and France qualify for this status as late as 2017, but not the US when it fought in Europe in the two world wars? There are clearly numerous instances when dominant “ruling” states had fought weak and/or declining opponents, including various imperialist and colonial wars or wars of conquest (such as the Spanish-American War, the Mexican-American War).

These are omitted by Allison, thereby making it difficult to adjudicate whether wars are more likely to occur when an upstart catches up to and challenges an established state, or when a dominant power engages in aggression against weaker opponents. Allison’s case files consist of apples, oranges, and pineapples – and some other fruits are left out completely. Given the small number of cases involved, the addition or subtraction of just a few of them could alter significantly the evidence in support of or against Thucydides’ Trap.

China had fought the US in the Korean War long before anyone was talking about a power transition between these two countries. Therefore, power transition is not a necessary condition for war (it is also not a sufficient condition because, as mentioned above, there have been many peaceful transitions in the past). China can confront the US even when it is in an inferior power position if Beijing feels that its national security and/or regime legitimacy are threatened.

Japan’s attack on Pearl Harbour also attests to a much weaker country challenging a stronger opponent. Furthermore, Germany’s assaults on Russia/the USSR in both world wars demonstrate that a stronger but declining power can initiate a preventive war before its “window of opportunity” closes. Thucydides’ Trap overlooks the fact that wars can occur under different power configurations.

Moreover, changing power relations can be the result of war and foreign competition, and not just their ostensible cause. The demise of the Hapsburg, Ottoman, Austro-Hungarian, and the Chinese Qing empires and most recently, the USSR come to mind. Naturally, wars of national unification, such as for Italy, Germany, and even the US and China (after their respective civil war), had contributed to these countries’ rising international position. Thus, there is a two-way causal relationship between war and power shifts.

Thucydides’ Trap offers a monocausal explanation, claiming power transitions produce war. However, multiple pathways can lead to war whose origin can be traced to a combination of factors. Instead of relying on bivariate analysis, research on the war phenomenon requires a multivariate approach. We know from extensive research that power shifts or transitions are just one element in a brew that endangers peace.

Domestic partisan competition and a tendency to scapegoat foreigners can “push” countries into foreign crises and confrontations. In addition, alliance commitments and entanglements can “pull” countries into conflicts that do not directly engage their interests originally. Moreover, human emotions (including hubris and self-righteousness) and psychological biases can exacerbate mistrust and misjudgment.

These mistakes tend to be compounded by intense political rivalry, competitive armament, alliance bipolarisation, and repeated militarised disputes. These factors combine to escalate tension and cause contagion that ensnares third parties in a larger conflagration. Thucydides’ own account of the events leading up to the Peloponnesian War provides an informative narrative that includes many of these other factors contributing to this conflict’s outbreak.

A preoccupation with the bilateral balance of power distracts attention from these other considerations, and it distorts and oversimplifies the processes leading to war. This tendency also creates the danger of self-fulfilling prophecy if leaders in Beijing and Washington believe that an ongoing power transition will lead to war between their countries, and if they act on this belief to prevent or hasten this transition.

Chinese and American leaders may also be seriously misled if they buy into the proposition that there is an imminent power transition – a problematic conclusion based on counting the quantity of tangible assets (e.g., population size, economic output, export volume, military hardware) rather than emphasising more intangible qualities such as a society’s institutional adaptability and resilience, a government’s ability to mobilise and deploy effectively available resources, and an economy’s productivity and innovative capacity to pioneer leading technology sectors.

Past hegemons (e.g., Britain, the Netherlands, Portugal) never had the largest (home) territory, population, or standing army, but rather excelled in entrepreneurial élan and global commerce based on maritime power. The gazelles have usually outcompeted the elephants. Finally, international relations are rarely a matter of bilateral balance of power; rather, war outcomes depend on coalitional strength. There is little doubt about whether China or the US has more powerful allies.