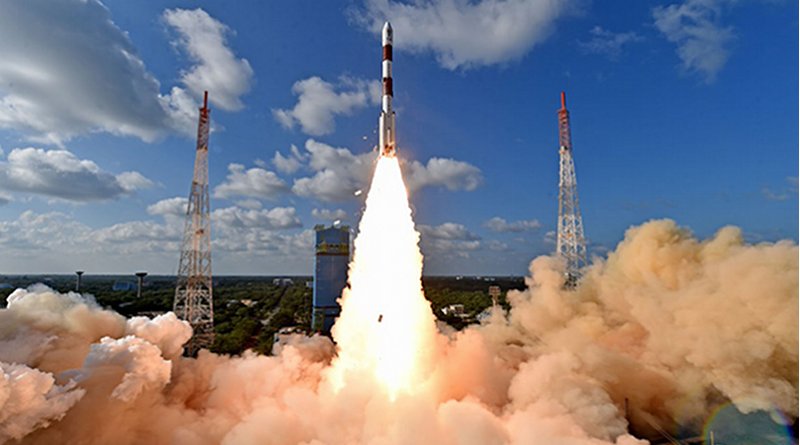 India has a long-held desire to be recognized as one of the greatest military powers at the global level. In pursuit of this objective, over the last few years, India has been carrying out a very extensive military modernization program. Along with all the other components of its ongoing military modernization, maintaining a military presence in outer space has been the key focus of the Indian strategic elite. India’s space militarization primarily comprises of indigenously developed satellites such as GSAT-6 and GSAT-7 (Geostationary Satellites), and RISAT-2BR1 (Radar Imaging Satellite). India has also acquired ASAT (Anti-satellite weapon) capability after a successful test in early 2019. India’s space-based ISR satellites would enhance its counterforce capabilities vis-à-vis Pakistan. Likewise, this would provide India’s Command and Control centers with quantifiable and discernable data. These acquired space capabilities would further embolden India’s NC2 (Nuclear Command and Control) with more liberty to take decisions. Such a security dilemma would annihilate the South Asian nuclear deterrence equation by providing India with an incentive to launch a counterforce pre-emptive strike against Pakistan.

In March 2019, India had successfully tested an anti-satellite weapon by destroying one of its own satellites in outer space. By doing so, India has become the fourth country in the world after the US, Russia, and China that possess the ASAT capability. Similarly, with this capability, the likelihood of India’s space weaponization is more evident as India would be in a strong position to kinetically destroy any incoming satellite. This would be a significant military advantage, especially in a crisis, as India would be in a position to use its ASAT capability to disturb the satellite communications and intelligence gathering of its opponent states. Along with this, India would be able to destroy the targets of its adversary’s missiles. India has also enhanced the observation, reconnaissance, and surveillance capabilities of its GSAT series with 0.35m resolution, and RISAT/Cartosat series with1-meter resolution. Moreover, India aspires to integrate its BMD systems (Ballistic Missile Defenses) with its satellites. This expected integration would further strengthen India’s BMD as satellite networks in space would provide early information regarding the incoming missiles. In the same vein, India’s overall BMD capabilities would also enhance with the incorporation of space-based detection along with the S-400 missile system.

India’s enhanced space capabilities have further enhanced the security concerns of Pakistan. Since Pakistan does not aspire to militarize the space, there exists a visible qualitative gap between Pakistan’s and India’s space programs. To penetrate the space-based precision targeting capability of India, at the least Pakistan can use the high energy lasers. These lasers are ground-based ASAT weapons that can damage and disturb the other satellites with its sensors. Furthermore, the MIRV (Multiple Independently Targetable Reentry Vehicle) capability of Pakistan can easily infiltrate India’s enhanced Missile Defence shield integrated with satellites. Pakistan’s premier space agency SUPARCO needs to further counter the emerging Indian space threat by developing indigenous observation and surveillance capability that could detect Indian space assets.

At the international level, Pakistan should further urge the international community to pressurize India against militarizing outer space. In this regard, PAROS (Proposed Prevention of an Arms Race in Space), though an agreement neglected by the international community needs to be agreed upon. Besides this, the previous multilateral agreements like the 1972 liability convention (Prevention of damage by space objects), 1979 Moon Agreement (Prevention of activities on celestial bodies and moon) and others are needed to be further enforced. This would likely highlight the militarization of space by India as a threat to international security. Pakistan further needs to draw its red lines vis-a-vis space militarization to deter India from any adventurous intrusion.

The space-based ISR capability has provided India a technical advantage to carry out a counter force pre-emptive strike against Pakistan. The technical abilities provided by space-based ISR when fused provide an ability called F2T2EA (Fix, Find, Track, Target, Engage, Assess). This would give discernable data along with the exact target to attack. To counter such a pre-emptive strike by India, Pakistan must focus on the enhancement of its assured second-strike capability. Furthermore, Pakistan needs to further enhance the research and development of space-based ISR capability to retain the strategic balance in South Asia.

Hence, India’s aspiration of an extensive military presence in the space has further threatened Pakistan. India’s space militarization would ultimately lead to space weaponization. India seems to be least concerned about its prospective outcomes, for instance, it might provoke an unnecessary arms race in this domain at the regional level. This would further disturb the already fragile strategic balance in the South Asian region. Pakistan needs to carefully assess the emerging Indian space capabilities and take measures to enhance its security. The tall prospect of the development of an anti-satellite system by Pakistan seems to be an unfeasible option at least for the time being given the country’s economic difficulties. As a short term strategy, Pakistan can use low-cost disruptive technologies, for instance, jamming, laser attacks, and cyber-attacks, etc. Nevertheless, against the backdrop Indian eagerness to militarize the space, the development of an enhanced space capability by Pakistan cannot be ruled out.

*The writer is working as a Research Affiliate at the Strategic Vision Institute (SVI), a non-partisan think-tank based out of Islamabad, Pakistan