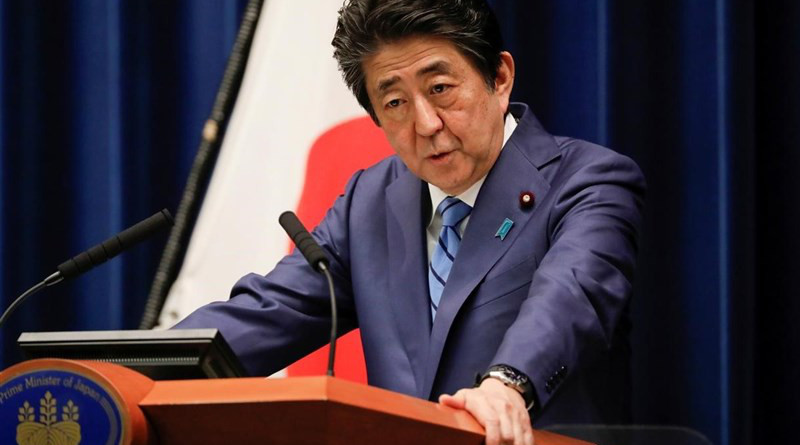 Japanese Prime Minister Shinzo Abe has announced he is stepping down due to chronic health concerns. His departure ends a historic tenure in office, but the conservative leader’s resignation underscores his mixed accomplishments in regional relations.

During a televised press conference Friday in Tokyo, Abe said that he can no longer carry out his duties while receiving medical care. Abe said he has experienced a relapse of ulcerative colitis, an inflammatory bowel disease.

The 65-year-old has held power for nearly eight years, making him Japan’s longest-lasting prime minister. Abe also served in the position starting in 2006 but resigned a year later due to the same illness.

Abe’s conservative politics made him a controversial figure in east Asia. Detractors in South Korea and China often accused him of historical revisionism for what were seen as attempts to obscure Japan’s early 20th century aggression.

Some observers say that impression was exaggerated.

“Abe’s enemies viewed him as the reincarnation of militarism,” Robert Dujarric, who directs the Institute of Contemporary Asian Studies at Temple University’s Tokyo campus, wrote in an email to VOA.

Dujarric noted that even some of Abe’s most right-wing supporters wrongly regarded him as “the man who would restore Japan’s rightful place in the world.”

“The truth is that he’s been a very pragmatic conservative, only increased resources allocated to the armed forces very marginally, didn’t get into fights with China and continued to keep a fairly low profile in international security affairs,” Dujarric wrote.

Dujarric has voiced doubt that Abe’s departure will provide Tokyo with an opportunity to improve relations with Seoul or Beijing.

That attempted reform, as well as his apparent support of political allies who make visits to the Yasukuni Shrine, a war memorial in Tokyo, gave many South Koreans a negative view of Abe, according to Kim Eun-bin, a journalist who covers Japan for Newspim.

Visits to the shrine by prominent Japanese officials anger China and South Korea, which consider Yasukuni a symbol of Japan’s militarism and reminder of its wartime atrocities. The shrine honors 2.5 million Japanese war dead, including some convicted war criminals from World War II.

“In Korea, he was seen as a very dangerous leader in that he is a grandson of Kishi Nobusuke (a suspected war criminal and later prime minister), pursued constitutional amendments and dreamed of turning Japan into a normal state, in regard to its self-defense forces,” she says.

The entire Korean peninsula was under Tokyo’s rule from 1910 until 1945.

Kim says that Abe had won some praise for his willingness to cooperate with Seoul to redress the so-called “comfort women,” who were drafted into Japanese military brothels throughout the Pacific region during the war. But a 2015 deal struck with former South Korean leader Park Geun-hye to provide financial support was later annulled by current South Korean President Moon Jae-in over allegations that the agreement was brokered without consulting the victims.

Abe’s resignation comes as Japan and South Korea continue to wage a commerce dispute that was taken to the World Trade Organization in July. The case is widely seen as linked to a South Korean court’s 2018 ruling that former colonial forced laborers should be paid compensation by Japanese firms.

During a speech to commemorate the 75th anniversary of Korea’s liberation from Japan, President Moon said he is willing to hold talks with Tokyo to resolve the tensions.

Despite lingering historic animosities with his country’s nearest neighbors, Abe saw diplomatic successes in his efforts to foster military ties with Australia, negotiated the Trans-Pacific Partnership and brokered a trade pact with the United States. The agreement was a cornerstone of President Barack Obama’s foreign policy pivot toward Asia.

Some of the prime minister’s most skillful acts of statecraft occurred while holding talks with current U.S. President Donald Trump, whose positions on bilateral trade and security often seemed “erratic and incoherent,” says Daniel Pinkston, a Seoul-based international relations expert at Troy University.

Trump has criticized Japan for what he says are unfair policies toward the U.S.

“Abe bent over backward to build a personal relationship with Trump” knowing that through flattery, Tokyo could win more favorable agreements, Pinkston explains.

But some other analysts say Abe might be most remembered for what he didn’t achieve.

Leif-Eric Easley, an international studies lecturer at Ewha Womans University in Seoul, said in an email to VOA that while the Japanese leader built a reputation as “Mr. Stability” for serving as long as he did, he also came up short on major initiatives.

“He will be remembered for missions unaccomplished,” Easley wrote. “His Abenomics policies have not achieved promised growth and reform. And his dream of revising the constitution to free Japan’s military from post-war constraints remains unfulfilled.”

The most glaring setback of Abe’s administration, Easley adds, might be the postponement of the 2020 Tokyo Olympics due to the coronavirus pandemic. Easley said the move deprived the prime minister of the chance to preside over the Games that should have “symbolically” marked Japan’s recovery from the pandemic as well as the 2011 Fukushima nuclear disaster.

Juhyun Lee contributed to this report.