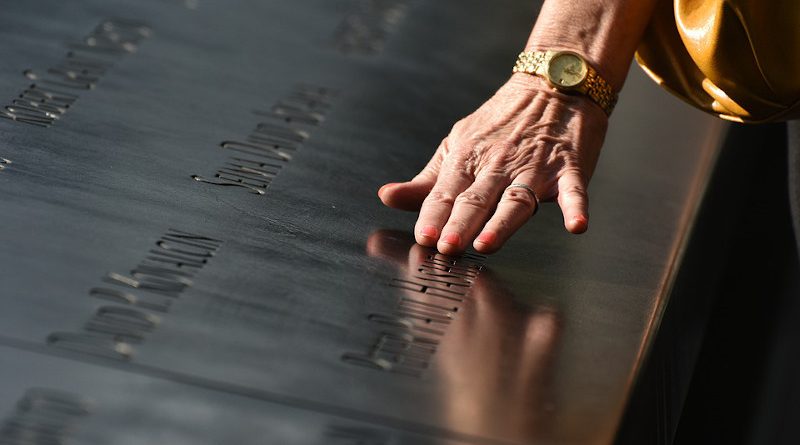 With the 20th anniversary only days away, many Americans are assessing the lessons of the Sept. 11, 2001 terrorist attack. As they count the cost in lives and treasure, Americans might also ponder what a major adversary such as the Chinese regime learned from the attack, and how that might play out in any future conflict.

According to “The 9/11 Commission Report: Final Report of the National Commission on Terrorist Attacks Upon the United States,” the 9/11 attack was in some ways “more devastating than Pearl Harbor.” Yet, “we see little evidence that the progress of the plot was disturbed by any government action” (emphasis added). That is hardly an exaggeration.

The report, released in 2004, documents failure by the CIA and FBI agencies specifically tasked to keep the United States safe. Both agencies had opportunities to stop the 9/11 plot but failed to do so. Officials of the Chinese Communist Party (CCP) would be certain to take notice, and the official response to 9/11 would also be of interest to the CCP.

“The road to 9/11 again illustrates how the large, unwieldy U.S. government tended to underestimate a threat that grew ever greater,” proclaims the commission report. “Imagination is not a gift usually associated with bureaucracies,” the commission concluded, but the response to massive bureaucratic failure was to create a massive new bureaucracy.

The Department of Homeland Security (DHS) combined “22 different federal departments and agencies into a unified, integrated Cabinet agency.” Like the Senior Executive Service, a new bureaucracy launched under President Carter, the DHS would quickly become politicized and lose sight of its original mission.

In 2009, the DHS released “Rightwing Extremism: Current Economic and Political Climate Fueling Resurgence in Radicalization and Recruitment.” This document warns of “white supremacist” types that are “hate-oriented” or “rejecting federal authority in favor of state or local authority.” The FBI also shifted from Islamic terrorism to Americans they smeared as “right-wing extremists” and such.

A powerful adversary such as China would also notice that the 9/11 Commission Report did not cover all the reasons for failure to halt the massive attack.

“It is perhaps obvious to state that terrorists cannot plan and carry out attacks in the United States if they are unable to enter the country,” notes the 2004 report “9/11 and Terrorist Travel: Staff Report of the National Commission on Terrorist Attacks Upon the United States.”

Prior to 9/11, the Terrorist Travel report notes, “no agency of the U.S. government thought of border security as a tool in the counterterrorism arsenal.” Indeed, even after 9/11, “border security still is not considered a cornerstone of national security policy.” Commission staff believed “it must be made one,” but it wasn’t, and in 2021 the border has an existential problem.

The “Summary of Terrorism Threat to the U.S. Homeland,” an Aug. 13 DHS briefing, warns of “grievances over public health safety measures and perceived government restrictions.” The DHS also warns of “amplified conspiracy theories concerning the origins of COVID-19 and effectiveness of vaccines.” Al-qaeda, the terrorist organization behind the 9/11 attack, gets only a single mention.

The DHS now downplays Islamic terrorism and targets ordinary Americans seeking to exercise their constitutional rights. Like other federal government agencies, the DHS ignores border security as a measure to counter terrorism. In these conditions, a resourceful adversary could easily infiltrate saboteurs, but for China, that hardly seems necessary.

Some Chinese nationals who are already in the United States on exchange programs have ties to China’s People’s Liberation Army and the Chinese Communist Party. Recently, the Department of Justice dropped charges against Chinese researchers accused of lying on their visa applications about their connections with the Chinese military. In a time of military conflict, the CCP could easily deploy agents on missions of propaganda, sabotage, and assassination.

Twenty years after 9/11, an attack comparable to Pearl Harbor, the U.S. government is more bloated, unwieldy, and vulnerable than ever. China, on the other hand, is more powerful and aggressive than ever. If the Chinese regime were to exploit America’s post-9/11 weakness to the full, it could hold a distinct advantage in a military conflict.

This article was also published in The Epoch Times