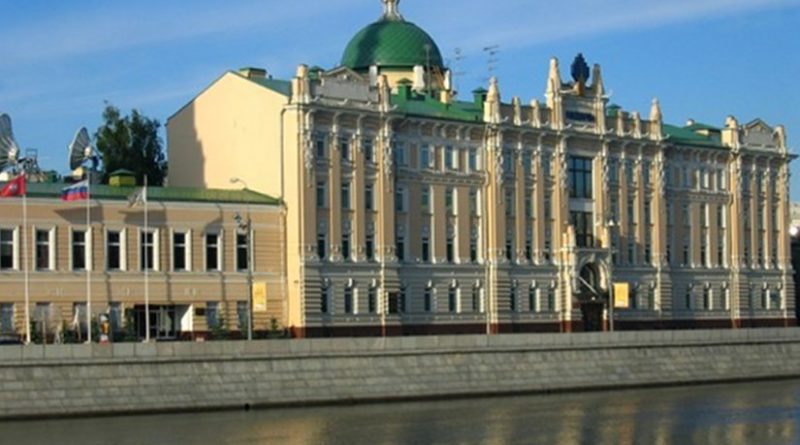 Russia has opened its doors wider to Chinese investment with the sale of a share in state oil company Rosneft, but financial pressures and sanctions may have given it little choice.

Under the agreement, the Shanghai-based conglomerate will get most of the 19.5-percent interest in Rosneft that was sold last December to Glencore PLC commodity group and the Qatar Investment Authority (QIA) for U.S. $11 billion (72.5 billion yuan) in a partial privatization to raise cash for the Russian government.

After the latest sale to CEFC China Energy, Swiss-based Glencore will retain 0.5 percent of Rosneft while QIA will keep a 4.7-percent share, Glencore said.

Rosneft CEO Igor Sechin said the stakes represent the amounts that the Glencore-QIA consortium bought for cash, the Associated Press reported. The recent rise of the euro against the dollar had made debt service more costly for the firms, Sechin said.

The sale to CEFC is subject to final negotiations and regulatory approvals, Reuters said. Other Rosneft shareholders include Britain’s BP with 19.75 percent and the state’s Rosneftegaz holding company with 50 percent plus one share.

On one level, the CEFC deal may be a sign of China’s growing involvement in the Russian energy sector, as well as increasing diversification of investment interests, after years of Russian resistance to Chinese access.

Russia has been China’s leading crude oil supplier for most of this year with deliveries through July averaging more than 1.1 million barrels per day (bpd). Rosneft exported 34.5 million tons of oil to China last year, an average of 692,000 bpd.

The connections paint a picture of rapidly rising Chinese investment in Russia’s energy sector and growing trust between the world’s leading oil producer and its biggest importer. It was not always so.

After the two countries signed a landmark friendship treaty in 2001, years passed before agreements on oil exports were reached while Russia debated whether China could be trusted as the sole customer for a Siberian pipeline.

An agreement between Rosneft and CNPC in 2001 for joint exploration in Russia came to nothing.

Chinese oil workers were unwelcome on Russian soil until 2007 when pipeline monopoly Transneft was unable to find contractors to complete a section of the East Siberia-Pacific Ocean (ESPO) pipeline and was forced to invite CNPC construction crews to finish the job.

Over the years, Chinese access to Russian resources has been slowed by long-standing concerns about control of sparsely settled Siberia.

“For one thing, the relatively high level of trust between the top leaders is not shared by ordinary Russians and Chinese,” wrote Yu Bin, senior research associate for the Shanghai Institute of American Studies, in an article published by Asia Times a decade ago.

“China’s economic growth is perceived by many more as a threat rather than an opportunity,” Yu said then.

The question is whether the CEFC deal, which is likely the largest private Chinese investment in Russian energy, is a sign of change in relations or a measure of the problems that Moscow faces after three years of low oil prices and sanctions.

Edward Chow, senior fellow for energy and national security at the Center for Strategic and International Studies in Washington, said the sale seems to be driven more by necessity in Russia than greater trust in China.

“Rosneft and China are brothers eternal,” Russia’s Interfax news agency said in an upbeat assessment of the deal.

Sechin and Rosneft have been subject to sanctions by both the United States and the European Union since 2014 in response to Russia’s annexation of Crimea in the war with Ukraine.

The debt burden and demands to contribute to the Russian budget are likely motivations for Rosneft to seek new backers for its partial privatization.

Even so, the CEFC investment stands out as curious.

“It’s interesting that it’s with this private Chinese company that we don’t know a lot about, not one of the Chinese majors,” Chow said.

So far, it is unknown whether the Rosneft stake was offered to state-owned CNPC or China Petroleum & Chemical Corp. (Sinopec), the oil majors that Russia has previously dealt with and would be expected as first choices for investment.

Mystery surrounds CEFC China Energy and its founder Ye Jianming, who either is or is not a grandson of the legendary Chinese Communist Party leader Marshal Ye Jianying, a point of lively debate among analysts online.

If the CEFC chairman is a “princeling” related to the Long March veteran who died in 1986, it could help explain his access to capital and rapid expansion in fields from energy to investment banking since the company’s founding in 2002.

While hardly a household name in the international energy industry until now, CEFC was listed as 229th on the Global Fortune 500 list in 2016.

Most recently, it has been involved in a pending deal to acquire 51 percent of Kazakhstan’s Romanian refining subsidiary from the state oil and gas company KazMunayGas (KMG).

In corporate statements on its website, CEFC mixes business with spirituality, making references to ideals of Taoism and Confucianism.

The company is guided by the business philosophy of “Arising with Strength and Achieving with Goodness,” the website says. Under corporate ethos, the company lists, “loyalty, unity, righteousness, dedication, collectiveness, discipline, order and solemnity.”

The cultural values could be an odd fit with the hard- bitten images of Sechin and Rosneft.

It is unknown whether the deal will include representation on the Rosneft board.

Prior to the sale, Rosneft and CEFC signed strategic cooperation agreements in July and September, calling for collaboration in exploration and production, oil refining and petrochemicals, crude oil and product trading, retail business and financial services, the Russian company said.

The companies also reportedly agreed to consider creating a “vertically integrated joint venture” in Russia to implement oil and gas projects, and a joint investment fund.

It remains to be seen whether all of those goals will be realized and whether the deal will open a new chapter in Russia-China energy ties.