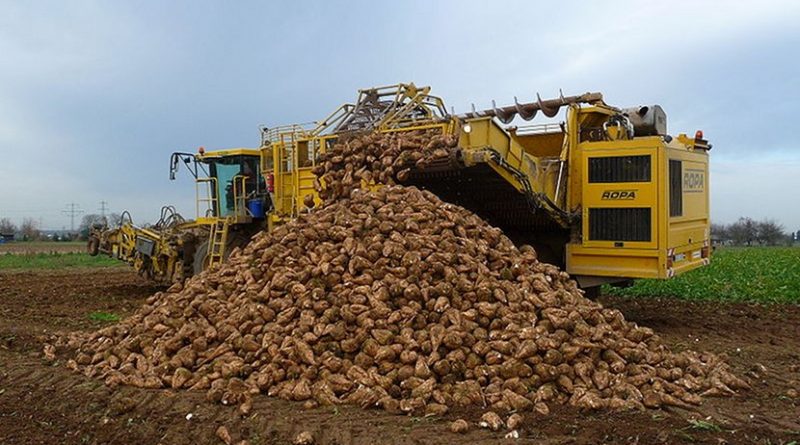 The very last agricultural quota system in place, managing sugar production in the European Union, will be scrapped on September 30, 2017, after nearly 50 years.

The decision to end the sugar quotas now was agreed between the European Parliament and Member States in the 2013 reform of the Common Agricultural policy (CAP) after a major reform and restructuring process initiated in 2006.

Between 2006 and 2010, the sugar sector had been thoroughly restructured with the support of €5.4 billion. As a result, the sector has been able to carefully prepare for this moment and productivity has improved substantially over the last years. The end of the quota system gives producers the possibility to adjust their production to real commercial opportunities, notably in exploring new export markets. It also significantly simplifies the current policy management and administrative burden for operators, growers and traders.

Phil Hogan, Commissioner for Agriculture and Rural Development, said, “The end of the quota system represents an important turning point for our European sugar sector and marks another important step in the market orientation of the Common Agricultural Policy. Producers will now have the opportunity to expand their trade on global markets, and with the right policy supports from the European Commission – such as the Sugar Market Observatory which provides timely and relevant market information – they should have every chance of success. I am confident that, since the end date for sugar quotas was decided, the industry has positioned itself well to benefit from the opportunities which the end of sugar quotas presents.”

Various measures from the Common Agricultural Policy can be used to continue supporting the EU sugar sector to face unexpected disturbances on the market. This includes a substantial EU import tariff (outside preferential trade agreements) and the possibility to give support for private storage and crisis measures that would allow the Commission to take action in case of severe market crisis involving a sharp increase or decrease of market prices. Income support for farmers in the form of direct payments is also available, including the possibility for EU member states to provide so-called voluntary coupled support for sectors in difficulty, including sugar beet production.

The possibility to collectively negotiate value sharing terms in the contracts between EU beet producers and sugar processors is maintained after the end of the quotas.

The European Commission has also improved transparency on the sugar market in anticipation of the end of the quota system. A new Sugar Market Observatory provides short-term analysis and statistics about the sugar market, as well as analysis and outlook to help farmers and processors manage their businesses more effectively.

The sugar quota system was introduced with the first CAP rules on sugar in 1968, along with a support price for producers set at a level significantly above the world market price. The decision to end the quota system for sugar was taken by Member States in 2006.

The end of the quota system follows the significant reform of the sector from 2006-2010. The average EU sugar price has recovered since the end of 2016 to around €500/t and has been stable in the last few months.

The EU is the world’s leading producer of beet sugar (roughly 50% of the total). However, beet sugar represents only 20% of the world’s sugar production; the other 80% is produced from sugar cane. Most of the EU’s sugar beet is grown in the northern half of Europe, where the climate is more suited to growing beet. The EU also has an important refining industry that processes imported raw cane sugar.

By Saji Thomas Police in India’s Karnataka state have removed 15 crosses from a hill near a Catholic parish, accusing

Tilt To Far Right Looming Over US Supreme Court – OpEd