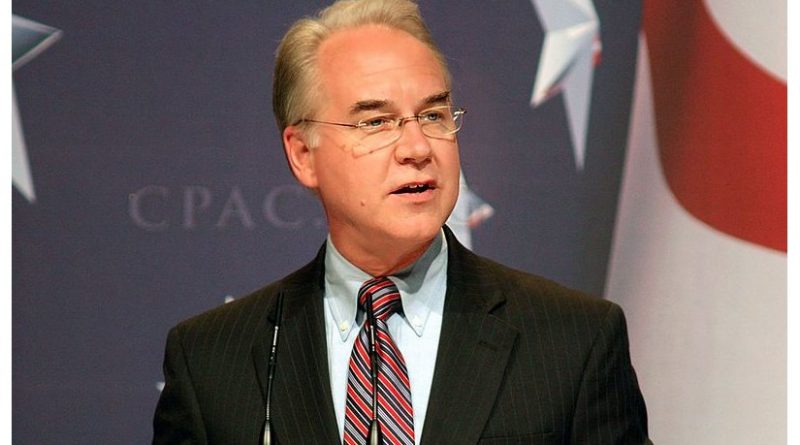 Tom Price stepped down Friday as US Secretary of Health Services amid reports that he had used chartered private planes for government travel.

In a short press release, the White House announced that, “Secretary of Health and Human Services Thomas Price offered his resignation earlier today and the President accepted.”

The White House added that President Trump, “intends to designate Don J. Wright of Virginia to serve as Acting Secretary, effective at 11:59 p.m. on September 29, 2017. Mr. Wright currently serves as the Deputy Assistant Secretary for Health and Director of the Office of Disease Prevention and Health Promotion.”

Price was facing criticism from Democrats after media reported that he had not only flown on military planes, but also a few dozen private chartered flights to Europe and Africa, at the expense of taxpayers.

Home » Price Resigns As US Secretary of Health Services

By Benjamin Fox (EurActiv) — Talks on a new EU-Africa partnership have been derailed by the COVID-19 pandemic, EU foreign affairs