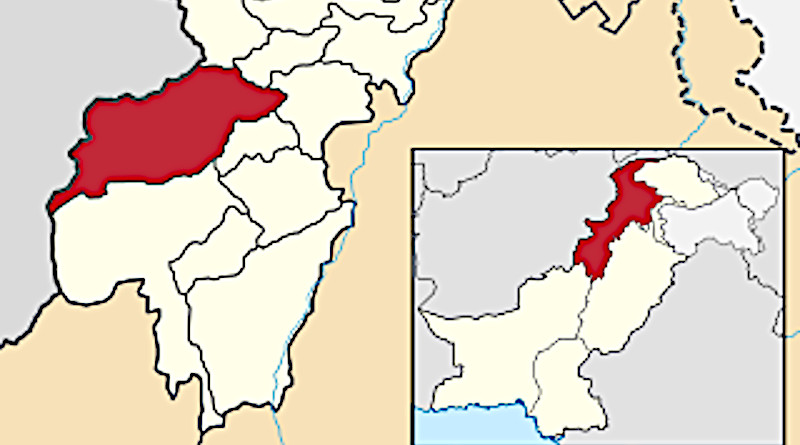 Two Army soldiers were killed in an exchange of fire with militants during an intelligence-based operation in the Spalga area of Miranshah tehsil (revenue unit) in North Waziristan District of Khyber Pakhtunkhwa (KP) on September 19, 2020.

A soldier was killed in an Improvised Explosive Device (IED) explosion near a check post on the Boya-Miranshah Road in North Waziristan District on September 12, 2020.

On September 7, 2020, the Security Forces (SFs) conducted an Intelligence Based Operation in the Mir Ali area of North Waziristan District and killed five terrorists. 10 terrorists were also arrested during the operation.

On September 6, 2020, an Army officer and a soldier were injured in an attack on SFs by terrorists near the Hasokhel Bridge in the Mir Ali area of North Waziristan.

On September 3, 2020, three Army soldiers were killed and four sustained injuries when they were targeted by terrorists while providing protection to road construction teams working on the Shaga-Nishpa Road in the Ghariom Tehsil (revenue unit) of North Waziristan District.

The surge in violence is worrisome given the bloody past of the region.

North Waziristan District falls under the Afghanistan-Pakistan border region which was once termed as the “most dangerous place in the world”. North Waziristan was one among the seven Agencies of the erstwhile Federally Administered Tribal Areas [FATA]. On May 31, 2018, FATA was merged with the KP Province and its status was changed from Agency to District, as was case with the other six erstwhile Agencies. North Waziristan shares borders with Bannu, Tank, Dera Ismail Khan and Kurram Districts of KP in the North and Northeast; Sherani and Musakhel Districts of Balochistan to the South; and Khost, Paktia, and Paktika Provinces of Afghanistan to the West and North-West. Its strategically central and vulnerable location gives it tremendous importance for the terrorists.

Things changed with the launch of operation Zarb-e-Azb (Sword of the Prophet) in North Waziristan, on June 15, 2014, in the aftermath of the attack on the Jinnah International Airport, Karachi, on June 8-9, 2014. At least 33 persons, including all 10 attackers, were killed in the Karachi Airport attack.

Before Zarb-e-Azb, the country, including North Waziristan was plagued with terrorism. 490 soldiers of the Pakistan Army have died in the line of duty during Operation Zarb-e-Azb. Over a period of two years, an area of 3,600 square kilometres in North Waziristan has been cleared of terrorists. A total of 3,500 terrorists, including 900 Lashkar-e-Islam (LI) were killed, leaving 992 hideouts destroyed. Army successfully seized 253 tons of explosives – enough to make IEDs from for at least 15 years (sic).

Though it had been the epicentre of all terrorist activities, Pakistan had long delayed operations in North Waziristan, as the region also provided shelter to its own Afghan terrorist proxy, the Haqqani Network. The Haqqani Network had long been accused by the United States of attacking allied forces in Afghanistan. Significantly, the are no reports to suggest that the Pakistani Army had killed even a single terrorist drawn from the Haqqani Network. According to unnamed tribal sources the Haqqani Network abruptly left the area, even as Operation Zarb-e-Azb commenced on June 15, 2014, allegedly tipped off by the military. Many Haqqani members shifted across the border to Afghanistan.

Notably, a July 7, 2014, report stated that up to 80 per cent of terrorists fled after rumours of an Army assault emerged in early May, most over the porous border into Afghanistan. Later, a March 8, 2017, report also confirmed that many terrorists managed to escape, slipping across the border to eastern Afghanistan.

Meanwhile, reports indicate that the terrorists who had escaped to other areas are ‘coming back home’. Journalist Ihsanullah Tipu Mehsud, covering Khyber Pakhtunkhwa for The New York Times, asserted, on August 3, 2020,

Fear has engulfed South and North Waziristan tribal districts with a rampant influx of terrorists in the area in recent months. Packs of Taliban fighters have been sneaking into Pakistan’s north-western region from hideouts just across the Afghan border. Pakistani officials and local residents worry that the American withdrawal from Afghanistan following a peace deal signed by the US and Taliban in February will further embolden the Pakistani Taliban’s return to the region.

Moreover, reports confirm that the unification process of the Tehreek-e-Taliban Pakistan (TTP) has begun. TTP had created havoc in the region, between 2007 and early 2014. On August 17, 2020, TTP confirmed that the breakaway Jamaat-ul-Ahrar (JuA) and Hizb-ul-Ahrar (HuA) had re-joined the group. JuA ‘chief’ Omar Khalid Khurasani and HuA ‘chief’ Omar Khurasani have pledged allegiance to the TTP ‘chief’ Noor Wali Mehsud, the TTP statement disclosed. JuA parted ways with TTP in 2014 after developing differences with the then leader of the group, Mullah Fazlullah. It had even condemned the TTP’s 2014 attack on the Army Public School. HuA was formed later, after JuA split into two groups. The regrouping of all faction of TTP under the leadership Noor Wali Mehsud is a matter of serious concern.

JuA and HuA are not the only groups that have re-joined the TTP lately. After the death of TTP-Hakimullah Mehsud (TTP-HK) group ‘chief’ Shehryar Mehsud on February 12, 2020, the TTP-HK under its ‘commander’ Mukhlis Yaar Mehsud, re-joined the parent outfit in July 2020.

We are worried that these people [terrorists] are reuniting once again. We fear that the peace we have achieved since the military offensive is being lost.

With the return of terrorists to North Waziristan and the reunification of TTP gaining momentum, violence is bound to increase and may adversely impact the overall security situation in the region.