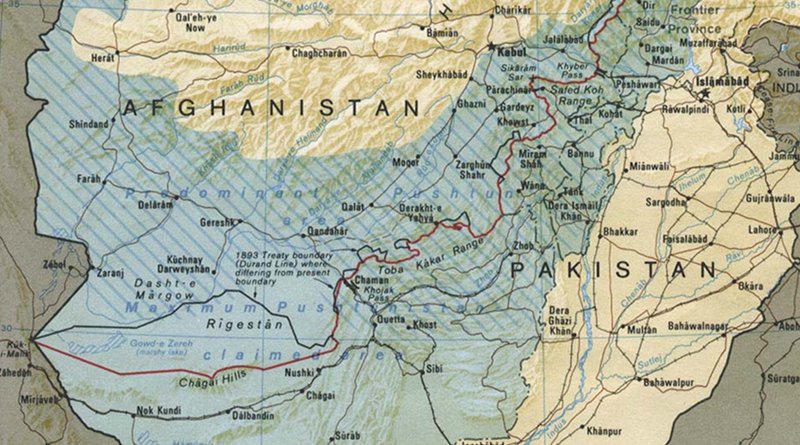 A Pakistani soldier was killed when militants from across the Afghan border attacked Security Forces’ (SFs’) post in the Bajaur District of Khyber Pakhtunkhwa (KP) on September 22, 2020.

A Pakistani Frontier Corps (FC) soldier was killed and another two were injured, after heavy mortar and weapons firing by militants, from across the border with Afghanistan, in the Binshahi Sector of the Lower Dir District in KP on August 5, 2020.

A solider, identified as, Lance Naik Samiullah, was killed when militants opened fire at an Army border check-post along the Pakistan-Afghan border in the Bajaur District of KP on July 29, 2020.

According to partial data compiled by the South Asia Terrorism Portal (SATP), since September 15, 2013, there were at least 114 such attacks in Pakistan by militants from across the border, in which at least 298 Pakistani SF personnel and 74 civilians have been killed, while another 306 sustained injuries (data till September 27, 2020). Five of these incidents (including the three mentioned above) resulting in nine deaths (eight SF personnel and one militant) were reported in 2020. In the worst incident of the current year (in terms of fatalities), three Army personnel were killed and seven were injured in cross-border firing by militants in the Bajaur District of KP on July 17, 2020.

The first militant attack, targeting fencing, from across the border reportedly took place on September 15, 2013. Major General, Sanaullah Khan and Lieutenant Colonel Tauseef, were killed along, with another soldier, Irfan Sattar, in an Improvised Explosive Device (IED) explosion the Pak-Afghan Border in the Upper Dir District of KP. The then Tehrik-e-Taliban Pakistan (TTP) ‘spokesman’ Shahidullah Shahid claimed responsibility for the attack. Border fencing gained momentum after April 2013 and became the target of the terrorists, as their free movement across the border was being restricted.

On the other hand, border-fencing linked clashes also take place between Afghan and Pakistani armed forces. According to partial data compiled by SATP, since April 2007, when the first such clash reportedly took place, there have been at least six such incidents, in which 48 persons, including 32 SF personnel and 16 civilians, have been killed (data till September 27, 2020).

Though the conflict over the legitimacy  of the Durand Line – the border imposed by Imperial Britain – between Pakistan and Afghanistan is more than a century old, the recent aggression linked to border-fencing started in September 2005 when Pakistan first announced that it had plans to build a 2,611-kilometre fence (1,230 kilometres in KP and 1,381 kilometres in Balochistan) along its border with Afghanistan, purportedly to check armed militants and drug smugglers moving between the two countries. But Afghanistan raised objections on the grounds that this was an attempt to make the disputed border permanent. After Afghanistan objections, the Pakistan authorities temporarily put the plan on hold.

Over a year later, on December 26, 2006, Pakistan again declared its plans for mining and fencing the border, but was again opposed by the Afghanistan Government. The then Afghan President Hamid Karzai stated, on December 28, 2006, that the moves would only hurt the people living in the region and would not stem cross-border terrorism.

The attempt to build the fence recorded the first border fencing-related skirmish in April 2007 in the then South Waziristan Agency. Pakistani SFs operating in South Waziristan made a three-tier security deployment on April 11, 2007, to stop cross-border infiltration by terrorists into Afghanistan. Pakistan fenced 12-kilometers of its border stretch with Afghanistan to ‘choke off’ cross-border infiltration, but Afghan troops tore down the fence on April 19, leading to a gun-battle, though there were no casualties.

Another attempt was made in May 2007 when Pakistan erected the first section of a fence in the Lowara Mandi area of North Waziristan on May 10, 2007, which led to cross border firing between Pakistan and Afghan forces in which at least seven Afghan soldiers were killed.

Despite Afghanistan’s opposition Pakistan later started excavation work on a several-hundred-kilometres-long trench along the Balochistan border in April 2013. Pakistan has since succeeded in making some progress. Providing details, Major General Asif Ghafoor disclosed, on January 27, 2019, that work on about 900 kilometres of fencing along the Pakistan-Afghanistan border had been completed. He added that work on another roughly 1,200 kilometres, the most sensitive portion of the 2,611 kilometres long border with Afghanistan, had commenced in 2018, and was expected to be completed by the end of 2020. According to latest information shared by the Inter-Services Public Relations (ISPR) on May 4, 2020, the fencing has been installed along more than 85 per cent of the border in KP, and almost 70 per cent in Balochistan. ISPR chief Major General Babar Iftikhar, in an interview on May 4, 2020, disclosed, “The stretch of Pak-Afghan border in Khyber Pakhtunkhwa is near completion and the work is speedily underway on the stretch in Baluchistan”.

The Chief of Army Staff (COAS) General Qamar Javed Bajwa asserted on August 24, 2020, that the Pak-Afghan border fencing would solidify ‘security and peace’.

Fencing along the Pakistan-Afghanistan border is being done to address Pakistan’s serious security concerns and is fully in accordance with the established norms of international law, without encroaching into Afghan territory.

Pakistan meanwhile continues to shell the bordering areas inside Afghanistan to deter the Afghan Forces from raising any opposition to the fencing. In July 2020, the Afghan border forces in Kunar Province claimed that they had tried to prevent border fencing activities by the Pakistani Army alongside the Durand Line, but Pakistani Forces started firing missiles into Kunar Province. On July 21, 2020, Afghan National Security Adviser Hamdullah Mohib, during a visit to the eastern provinces, asserted that the recent artillery attacks by the Pakistani military forces on Afghanistan’s eastern Kunar province would not go without a response.

According to official data submitted by the Afghanistan Government to the UN on February 22, 2019, over the period 2012-17, Pakistani forces fired nearly 29,000 artillery shells into Afghanistan, killing 82 people and injuring 187. Since January 2018, Pakistani troops had been involved in 161 violations and fired more than 6,000 mortar and artillery shells into Afghan territory. Though, there is no current official data regarding cross-border shelling, the Pakistani side has not ceased shelling into Afghanistan border provinces, with frequent reports in the media regarding such incidents. On July 20, 2020, for instance, the Kunar Province Governor’s spokesperson Abdul Ghani Musamim disclosed, “Pakistani forces have fired 29 artillery rounds into Sheltan district of eastern Kunar province over the last 24 hours.”

At least 22 persons were killed and 111 injured at Chaman International border in Qilla Abdullah District of Balochistan on July 30, 2020. Afghanistan accused Pakistan of killing 15 civilians and injuring 80 others during clashes. On Pakistan’s side, seven persons were killed and 31 injured. The Governor of Afghanistan’s Kandahar Province, Hayatullah Hayat, stated, on July 31, that shells fired by Pakistani SFs fell on homes in the border town of Spin Boldak, with women and children among 15 dead and 80 hurt. “If the Pakistani military continues its rocket attacks on Afghan territory, they will face retaliation by the Afghan army,” Afghanistan’s Defence Ministry stated.

The problem is that, under in the pretext of militancy, the Pakistan Army has been trying to legalise its century-old claims over the Durand Line by erecting the fencing unilaterally. In the context of the emerging situation in Afghanistan, volatility along the border is likely to increase over the foreseeable future.