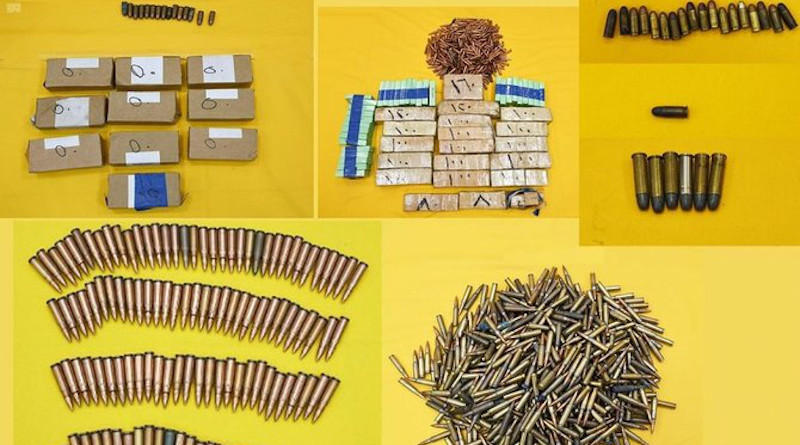 Saudi Arabia said it had overthrown a terrorist cell and seized a large amount of weapons, explosives, chemicals and electronic devices and equipment from a house and a farm. (SPA)

Saudi Arabia said on Monday it had broken up a terrorist cell, which included members trained in Iran.

A spokesperson for the Presidency of State Security said 10 members of the cell were arrested. Three of those arrested had received military and field training from Iran’s Islamic Revolutionary Guard Corps (IRGC).

The spokesperson said the identities of the suspects would not be revealed at present in the interest of the investigation.

The cell was formed between October and December 2017.

The security operation seized a large amount of weapons, explosives, chemicals and electronic devices and equipment from a house and a farm.

The state said Saudi authorities would conduct investigations with all the suspects to find out more information about their activities and those whom they have been in contact with, both inside and outside the Kingdom.