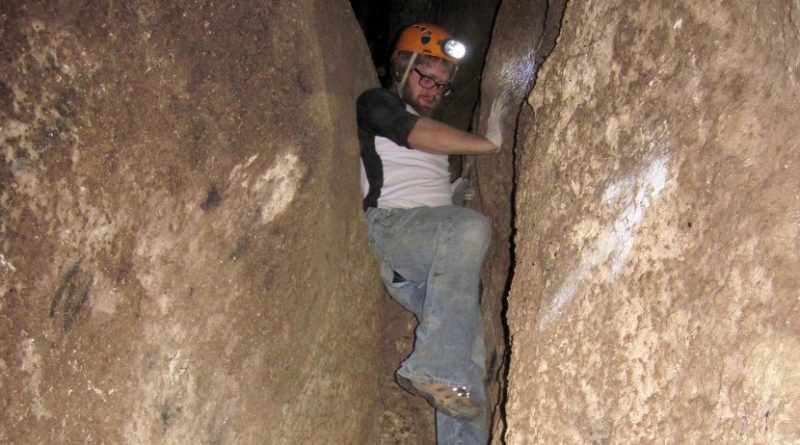 People have long known that bat guano – the polite term for what the flying mammals leave on the floors of caves where they live worldwide – is a valuable source of fuel and fertilizer, but now newly published research from University of South Florida geoscientists show that the refuse is also a reliable record of climate change.

In a new paper published this week in the research journal Scientific Reports, USF geochemistry Professor Bogdan Onac and PhD student Daniel Cleary report that isotopes found in bat guano over the last 1,200 years can provide scientists with information on how the climate was and is changing.

The scientists examined bat guano from a cave in northwestern Romania to produce new insight into how the climate in east-central Europe has changed since the Medieval Warm Period, about 850 AD.

Nitrogen cycling within temperate forests is very sensitive to changes in the amount of winter precipitation received each year. When nitrogen isotopes change in response to variation in winter precipitation over the past 2,000 years, this signature is transferred from the soil to plant leaves to insect to bat and ultimately guano.

“Luckily for scientists, the statement ‘you are what you eat’ also applies to bats,” Onac said.

Scientists frequently examine chemical records in natural substances to document how the climate has changed in the past, and to lend insight into how rapidly it is changing now. Scientists drill mud cores into the sediments under the oceans, ice cores in the Arctic and Antarctica, examine tree rings, or use the chemistry found in caves (stalagmites) as climatic proxies.

Bat guano is rich with nitrogen, and scientists know that nitrogen moves through the food change and through animals, where it is returned to the environment.  When bats return to the same location within a cave, guano piles beneath their roost can reach sizable dimensions. The researchers found in Mgurici Cave in Romania is a large three-meter pile of bat guano that has been accumulating for more than a thousand years.

Isotopic analysis of the guano pile in the Mgurici Cave resulted in a near annual record of winter precipitation for the region.  The location of this cave in the foreland of the East Carpathian Mountains means winter precipitation is modulated by the North Atlantic Oscillation (NAO), with wetter conditions influencing the availability of nitrogen within the surrounding forest system. Using historical records of precipitation, a relationship between winter precipitation and NAO phases was established.  Through this work, past phases of the NAO could then be reconstructed back to 1600 AD, Cleary said.

The work represents the first study to provide a paleo-record of this large scale atmospheric circulation pattern for East-Central Europe using cave bat guano. The USF researchers collaborated with Babes-Bolyai University in Cluj, Romania, and the University of Bremen in Germany.